For more than a year, health and safety protocols have prevented programs in the Football Bowl Subdivision from conducting the in-person evaluations so essential to compiling team-specific recruiting boards — the tiered, by-position ranking of prospects in a given recruiting cycle.

Amid the unique circumstances created by the coronavirus pandemic, the awkwardness caused by an inability to hold face-to-face meetings for most of the 2021 cycle was mitigated by several factors. For one, prospects in the 2021 class had been able to make unofficial visits to FBS campuses during the previous year, including up to the moment when the NCAA placed a moratorium on all visits as a result of COVID-19. In addition, every 2021 recruit had been able to provide game tape from an unabridged junior season, a luxury not afforded to many prospects in the 2022 cycle.

"The in-person piece of it is a big deal," said Nebraska running backs coach and recruiting coordinator Ryan Held. "We’re a little bit behind, all of us are. But everybody is on the same playing field when it comes to that, so it’s not like anyone has a competitive advantage." 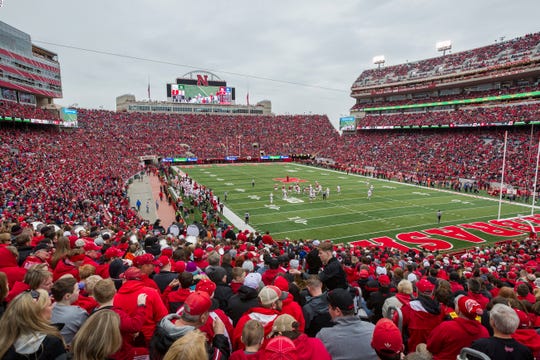 Beginning on June 1 and running through the 27th, FBS programs will be allowed to host official and unofficial visitors on campuses for the first time since the NCAA enacted a dead period last March. (Photo: John Peterson, AP)

With the pandemic winding down and COVID-19 vaccinations on the rise, the NCAA announced earlier this month a highly anticipated return to the normal recruiting calendar: Beginning on June 1 and running through the 27th, FBS programs will be allowed to host official and unofficial visitors on campuses for the first time since the NCAA enacted a dead period last March — ending a 445-day stretch in which coaches and recruits made eye contact on Zoom and FaceTime or not at all.

"The virtual thing showed us that there are a lot of different avenues and means to being able to recruit," said Maryland coach Mike Locksley. "But there’s still no substitution for that face-to-face, personality, get a feel for people and who they are."

On the heels of this unprecedented span, June promises to be unlike any period in the history of major-college recruiting. With thousands of prospects flocking onto campuses across nearly four open weeks and coaches now able to conduct workouts with unofficial visitors, the month will shock the FBS back into an established rhythm.

While teams have spent months preparing for the resumption of normal recruiting activities, the expected flood of visitors has the potential to strain the resources and manpower of every program.

"I absolutely have thought about it," South Carolina coach Shane Beamer said. "I think about it every single day in regards to what June is going to look like. It’s going to be crazy. June certainly will be unlike anything we’ve been a part of."

That will be preceded by another unique May. While coaches typically spend the month on the road performing in-person evaluations, May will be spent reviewing film inside football facilities, communicating with high school coaches and counselors, and putting the finishing touches on the recruiting schedule for June.

"Strategically, we’re looking at May as if we were on the road," said Notre Dame coach Brian Kelly. "So, making our presence felt from our office." 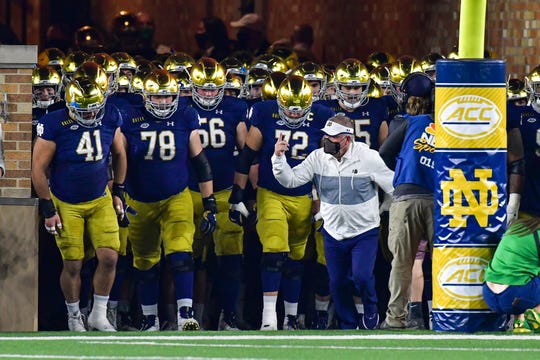 But it's on June 1 that the floodgates will open, with a stream of committed and uncommitted prospects arriving on FBS campuses just as coaches juggle the two biggest topics in roster management: the explosive popularity of the transfer portal and the uncertain number of scholarships available in 2022, when programs are expected to be required to return to the standard 85-scholarship limit after the NCAA granted a one-year respite to accommodate seniors who accepted another year of eligibility.

The matter of scholarship allotment moving forward looms over the entire landscape of football recruiting and has already led several big-name programs to adopt different tactics to remain flexible in the face of uncertainty.

"That goes back into account of balancing your roster," said South Alabama coach Kane Wommack. "Who do you bring on? How many years do they have left? All those things have to be factored in."

Each of the four open weekends before the resumption of another dead period on June 27 will be loaded with official visitors. For example, Ohio State is scheduled to host 16 prospects over the first weekend of June and another eight one week later, with numbers set to grow over the next month.

For coaches, these official visits allow for an in-person assessment of a visitor's height, weight and length, eliminating the hope-and-pray approach that led several programs to assign low-level staffers to surreptitiously double-check the measurables of 2021 recruits who enrolled in time for offseason workouts and spring practices.

With prospects as excited to visit as programs are to play host, coaches are largely working to arrange a specific type of official visitor: the uncommitted recruit planning on making a summertime decision. That will lead to a huge rise in the number of players committing to schools at a time when just 10 teams have 10 or more verbal commitments.

"It’s just a balance of every position coach managing their board and making sure as many of your top guys that are going to make summer decisions on campus as soon as possible," Held said.

Most programs will also be able to hold day camps on campus, particularly those in the Power Five conferences, while smaller schools in heavily recruited areas may piggyback on each other and conduct group events "to get as many evaluations as we can on kids," said Texas State coach Jake Spavital.

"It is going to be a busy summer," Spavital said. "It’s going to be different. And we’re going to have to work our way through it on a daily basis, because the rules are changing."

All unofficial visits will come with a twist: An NCAA waiver will allow coaches to put unofficial visitors through workouts to "provide recruiting opportunities for prospective student-athletes whose recruitment was impacted" by COVID-19. Coaches are expecting a swath of recruits to take advantage of the opportunity — 2022 recruits, rising underclassmen in the 2023 cycle and beyond, junior-college prospects and active players currently in the transfer portal could potentially earn a scholarship offer by making their way onto campus and going through individual workouts.

"The ability to evaluate when they come onto your campus I think is crucial in this process," Kelly said.

That's a potential benefit for programs that might be able to unearth a prospect flying under the radar after a coronavirus-influenced season, especially among the large number of scholarship-worthy JUCO prospects who may not have played at all in 2020. With many teams saving open scholarships for players in the portal, the chance to conduct personalized workouts will allow coaches to fill out depth charts and put the finishing touches on 2021 rosters.

There's only one potential drawback: Nearly the entire month of June will be a nonstop grind with no true analog in modern recruiting history. Coaches still welcome the opportunity.

"From the time it opens up June 1, I would hope that we have prospects here every single day until it goes to the dead period," said Beamer.