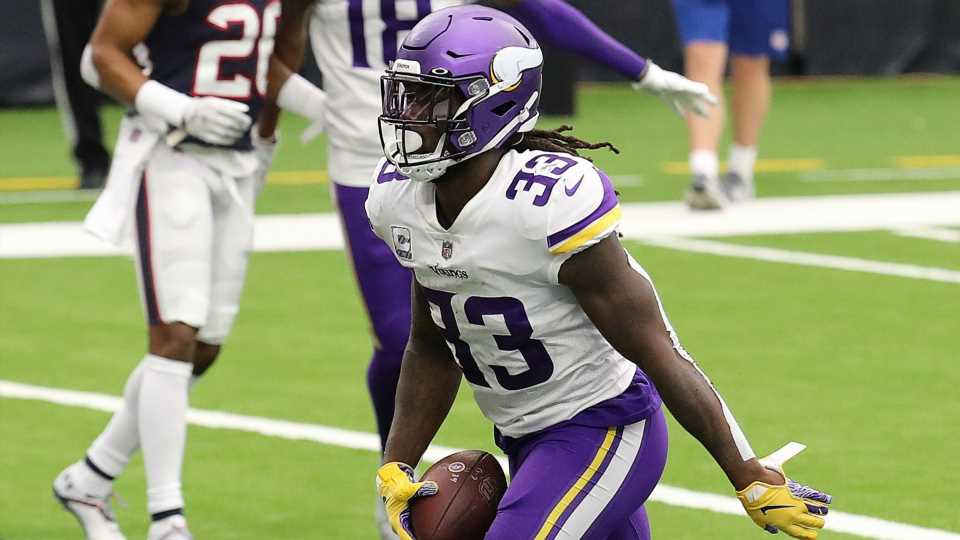 Dalvin Cook (shoulder) was out last week and will be “questionable,” at best, for Week 14’s Thursday Night Football showdown against the Steelers. His availability will have a big effect on Week 14 fantasy RB rankings and start ’em, sit ’em decisions, so knowing the latest injury updates will be key ahead of your first lineup call of the week.

We’ll continue to update this article with news on Cook up until the official active/inactive report comes out on Thursday around 6:50 p.m. ET. For all the latest fantasy updates, follow us on Twitter @SN_Fantasy.

Last week, ESPN’s Adam Schefter reported Cook is expected to be out through Week 14, so it wasn’t a surprise when Cook was listed as a “DNP” for Monday’s estimated practice. It remains likely that he’ll be out, but let’s dive into the fantasy effects of him playing or not playing.

If Cook manages to suit up, he’s obviously a must-start and the Steelers’ defense gives up the ninth-most fantasy points per game to running backs. He’ll be ranked inside the top-10 RBs, even if it’s possible he’ll receive less touches than usual.

If he’s out, go ahead and consider Alexander Mattison a must-start, too. There’s been virtually no drop-off in production from Cook to Mattison, as Mattison has scored 20-plus PPR points in all three of his starts. Again, the Steelers defense isn’t nearly as good as we usually view it, so don’t be afraid of starting a “backup” RB in this spot.

The Vikings love to feed all of the backfield touches to one guy, so we rank Mattison as our RB6 in PPR and standard leagues. There’s no point in starting Kene Nwangwu, but it’s worth noting he could be a sneaky bench stash if something happened to Mattison.