Baker Mayfield outduelled Philip Rivers on a mixed night for both quarterbacks as the Cleveland Browns beat the Indianapolis Colts 32-23 to record their first four-game winning-streak in 11 years.

Both Mayfield and Rivers threw two interceptions apiece, the latter seeing his returned for a costly pick six having also given up two points with a safety in what proved defining moments. 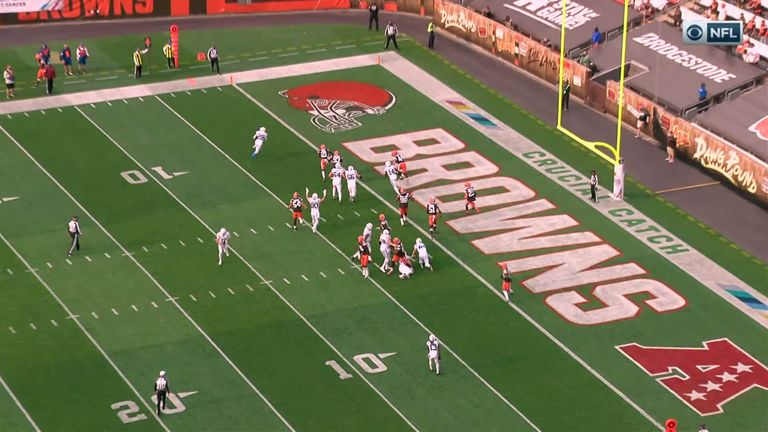 Cody Parkey kicked the Browns into an early lead with a 24-yard field goal, to which the Colts responded with a four-yard touchdown run from Jonathan Taylor after Rivers had connected with Marcus Johnson for a 36-yard pickup on third-and-six earlier in the nine-play drive.

Jarvis Landry boosted the Browns’ response with a stunning 18-yard catch over the shoulders of linebacker Bobby Okereke, who was then beaten in a closely-contested catch by Austin Hooper on third and 10. Later in the drive rookie Colts safety Julian Blackmon produced a forceful open-field tackle to stuff Mayfield, before Beckham Jr was then halted at the Colts’ two-yard line on fourth and one.

The Browns finally got over the line three plays later when Mayfield escaped pressure brilliantly to skirt right and toss a two-yard touchdown pass to Kareem Hunt to cap a 14-play drive. 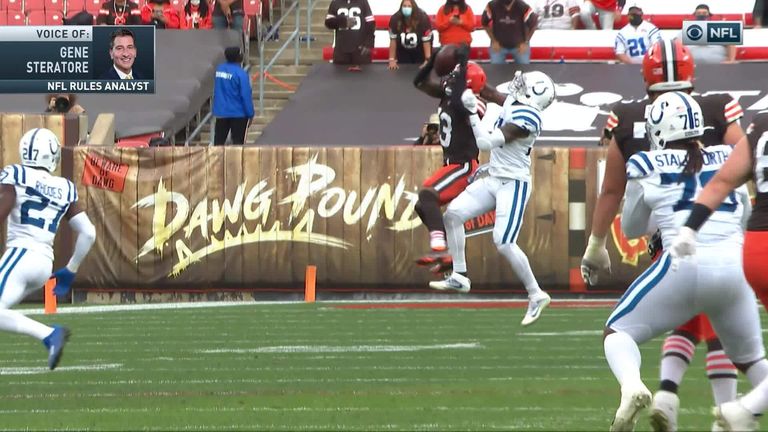 Rivers found Ashton Dulin for a 34-yard gain on the next possession, but the Colts were limited to a 32-yard field goal from Rodrigo Blankenship.

Beckham Jr sorcery followed, the Browns receiver coming down with a miraculous 26-yard catch in touch-tight coverage, with the ball somehow balancing on his arm and avoiding contact with the ground. It continued a drive that would see Mayfield scramble for 16 yards, before firing a laser to Rashard Higgins for a 15-yard touchdown.

After forcing the Colts to punt, the Browns conjured another trick play as Beckham Jr linked up with Hooper for 18 yards on the way to a late first half Parkey field goal. 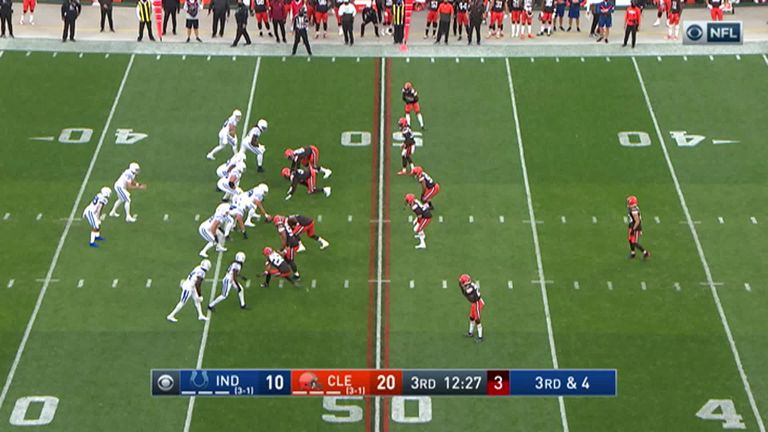 Having almost picked off Rivers earlier in the game, Browns safety Ronnie Harrison didn’t waste a second opportunity as he snatched a dreadful pass intended for T.Y. Hilton and returned it to the house for a 47-yard touchdown.

The Colts replied immediately thanks to a 101-yard kickoff return from Isaiah Rodgers to make it a 10-point game, before Okereke supplied a timely interception on Mayfield on the next drive.

Blankenship’s 37-yard field goal made it a seven point game with four minutes to play in the third quarter and after the Colts held the Browns to a punt they then saw Rivers give up a safety for an intentional grounding early in the fourth. 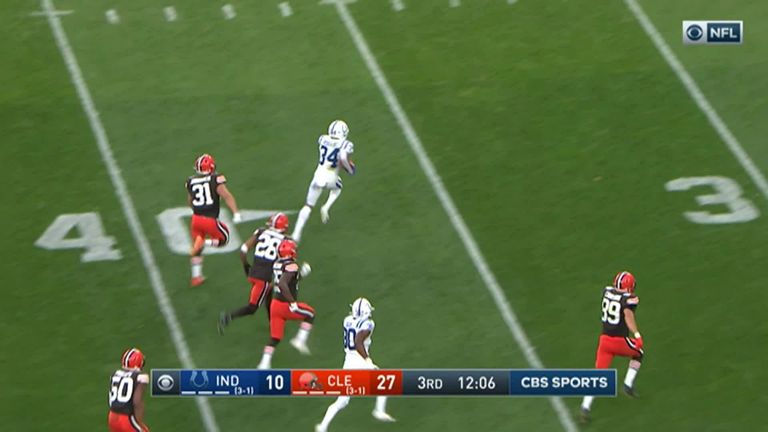 Another Rivers mistake followed, the veteran this time throwing a dismal interception to Sheldrick Redwine, who had come in for his first defensive snap of the season on the previous play.

Mayfield himself was then intercepted by Anthony Walker, but the Colts could only turn the ensuring drive into a 25-yard Blankenship field goal. The Browns sealed the win with a 46-yard field goal from Parkey to move to 4-1 for the first time in 26 years.