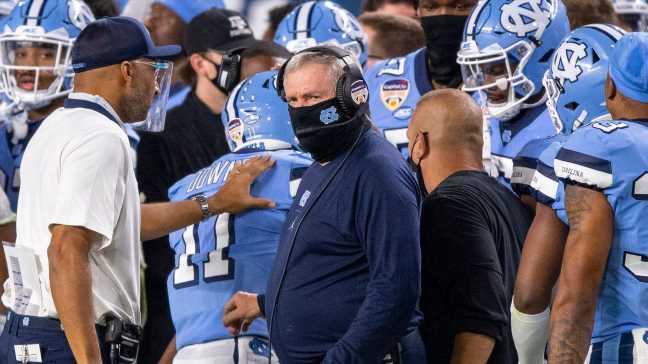 North Carolina linebacker Jeremiah Gemmel, who was on the team when UNC won five total games over the span of two dreadful seasons, said he can still remember the lackluster energy around the football facility in 2017 and 2018. Whether he was walking into the weight room or the training table, he said, it was palpable.

That began to change, Gemmel said, during the first team meeting with coach Mack Brown. He described Brown’s demeanor that day as “so genuine,” that he “immediately grabbed trust out of the team.”

“When Coach Mack came in and brought his staff in,” Gemmel said, “he brought the positivity and enthusiasm that completely changed the whole program around.”

For the second time in his career.

Brown compiled a 69-46-1 record at North Carolina from 1988 to 1997. From 1992 to 1997, Brown helped lead the Tar Heels to six consecutive bowl games, earning the respect of much of the fan base for raising football’s profile at what’s perceived to be a basketball school.