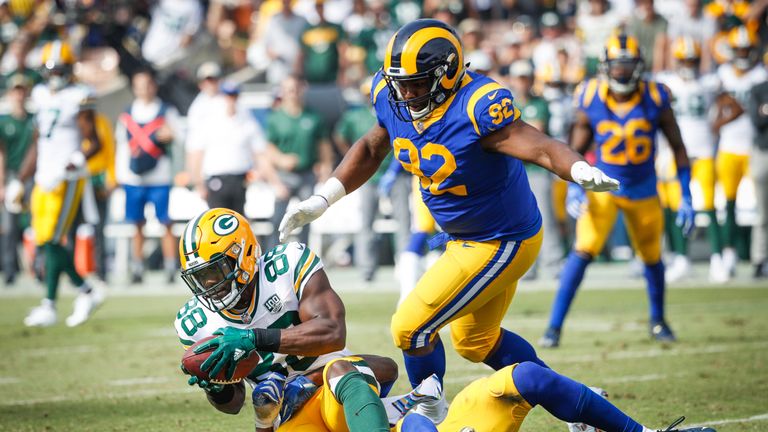 The Green Bay Packers were busy before Tuesday’s NFL trade deadline, moving safety HaHa Clinton-Dix on to the Washington Redskins and running back Ty Montgomery to the Baltimore Ravens.

Washington will send Green Bay a fourth-round draft pick for Clinton-Dix, according to multiple reports, while the Ravens have reportedly given the Packers a 2020 seventh-round pick in exchange for Montgomery.

Clinton-Dix, who turns 26 in December, is in the fifth-year option of his rookie deal after the Packers took him 21st overall in the 2014 draft. He had indicated earlier this year he didn’t anticipate returning to the team when he hit free agency in March 2019.

Clinton-Dix has three interceptions, a sack and a forced fumble in seven games this year. He did not miss a game in four-plus seasons with the Packers, totalling 390 tackles, 14 interceptions and 25 passes defensed.

As for Montgomery, his trade comes two days after he lost a fumble on a kick-off return late in Green Bay’s game against the Los Angeles Rams, as they were trailing 29-27.

Head coach Mike McCarthy said Montgomery was supposed to take a touchback if the kick-off reached the end zone. Instead, he fumbled the ball in attempting to catch and run with it. The Packers did not get the ball back, and the Rams ran out the clock to clinch victory.

The 24-year-old has 26 carries for 105 yards and a touchdown, plus 15 catches for 170 yards in seven games this season. He is entering the final year of his rookie contract after Green Bay took him in the third round of the 2015 draft.

A wide receiver coming out of college, Montgomery transitioned to running back during the 2016 season and has stayed there since. He has 849 rushing yards (4.8 average per attempt) and 827 receiving yards (8.5 average) with 10 total touchdowns through 36 games.