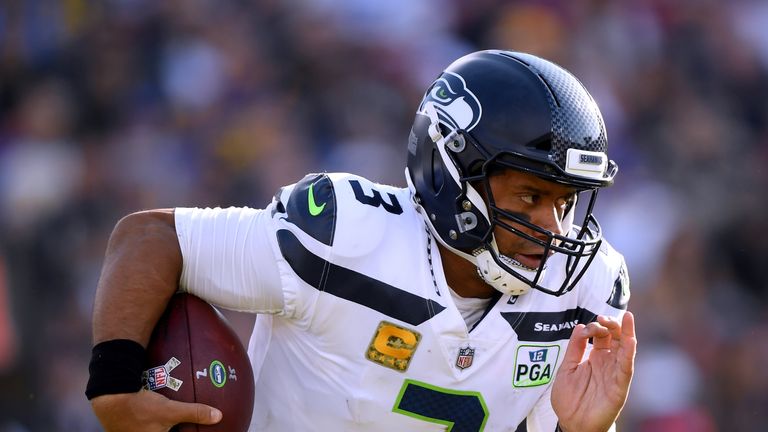 Week 11 kicks off with a match-up between the Green Bay Packers and Seattle Seahawks on Thursday Night Football, live on Sky Sports Action and Main Event from 12.30am. Here’s what you can expect…

The Packers (4-4-1) trail the Bears and Vikings in the NFC North, and come in needing a win to keep up. They are coming off a dominating home win over the Dolphins, but ‘home’ is the key thing to focus on.

They are undefeated at Lambeau Field (4-0-1) but have not won a game on the road (0-4). They will be aiming to break that streak in one of the toughest stadiums to travel to (CenturyLink Field).

Seattle (4-5) have their own two-game losing streak, but it has come against a pair of the NFL’s hottest teams – the Chargers and Rams. However, a win will get them right back in wild card contention.

The Seahawks have been middling – as their record suggests. They are 22nd in yards per game and 15th in points per game on offense, and are the 12th-best team in defensive yards and ninth-best in defensive points allowed.

Seahawks quarterback Russell Wilson has thrown at least three touchdown passes and recorded a passer rating of 120 or higher in four of his past five games.

Packers’ defense versus Seahawks’ running game. When Seattle were enjoying their dominant run from 2012-16, they did so with a ground-and-pound rushing attack paired with a game-winning defense. They have one half of that this season, with their 152.2 rushing yards per game leading the NFL.

Chris Carson, who leads the team with 497 yards on 111 carries, returns after missing last week’s game with a hip injury. Rookie Rashaad Penny enjoyed a breakout in that game against the Rams with 108 yards on just 12 carries, and every team must account for Wilson as a runner – he has 210 yards of his own this season.

The Packers rank 22nd against the run, but interior lineman Kenny Clark has the capability to be a game-wrecker. Linebacker Blake Martinez is questionable – his presence (or lack thereof) will be crucial to the team. 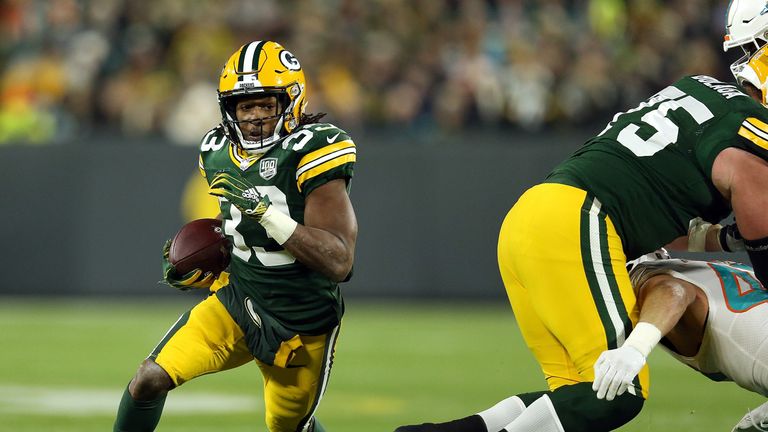 Any time we have the opportunity to watch one of the all-time greats in Aaron Rodgers, we should enjoy the spectacle. However, he has only won once at on the road in Seattle in four attempts. Can he bring his best on Thursday night?

Randall Cobb is out, so expect another big game from star wideout Davante Adams (11th in the league in receiving yards). But Jones could be the most electrifying player for Green Bay and with a 6.8 yards per carry average, he is capable of breaking a huge run on any given play.

Wilson leads the way for the Seahawks with 21 passing touchdowns and just five picks. A third of those scores have gone to Tyler Lockett, who has found the end zone in seven of the team’s nine games this season. One matchup to watch closely is how Green Bay rookie corner Jaire Alexander handles Lockett – Alexander has been an outstanding addition to the Packers’ secondary.

Watch the Green Bay Packers play the Seattle Seahawks on Thursday Night Football, live on Sky Sports Action and Main Event from 12.30am on Friday morning.