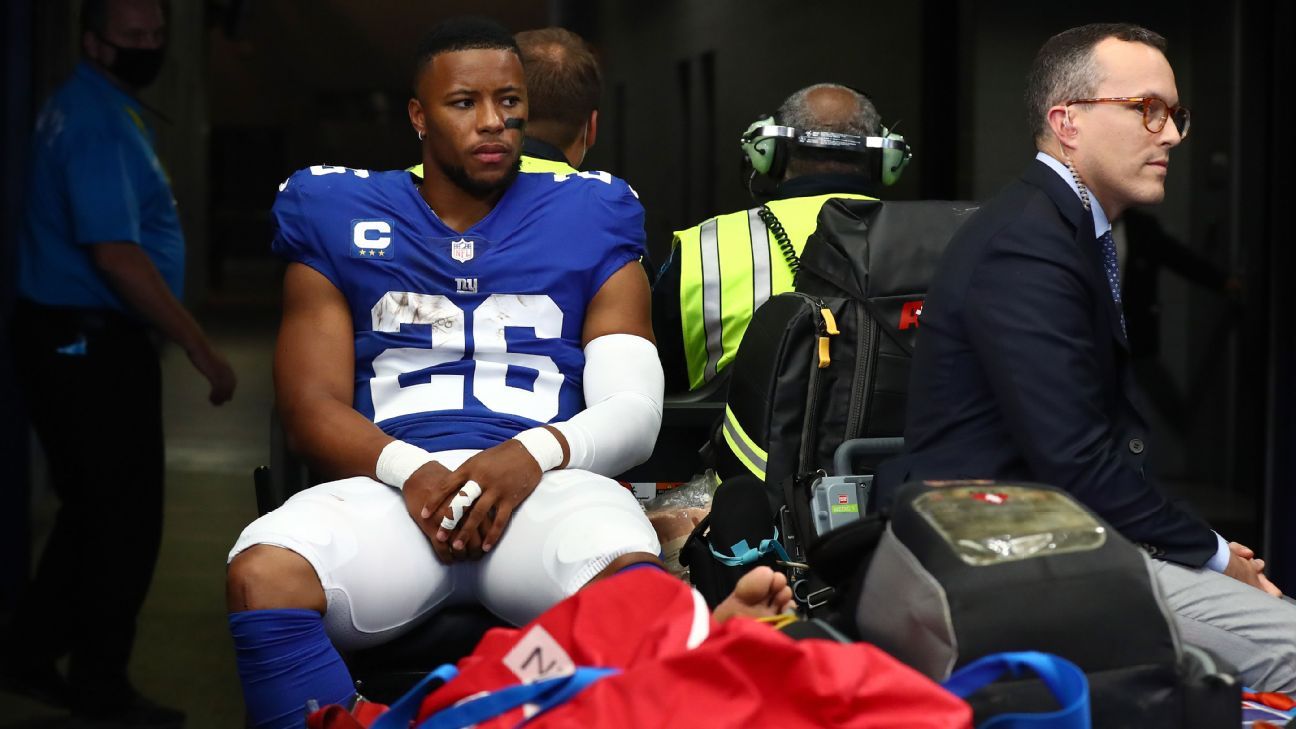 New York Giants running back Saquon Barkley and quarterback Daniel Jones were carted off during Sunday’s game against the Dallas Cowboys and will not return.

Wide receiver Kenny Golladay was also ruled out at halftime with a knee injury.

Jones suffered a concussion after getting hit while trying to get into the end zone on a third-down run late in the second quarter.

Barkley’s left foot turned sideways when he stepped on the foot of Dallas cornerback Jourdan Lewis in the first quarter after an incomplete pass in his direction. He limped off the field in significant pain.

The Giants star running back was shown on the sideline with his shoe off and his ankle severely swollen. He banged his arms against his legs in disgust before being taken to the locker room.

Jones collided helmet to helmet with Dallas linebacker Jabril Cox near the goal line. He fell to the ground and his facemask slammed against the turf.

The Giants starting quarterback got up slowly after the hit and looked woozy. He eventually stumbled before the officials and teammates kept him on his feet. The cart came out for Jones and he was taken to the locker room immediately. Mike Glennon took over at quarterback.

Barkley’s injury comes just as he seemed to be returning to full health following a torn ACL last season. He scored the game-winning touchdown last week in overtime to beat the New Orleans Saints, and also had a 54-yard touchdown reception in the fourth quarter.

Barkley came into Sunday’s contest with 52 carries for 186 yards and two touchdowns.