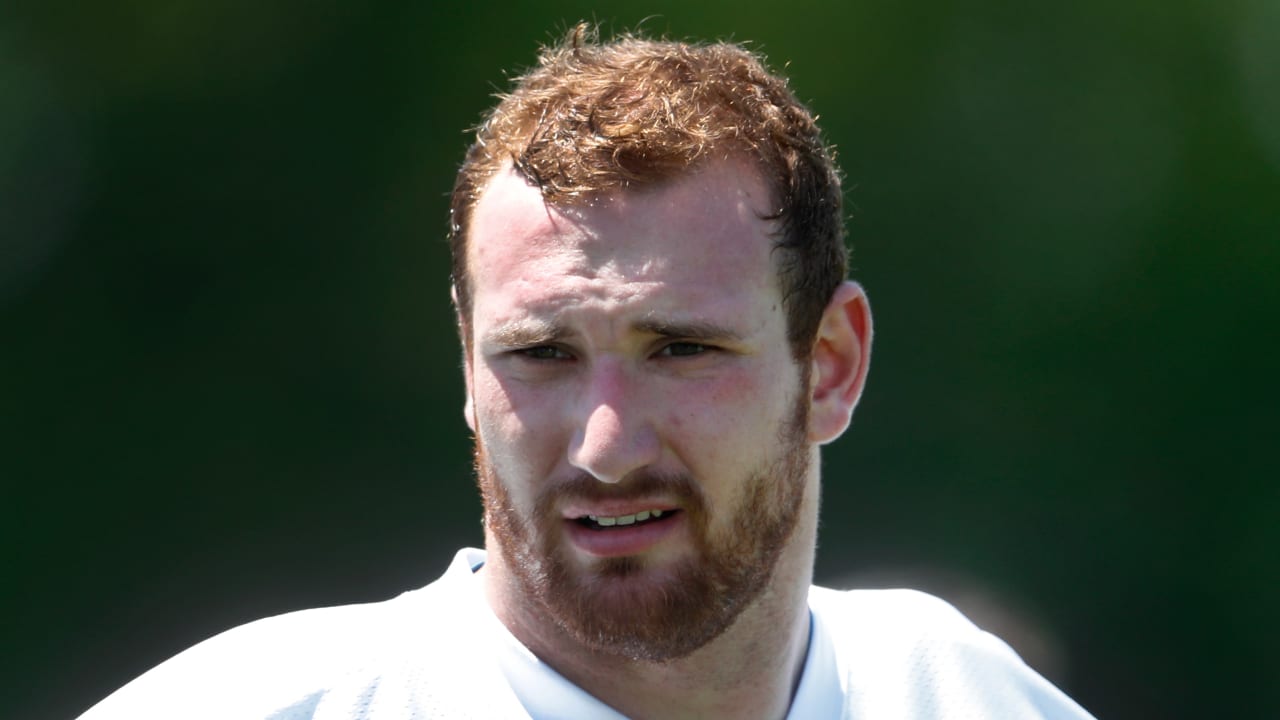 ﻿Frank Ragnow﻿’s fractured throat has kept him out for the last two weeks, a period of time in which Ragnow was entirely focused on preserving his vocal cords for the future.

That meant Ragnow couldn’t speak at all for two weeks. In that span, he was named a Pro Bowler, something a player might celebrate with his family or friends with a phone call. Not Ragnow.

“I wanted to FaceTime my mom and I literally couldn’t talk to my mom,” Ragnow said Friday, via the team’s official website. “That was just frustrating wanting to celebrate with my family because they were really excited.”

Ragnow could return for Detroit’s final game of the 2020 season on Sunday, having been participating in the Lions’ practices this week in limited fashion and landing on the end-of-week injury report as questionable (throat).

He sounded better during his first visit with media members since suffering the injury in a game against Green Bay, and acknowledged his long-term use of his voice was more important than playing in a few late-season games.

“The main concern these past couple weeks have been my vocal cords and really my voice in general,” Ragnow said. “Otherwise, I would try to be out there, but I didn’t want to mess with my voice for the rest of my life.”

Missing time wasn’t easy, Ragnow said, especially when Ragnow knew he was fine physically, he just couldn’t speak — a vital ability for a lineman who is in charge of making pre-snap calls for the rest of the group. Ragnow admitted he felt guilty about not playing, but he did benefit a little from his silent time, even if it didn’t sit well with his significant other.

“My fiancee wasn’t too happy with me, because, you know, I’d use it to my advantage,” Ragnow explained with a slight smile. “Like ‘Hey, can you do the dishes?’ Can’t talk, I can’t answer, and all kinds of stuff like that.”

Ragnow said he doesn’t know exactly how it happened, but believes his throat fracture was caused by pads hitting him in the neck in an odd fashion. Ragnow said he knew something wasn’t good when he was struggling to speak, comparing the sound of his voice to a dog’s broken squeaky chew toy.

He eventually learned of the nature of his injury and set about following doctors’ guidance in order to allow his injury to heal. With the Lions out of contention and playing under an interim head coach, Detroit’s chances didn’t quite hinge on Ragnow’s participation.

He’s now on track to make a full recovery, and enters 2021 as one of the league’s most promising young centers. We’ll see if he can suit up for a final go-around this season, but his future remains bright — with his voice intact for the road ahead.