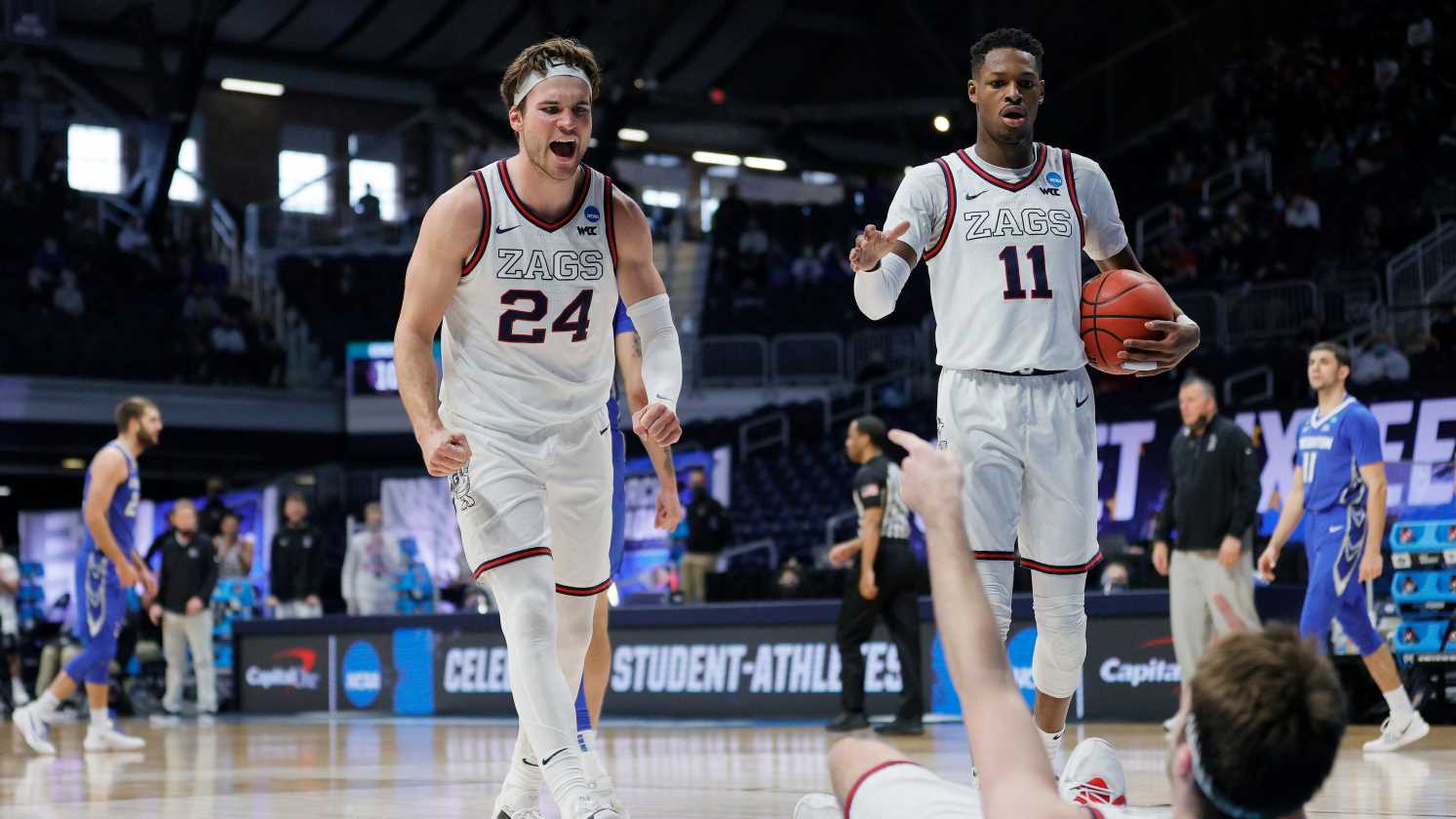 After an exhilarating start to the second weekend of the men's NCAA Tournament – a No. 12 seed reaching the Elite Eight and a No. 15 nearly doing the same – the second day of the Sweet 16 has arrived.

In the first game, top overall seed Gonzaga flexed its dominance in a blowout of Creighton to advance to the Elite Eight – the program's second in a row and fifth overall.  In the second, Michigan showed its supporting cast can step up in routing Florida State. The Wolverines are still showing they're worthy as a No. 1 seed without Isaiah Livers.

A look at the winners and losers from Sunday's slate of Sweet 16 games:

Gonzaga. The Bulldogs (29-0) put on yet another offensive clinic in an 83-65 drubbing of Creighton to reach the Elite Eight. This victory showed how the scoring can come from multiple facets as Andrew Nembhard had a stellar stat line with 17 points and eight assists. The go-to force for the 'Zags as of late has been Drew Timme (22 points, six rebounds) and the Bluejays had no answer for the big man.

Michigan. The Wolverines (23-4) have been counted out this tournament because second-leading scorer Livers is out. But they've established a new identity, while driving off the success of a dominant season, to silence critics – now on the cusp of a Final Four berth. They looked especially strong in a 76-58 win over Florida State, pulling away late in the second half behind the major boosts of role players Brandon Johns Jr. (14 points, six rebounds) and Chaundee Brown (12 points).

Drew Timme of the Gonzaga Bulldogs celebrates with Corey Kispert and Joel Ayayi against the Creighton Bluejays during the second half in the Sweet Sixteen round game of the 2021 NCAA Men's Basketball Tournament at Hinkle Fieldhouse. (Photo: Sarah Stier, Getty Images)

Creighton. The Bluejays (22-9) had their breakthrough season by finally getting to the Sweet 16 after years of Round of 32 walls. But they had a tall task – perhaps the tallest – in trying to knock of the tournament favorite in Gonzaga. While the 'Jays have the ability to match the 'Zags from the perimeter, they couldn't manage the same in the frontcourt. Veteran guard Marcus Zegarowski (19 points) led the way again but Creighton just didn't have enough weapons to match the top overall seed.

Florida State. The Seminoles (18-7) just didn't have enough weapons to compete with Michigan and despite carving into the deficit midway through the first half, the Wolverines' counter-punch was too much for FSU to handle. Malik Osborne led the 'Noles with 12 points in the loss. Coach Leonard Hamilton had an ACC title team last season (with NBA lottery picks Devin Vassell and Patrick Williams) that would've competed for a championship, but the firepower on this roster was absent.