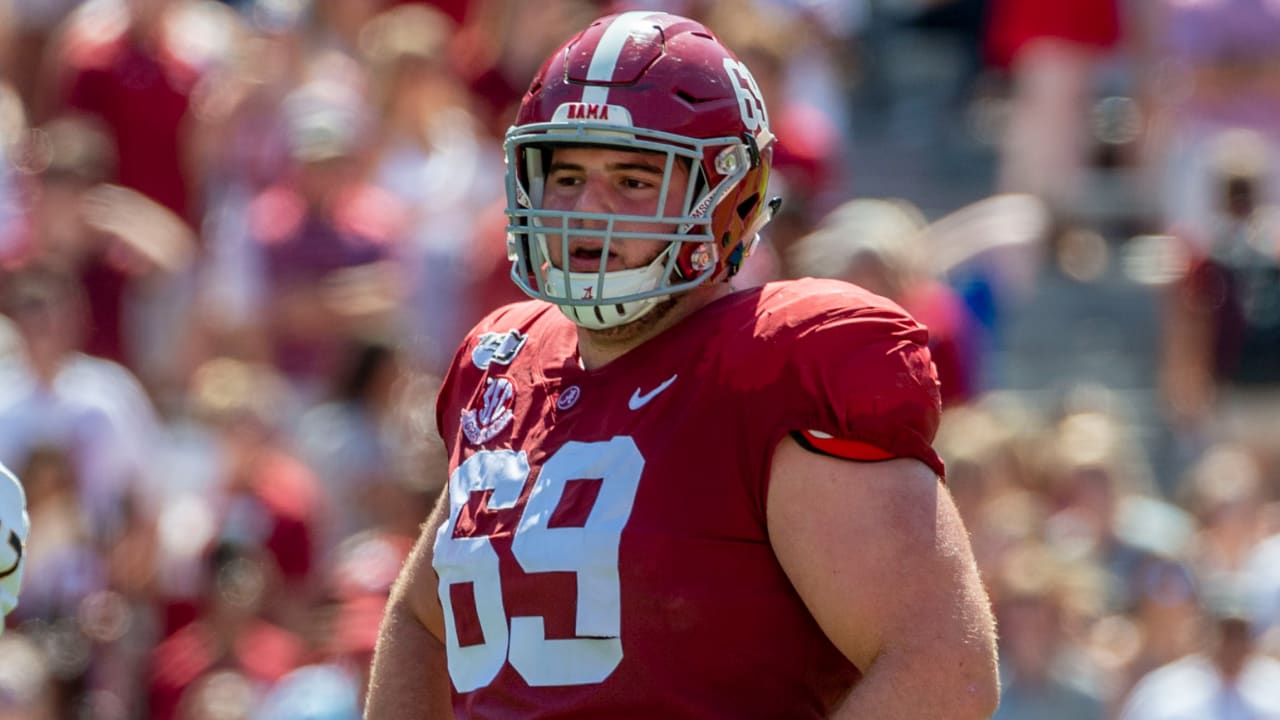 The Philadelphia Eagles populated their offense with yet another player from Alabama on Friday in selecting center Landon Dickerson, just a day after taking Crimson Tide wide receiver DeVonta Smith to work with former UA QB Jalen Hurts. Addressing its offensive line was among the Eagles’ primary draft needs, and Dickerson will infuse both toughness and interior versatility.

Dickerson (6-foot-6, 333 pounds) started seven games as a true freshman at Florida State before an ACL injury, and later transferred to Alabama, where he started two seasons and won the Rimington Trophy last year as college football’s top center. He was considered the heart-and-soul emotional leader of an offensive line that won the Moore Award as the nation’s best OL unit in 2020. Dickerson plays with an edge, blocking to the whistle and agitating defenders with a relentless style. He’s versatile as well, having played guard while at FSU and making four starts at guard for Alabama in 2019.

Hailed as an ideal teammate at the college level, Dickerson can be a fun presence in the locker room and even out of it — evidenced by his panning of two Mac Jones interviews during Alabama’s pro day workouts. Between an Army crawl and a string of cartwheels, he impressed clubs with his workout and social media alike.

Medical concerns were among scouting questions about Dickerson — he suffered another ACL tear in Alabama’s SEC Championship Game win over Florida last December, and also dealt with ankle injuries at FSU. The latest injury prevented Dickerson from competing at the Reese’s Senior Bowl, but he participated in meetings throughout the practice week.