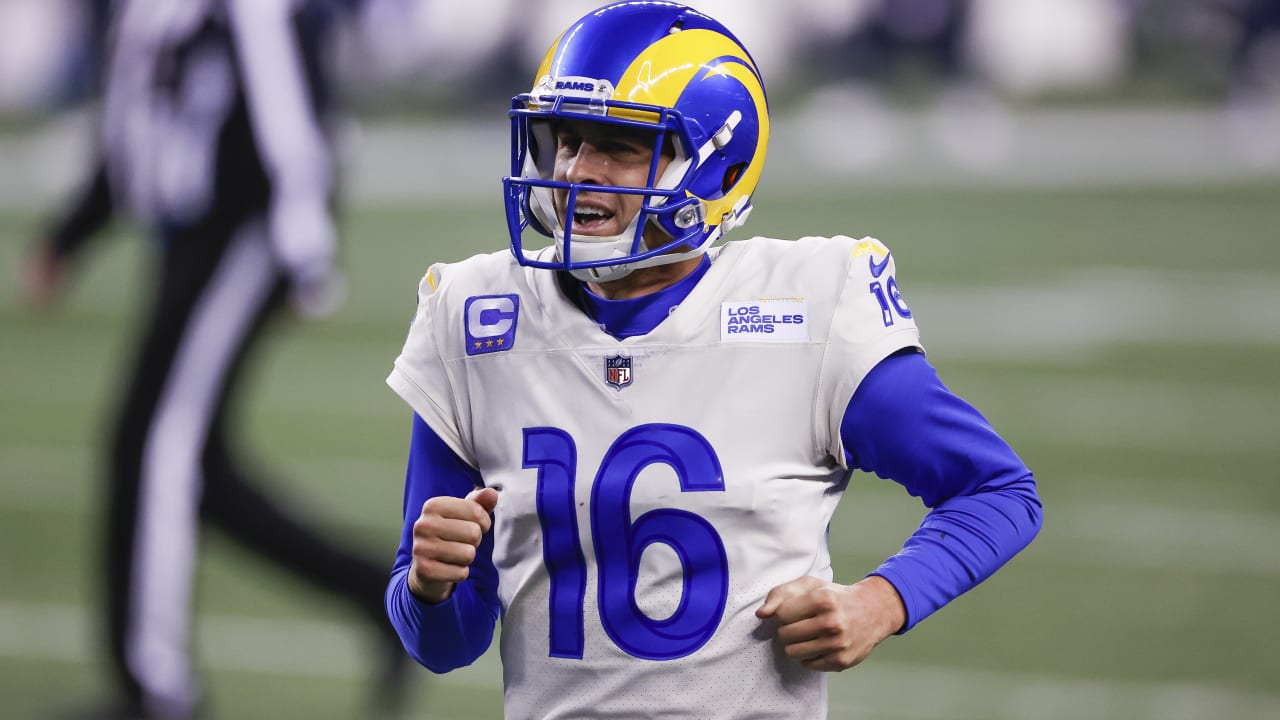 Despite a neck injury to John Wolford , Jared Goff playing with a bum thumb and Aaron Donald injuring his ribs, the Los Angeles Rams have returned to the NFC Divisional Round for the first time since they advanced to the Super Bowl two seasons ago. Led by stellar defensive play and a host of Matt Gay field goals, the Rams downed the rival Seattle Seahawks, 30-20, on Saturday in NFC Super Wild Card Weekend action.

1) The Rams remain perfect under Sean McVay when leading at halftime. L.A. sprinted out to a 20-10 lead at the break and pulled away in the fourth quarter thanks to a defense that smothered Seattle, holding the Seahawks to 28 net yards on their first five second-half possessions as the Rams built a three-score lead. L.A’s offense pounded the rock, and Jared Goff avoided the catastrophic mistake as the Rams took the season’s rubber match. Goff took over on the second drive of the game when starter John Wolford took a shot to the head by Seahawks safety Jamal Adams﻿. Wolford suffered a neck injury on the play and later was taken to the hospital for precautionary reasons. Goff recently had three pins inserted into a broken thumb suffered against these Seahawks in Week 16. At times you could tell the QB was playing with a broken digit, with the ball wobbling and fluttering out. Completing 9 of 19 passes, for 155 yards and a TD, Goff wasn’t efficient. But no one should have expected him to be, considering the circumstances. You have to credit the signal-caller for gutting through the situation and sending his team to the Divisional Round. It’s impressive he was able to play at all. The question moving forward is how Goff’s thumb reacts and Wolford’s health after the crushing hit. McVay told reporters after the game

2) Facing a team whose starting quarterback was sent to the hospital, it’s backup playing with a barely functional throwing thumb, and top defender (﻿Aaron Donald﻿) sidelined most of the second half with a rib injury, Seattle laid an egg. The Seahawks offense got mauled by a great L.A. defense. Russell Wilson was befuddled, under pressure, and he missed passes left and right. The Seahawks’ passing game got next to nothing done outside of broken plays, and there was zero flow and less cohesiveness until the contest was out of reach. Wilson finished 11 of 27 for 174 yards, two TDs, and he threw a game-changing pick-six in the first half. The offense, which had struggled for weeks to move the ball consistently fell apart in the postseason. Seattle compiled just 278 total yards, 11 first downs and didn’t record a first down on seven of 14 possessions. What was once a promising season for Wilson deteriorated. Fittingly, the Seahawks season ended on Wilson’s fifth sack of the day.