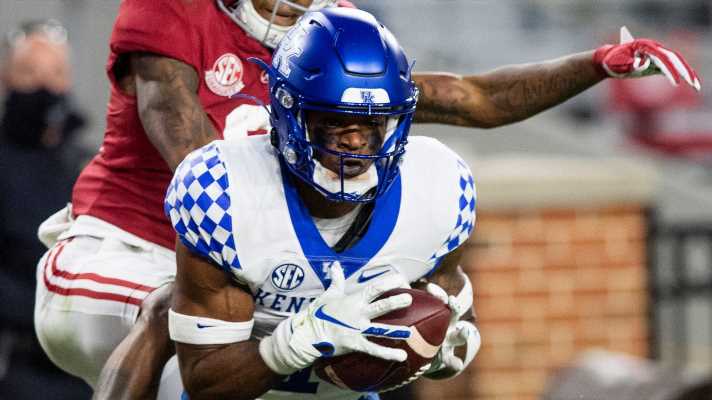 FRISCO, Texas — The bad news for the Dallas Cowboys on Day 1: Their coveted cornerbacks left the board just before Jerry Jones and Co. jumped on the clock.

The good news? After trading back and grabbing Penn State linebacker Micah Parsons in the first round Thursday, the Cowboys enter Day 2 of the 2021 NFL draft with four more top-100 selections. Draft capital to snatch a corner abounds. So, too, could they target needs at defensive tackle and safety—two positions completely shut out of the first round.

“We need to just keep steadying the boat and make the picks.”

The Cowboys’ top remaining needs include cornerback, safety, defensive tackle and offensive line depth. They’re scheduled to draft in the second round at pick 44. In the third round, they’ll circle back at 75, 84 and 99.

Here are potential prospects they could target:

Defensive tackle: Christian Barmore from Alabama highlights this position. Barmore would be fantastic value for the Cowboys if he drops to pick 44. Dallas ranked second worst against the run last season; Barmore, meanwhile, was the 19th best player on USA TODAY Sports’ prospect rankings. Could the Cowboys package their bevy of third-rounders to move up in Round 2? They might be hesitant, but if Barmore doesn’t immediately fly off the board Friday evening—the line is open.

Cornerback: The Cowboys could look to prospects like Georgia’s Tyson Campbell, Syracuse’s Ifeatu Melifonwu, Kentucky’s Kelvin Joseph and Minnesota’s Benjamin St-Juste. While more talented players like Florida State’s Asante Samuel Jr. and Washington’s Elijah Molden remain, the Cowboys aren’t in the market for a nickelback so much as a long lean corner who can track receivers well and ideally make plays on the ball. Dallas let Byron Jones depart to Miami in 2020 free agency; Chidobe Awuzie signed with the Bengals this offseason. Each played out his rookie contract with Dallas after being selected in the first (Jones, 2015) and third (Awuzie, 2017) rounds. The Cowboys re-signed nickelback Jourdan Lewis. Defensive coordinator Dan Quinn could use length at the position. Head coach Mike McCarthy made clear they’d prefer speed, too.

Safety: Could TCU safety Trevor Moehrig stay in the Dallas-Fort Worth metroplex? Moehrig, USA TODAY Sports’ 20th best prospect, would land Dallas a first-round value in the second. The Cowboys have invested less at safety than any other position, and it shows when all but five teams allowed fewer passing touchdowns than they did in 2020. The Cowboys might be hesitant to wait til Round 3 for a cornerback, but upgrading the back end of the secondary with a talent like Moehrig would be well worth it.