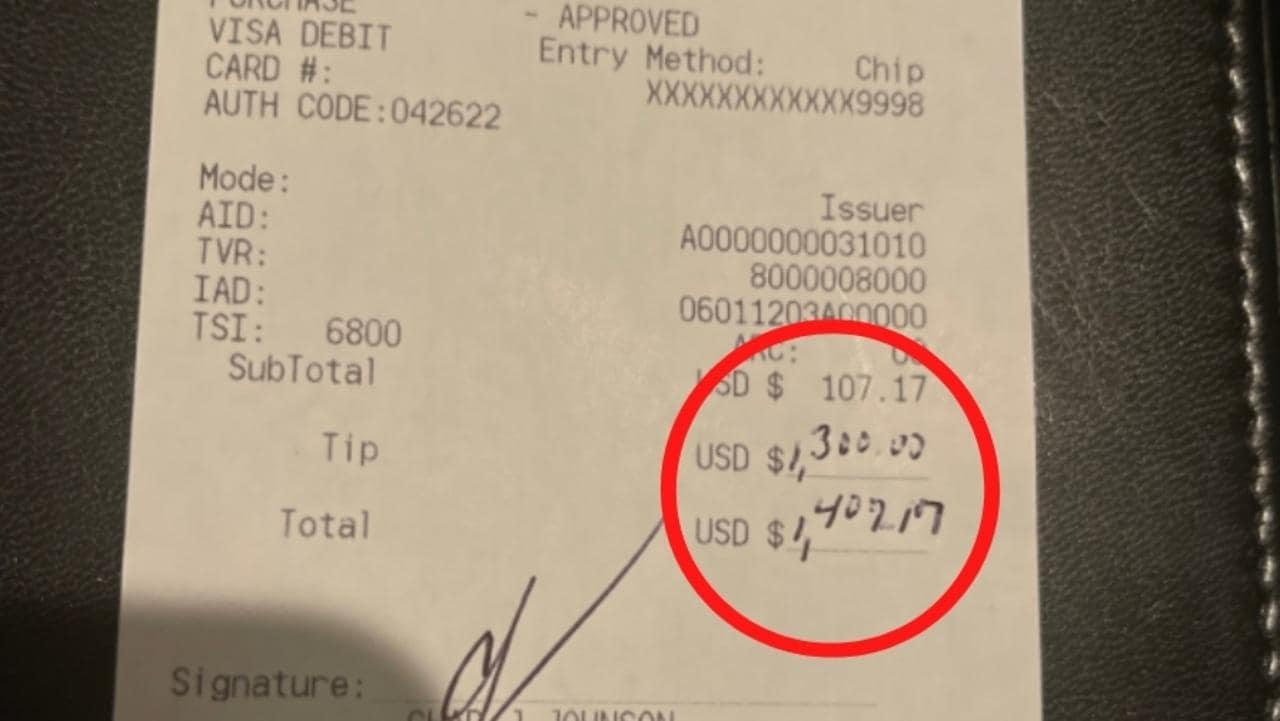 Chad Johnson has a big tip for James Harden.

The former NFL wideout visited Harden’s Thirteen Houston restaurant over the weekend, leaving a plus-sized gratuity for his server.

Watch the best of the NBA Playoffs, including every game of the NBA Conference Finals & NBA Finals Live with ESPN on Kayo. New to Kayo? Try 14-Days Free Now >

The 43-year-old former Bengals star also called out the Nets’ MVP candidate, noting at the bottom of the bill: “James Harden is scared to play me in FIFA!!”

“@OCHOCINCO really tipped my staff at my restaurant $1300,” Harden shared on his Instagram Story with a picture of the receipt.

“That’s love bro! And we can line the FIFA up any day. You’ve been running for some years now.”

Johnson is a well-known over-tipper — the Thirteen Houston bill wasn’t even his first big gift of the weekend.