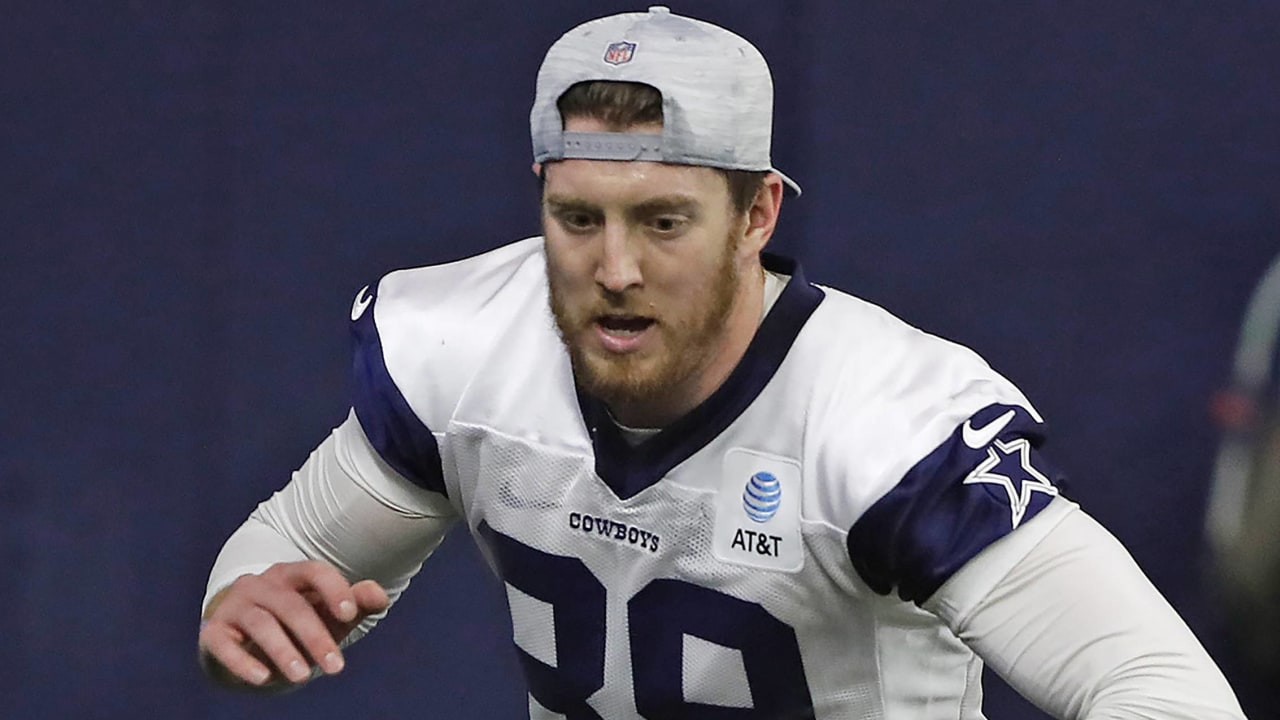 The Dallas Cowboys’ injury-riddled 2020 campaign saw so many big-name players go down with injury, tight end ﻿Blake Jarwin﻿’s Week 1 ACL tear gets lost in the shuffle.

Projected as a breakout candidate last season, Jarwin saw his year end after a single catch.

“Obviously, my expectation for myself was pretty high, and then just to go down like that in the first half of the first game was pretty tough,” Jarwin said recently, via the team’s official website.

Jarwin has been mostly restricted to rehab work during Cowboys OTAs as he recovers from the ACL tear.

“There’s really no reason, I guess, to rush into it,” he said. “Just make sure that I’m feeling good — and I feel good. I’ll just keep pushing along, and I anticipate, Day 1 of training camp, being ready to roll.”

The 26-year-old was an offseason hype-bunny last year, slated for a significant role. His Week 1 injury provided ﻿Dalton Schultz﻿ the opportunity to snag those targets. Jarwin’s return in 2021 could set up a training-camp battle for reps between the tight ends.

“Just to see him kind of have that success on the field, I’m just happy for him,” Jarwin said of Schultz. “I’m excited to get back out there and compete with him. I think it’s going to be great for both of us, and I think both of us on the field at the same time will be awesome, as well.”

With the Cowboys trio of receivers — ﻿Amari Cooper﻿, ﻿CeeDee Lamb﻿, ﻿Michael Gallup﻿ — and ﻿Ezekiel Elliott﻿ and ﻿Tony Pollard﻿ out of the backfield, it’s questionable how much room there will be for two-tight end sets outside of big-ball scenarios. More likely, Schultz and Jarwin will battle for snaps.

Jarwin’s No. 1 goal right now is simply being ready for that competition.

“I’m excited, and my goal is to be the best I’ve ever been by Day 1 of training camp and carry that into the season, and let’s just roll from there,” he said.