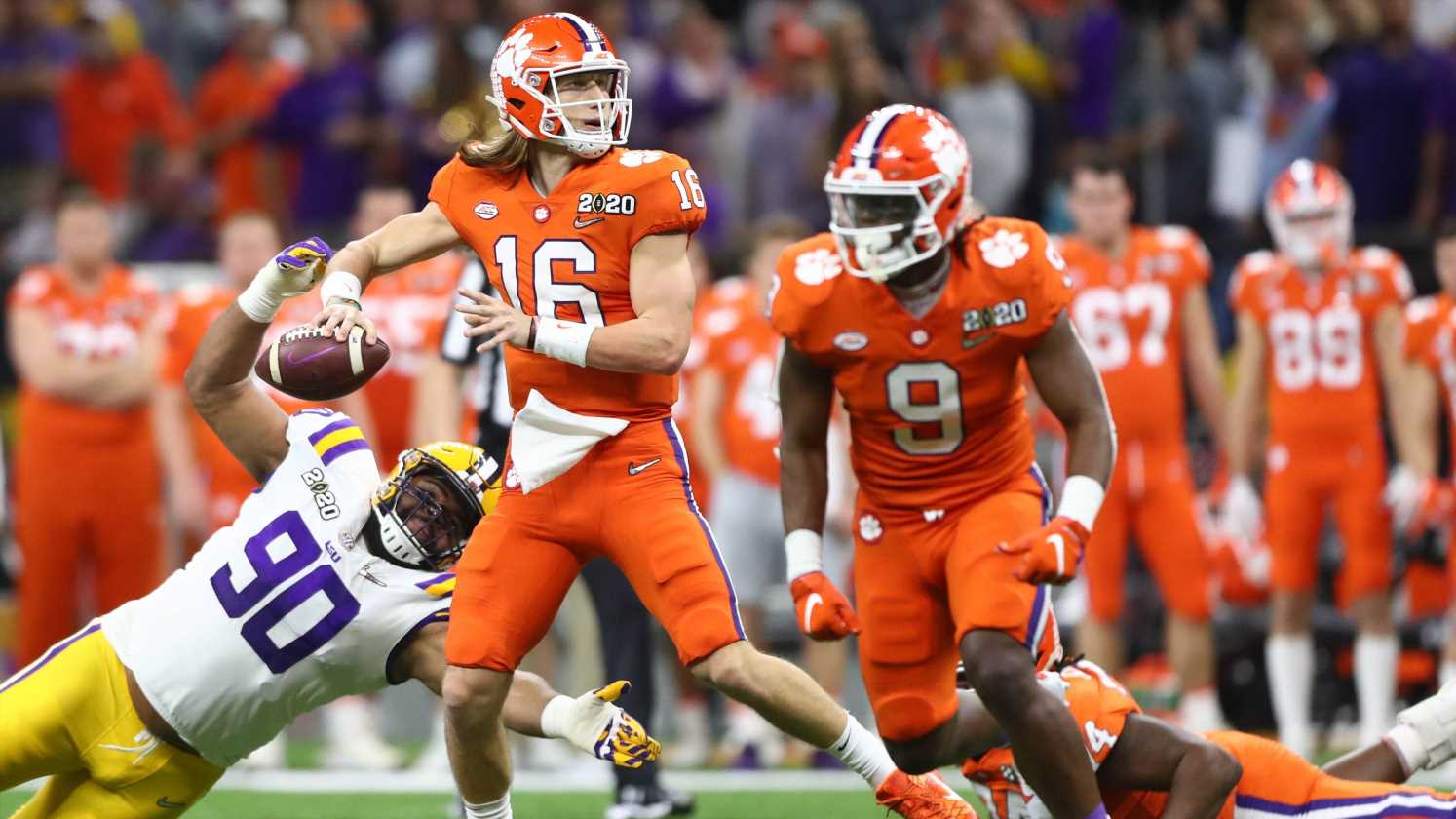 Clemson star quarterback Trevor Lawrence made it official. He announced Wednesday morning in a Twitter video that he is turning pro.

Lawrence, a junior, is expected to be the NFL's No. 1 pick of the NFL draft. The Jacksonville Jaguars currently hold the top spot. He went 34-2 as a starter, losing only last season's national championship game against LSU and last week's Sugar Bowl semifinal against Ohio State.

He led Clemson to a national championship in 2016 as a freshman. He was ACC player of the year this season and runner-up for the Heisman Trophy.

"To all my my teammates for the past three years," Lawrence said, "it's been the most fun ride I’ve been on. I'll look back on these three years and have the best memories, winning a national championship, winning a lot of games and, not even that, all the little moments, being in the locker room, being at practice, spending every day together and just having those memories.

"… I'm super excited for life ahead. The best is always yet to come. But, man, I'm grateful for Clemson and I'm going to miss it."

Lawrence finishes his career with the third-best winning percentage as starting quarterback since the Division I split in 1978. He passed for more than 3,000 yards in each of his three years, a single-season feat that has been done only nine times in school history. He threw for 10,098 yards with 90 touchdowns and 17 interceptions. He also ran for 943 yards and 18 scores.

“Trevor Lawrence is a generational guy,” Clemson coach Dabo Swinney said after the Tigers lost to Ohio State. “He’s going to be a great player for a long, long time.”

Lawrence said before the season-opener at Wake Forest that he planned to turn pro early, but backed off the comment somewhat later by saying he didn’t want to back himself in a corner and would rather keep his options open. It was all but a foregone conclusion, however, that it was his final season at Clemson.

Lawrence was asked about his future in a postgame Zoom call with reporters last Friday, but wasn’t ready to answer. He clearly wanted to do it his own way.

“I’m going to take a little bit of time for myself and be with my fiancé and family and just enjoy that. We’ve been working for I don’t know how many months straight trying to get it done here. So, I’m going to enjoy a little bit of time. I’m sure there will be some information coming out here soon. But I just want to kind of sit back for a minute and take everything in.”

In his farewell video, Lawrence, in a Clemson sweatshirt, is shown walking out on the field at Memorial Stadium and sitting in a fold-up chair. His words, as well as highlights and other clips, are set to soft piano music.

“"Looking back on it," Lawrence said, "I hope my legacy at Clemson is that I was a great teammate and a great person overall, more than football, more than how I played each game is just how I treated people. That’s a thing I’ve kept as a priority."