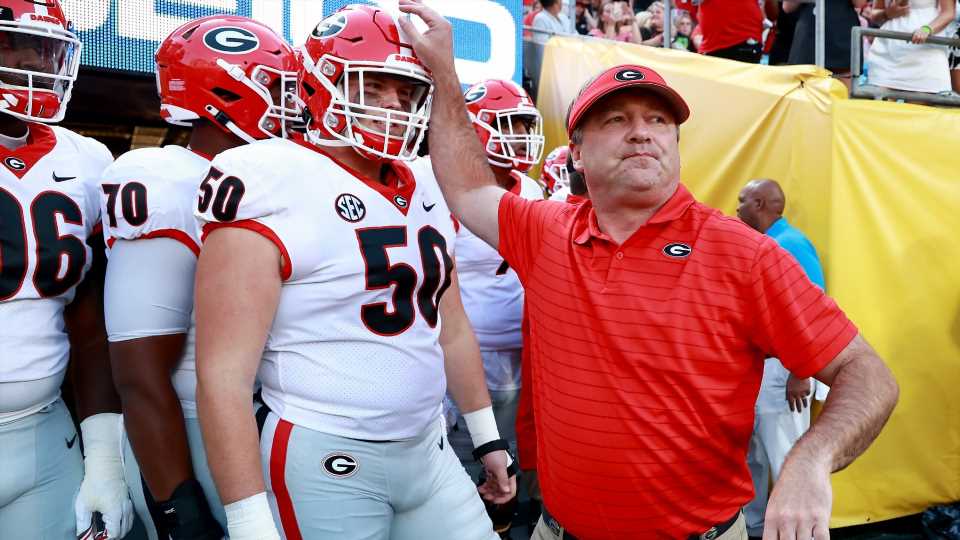 D.J. Uiagalelei now has one turnover in his career, and Saturday night’s Clemson-Georgia game finally had points on the board.

No. 3 Clemson was on No. 5 Georgia’s 30 in the second quarter when Uiagalelei threw toward wide receiver Justyn Ross. Georgia cornerback Christopher Smith got to the ball first, picking off the pass and then taking it down the Tigers’ sideline. Uiagelelei attempted a diving tackle at the Tigers’ 15 but came up short. Smith took the ball into the end zone for the game’s first points with 2:58 remaining in the first half. Georgia took a 7-0 lead.

The Bulldogs went into halftime still holding that 7-0 advantage.

Defense dominated the first half of this top-five matchup. Clemson had just 90 total yards — 89 through the air — while Georgia had 110 yards — 68 passing, 42 rushing.

Uiagalelei was placed in an unenviable position Saturday: starting the program’s life after Trevor Lawrence by facing one of the nation’s top defenses from a season ago. Georgia allowed just 20 points per game in 2020 — 17th-best among FBS teams.

Uiagalelei made two starts in 2020 when Lawrence missed time because of a positive COVID-19 test and went 1-1. The Tigers beat Boston College 34-28 in his first start before losing a 47-40 shootout to Notre Dame. He combined to go 59 for 85 for 781 yards and four touchdowns while also rushing 19 times for 27 yards and two scores. He had neither thrown an interception nor lost a fumble.

His counterpart under center, Georgia’s JT Daniels, displayed plenty of accuracy as he completed 13 of 16 passes, but he averaged just 5.23 yards per completion. The Bulldogs had a scoring chance when they marched to the Tigers’ 19, but kicker Jack Pedlesny missed a 36-yard field goal attempt with 14:19 remaining in the second quarter.