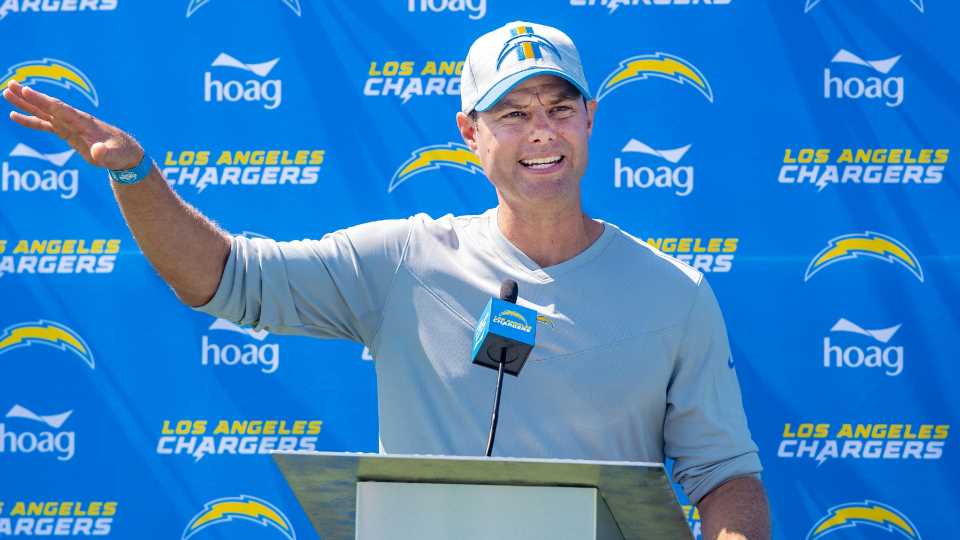 NFL head coaching has an unfortunate air of toxicity to it, especially after the release of Jon Gruden’s emails, which led to his resignation earlier in the week.

While the NFL head coaching brotherhood has largely kept quiet surrounding the situation, Chargers head coach Staley had a nuanced, thoughtful, positive and uplifting message in the wake of Gruden’s nasty emails.

Speaking with media on Tuesday, Staley offered his perspective on coaching and those emails:

I think that respect and trust in this world are really, really difficult to achieve, and I think about all the people who were affected by those emails. Whether you’re a person of color, whether you’re a gender, your sexual orientation — the people that were affected by those emails, that’s who I’m thinking about. It’s a sacred mantle for somebody to call you “coach,” or someone to call you a leader. Trust is really, really hard to achieve in this world. It’s really, really challenging to achieve. Especially with those groups that I just mentioned. People are really guarded, and they’re skeptical of people because of emails like that.

Kindness and lifting people up and respecting people you don’t know, I just think that’s such a big part of our thing here, listening to people and learning about people, because what you’ll discover is that we have so much more in common than not. For someone like me, it’s incumbent upon you to set the example, every single day, so that people that were talked about in those emails, they don’t need to feel that way. They shouldn’t feel that way. So hopefully, all of us can learn from this — that it’s all about bringing people together for me. So that people can become the people that they dream about.

For me, leading this football team and being someone, hopefully we can be a light for people in those emails — not everybody’s like that. There are far more people that will love you than the opposite. Hopefully, this will be a chance for everybody to come together, instad of go apart.

While detractors and critics will point to Staley’s comments as being “woke” or “soft,” his point is pretty simple and empowering: You can’t be a true leader, whether it’s of a football team or otherwise, without setting a positive example for the people who follow. The fact that Gruden is out looking for a job now should be proof enough of that theory.

Another point in Staley’s favor for his comments: Staley current has the Chargers trending in the right direction, with a 4-1 record to start the 2021 season, his first as a head coach in the NFL after patrolling the sidelines with the Rams as their defensive coordinator.

Are you a Chargers fan yet?