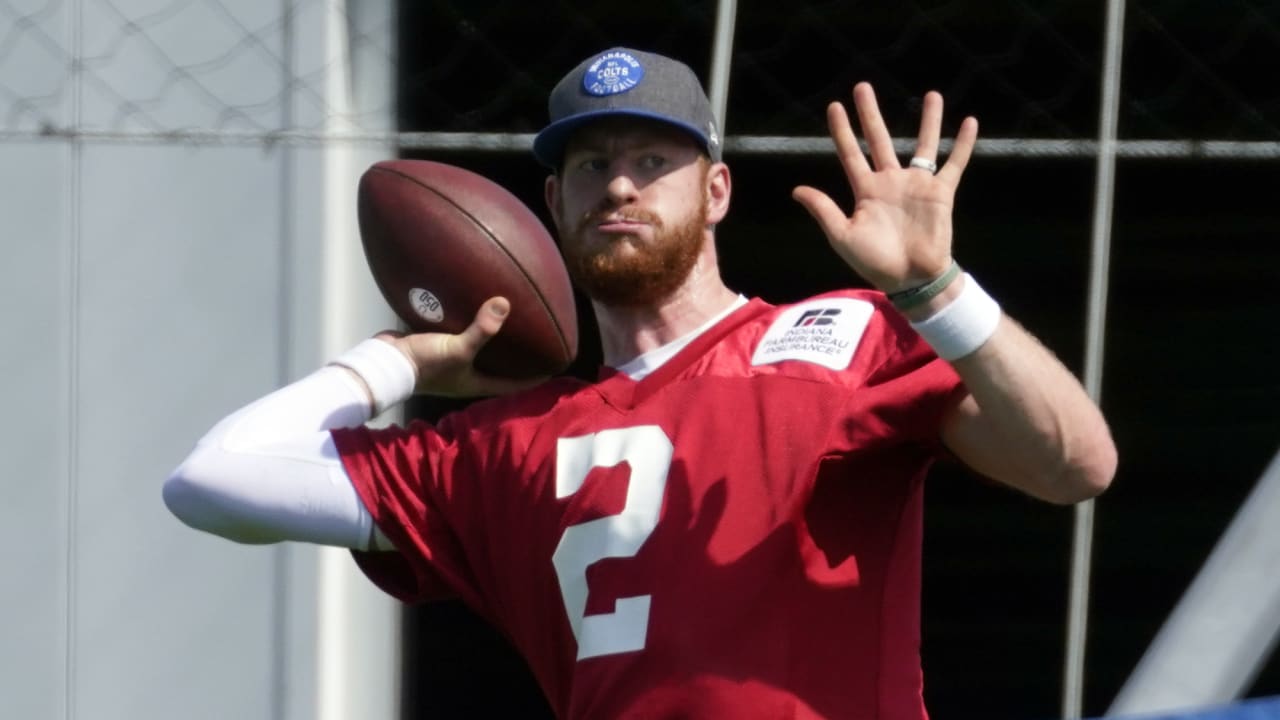 ﻿Carson Wentz﻿ has yet to play a down for the Colts. He’s also viewed as the potential missing piece to a championship. That’s why they traded for him this offseason.

Of course, he’s also coming off the worst season of his career. His best one, in 2017, was the last in which he played for Frank Reich, now his head coach and formerly his offensive coordinator with the Eagles. It’s fair to say he needs the Colts as much as they need him.

Those juxtapositions could leave the embattled quarterback in a promising or precarious position in Indianapolis. After departing Philadelphia amid murmurs of being a diva, one thing Wentz said he is not looking to do is walk into his new locker room and make the Colts his team

“I think that’s overblown,” he told reporters Wednesday. “For one, Frank really sets the tone. Coach Reich sets the tone. There’s a lot of great leadership, that’s what I’ve already seen, both sides of the ball. And so for me, it’s not about making it my team by any means. It’s, how do I fit in? How do I plug in and how do we make tweaks and nuances within the offense and different things and really just be a family and make it really a team that we’re all in this thing together? That’s been fun to see, just over this two weeks, how we all kind of fit together and different personalities, different backgrounds, different pieces all come together out there.”

That’s not to say Wentz has been shy since joining the Colts in February. Reich said the 28-year-old has been his outspoken self on the field and in meetings while demonstrating preparedness and good command of the offense. It’s one that Wentz is familiar with, conceptually, but very much still learning the terminology of. The sixth-year QB likened the transition to trying to speak a new language. But his coach appreciates how he’s already asserted himself.

“The leadership of the quarterback is critically important,” Reich said. “Carson has made his presence known on this team, and this team has embraced his leadership.”

It’s been a three-month process. Reich said he welcomed the former No. 1 overall pick and Pro Bowler by emphasizing the need to play his part and not try to do too much. His play on the field last year was the opposite. Wentz was sacked 50 times and threw 15 interceptions, both league highs despite the fact he played in just 12 games before being benched. It was surely a sobering experience.

Reich, a former quarterback himself, said the change of scenery has given Wentz the space needed to reflect on it — and he likes the outlook his QB has displayed thus far.

“His attitude couldn’t be better,” the fourth-year coach said. “I think after you come off a year like he did this year, him personally, the team, the Eagles … it was a hard year for him personally and a hard year for the team. Humble pie doesn’t taste good, but it’s good for you. It’s a chance for him to acknowledge, ‘I’ve got to hit the reset button. I got a fresh start here.’ And his attitude couldn’t be better. He’s a great team player. He’s coming in with the right attitude, wanting to do his part. I believe he’s going to do that. I believe he’s going to have an incredible year and be a great leader and be a great player for this team.”

That would be a win-win situation.