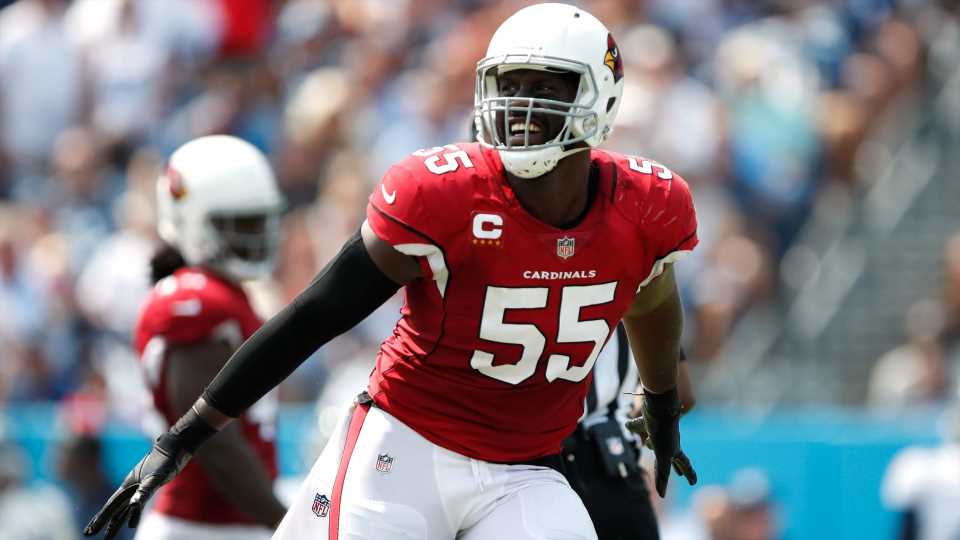 The Cardinals put together a complete effort in their 38-13 Week 1 win over the Titans. Kyler Murray and the Arizona offense will get a lot of credit for the dominant win, but Chandler Jones may have been the most impressive player on the field.

Jones was an absolute force for the Cardinals. His strong performance helped the Cardinals stymie a strong, well-balanced Titans offense, as he recorded five total sacks in the game. That tied a record that Haason Reddick set during the 2020 NFL season and was the third-most ever for a player in a Week 1 game.

Jones started the game strong, and he had three sacks in the first quarter. He managed to get plenty of pressure on Ryan Tannehill early and rattle him. The Tennessee offense could never find consistency in part because of Jones’ strong pass-rushing presence.

Jones also forced two fumbles. In doing so, he became the first player in the last 20 years to record multiple games with at least four sacks and two forced fumbles.

Many took notice of Jones’ excellent performance against Tennessee. NBA star LeBron James was one of them and noted that Jones was aiming for recognition in the Defensive Player of the Year race.

Jones has twice been named an AP All-Pro, but he has never won the Defensive Player of the Year award. He certainly should be considered the frontrunner for it after Week 1. He was on pace for 108.5 sacks at one point during the game, after all.

Jones won’t keep that kind of momentum going during the NFL season, but if he continues to rack up sack numbers, he will certainly be one of the favorites to earn that title. He should have plenty of motivation to do so, as he’s in the final year of his current contract.