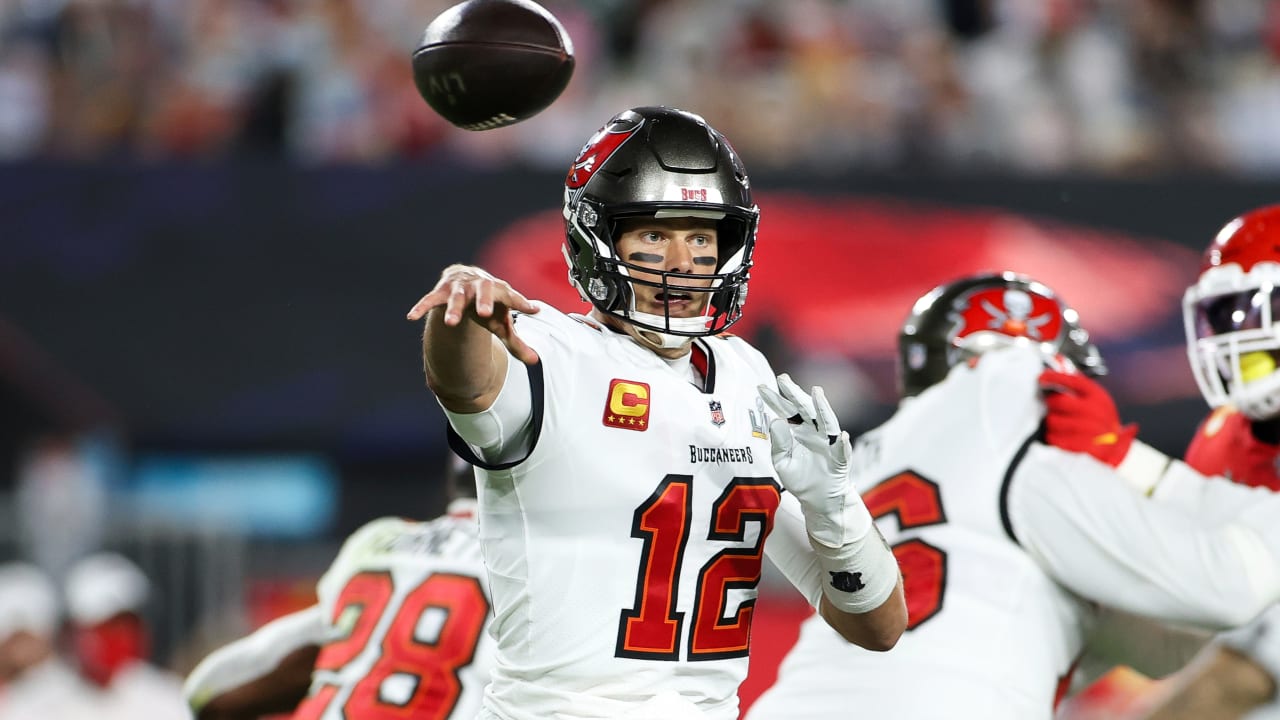 The greatest to ever play quarterback has another trophy to carry home along with his latest Lombardi.

Brady’s seventh title is perhaps his most emphatic. After leaving New England for sunny Florida in the offseason and bringing a cast of ring-seeking playmakers with him, Brady led the Buccaneers to a wild-card berth, three road playoff victories and a triumph in the Bucs’ home of Raymond James Stadium in Super Bowl LV. Tampa Bay became the first wild-card team to win the Super Bowl since the Green Bay Packers did so in the 2010 season — and he beat that Super Bowl’s MVP and 2020 league MVP, Aaron Rodgers﻿, on his way to winning yet another.

“I’m so proud of all these guys out here, everything we dealt with all year,” Brady said from the postgame podium. “We had a rough month of November but B.A. (Bruce Arians) had all the confidence in us, the team had a lot of confidence. We came together at the right time. I think we knew this was going to happen tonight, didn’t we? We ended up playing our best at the end of the year.”

The Buccaneers completed a total team effort Sunday night, suffocating Patrick Mahomes and the Chiefs’ offense, while Brady authored a premier performance, completing 21 of 29 passes for 201 yards, three touchdowns and a passer rating over 125. He turned to his old pal, Rob Gronkowski﻿, for Tampa Bay’s first two touchdowns to take a 14-3 lead, then connected with new addition Antonio Brown for his third and final score of the evening. The 21 first-half points were more than enough for the Buccaneers to win thanks to their defensive excellence, with Leonard Fournette adding a 27-yard TD run in the third for good measure.

Brady’s Super Bowl MVP is the fifth of his career to go along with his seven Super Bowl titles, resetting his own record in the process. Brady now owns more Lombardi Trophies than any NFL franchise — his seven rings are more than 27 clubs have appearances in the Super Bowl. He became the fifth player in the four major North American pro sports to win seven-plus championships and three-plus MVPs, joining MLB greats Yogi Berra, Joe DiMaggio and Mickey Mantle, and NBA legend Bill Russell.

Brady is also the first player in major pro sports to win six championships with one team (New England), then win another with a different franchise. He’s also only the second quarterback in NFL history to win a Super Bowl with two different teams, joining old rival Peyton Manning﻿, who won one with Indianapolis, then closed his career with a Super Bowl 50 win with Denver in the 2015 season.

Brady is the first NFL player to win a title in three different decades, and the first player in the four major North American pro sports to win championships for two different teams after turning 40 years old. What might seem as the perfect moment for retirement is just fresh motivation for Brady to return in pursuit of yet another ring. When asked by CBS’ Jim Nantz if he’d be back for more, it wasn’t even a question for the legend.

“We’re coming back,” Brady said. “You already know that.”

The most unique of NFL seasons ended with a familiar sight Sunday: the G.O.A.T., showered in confetti, hoisting the Lombardi Trophy.