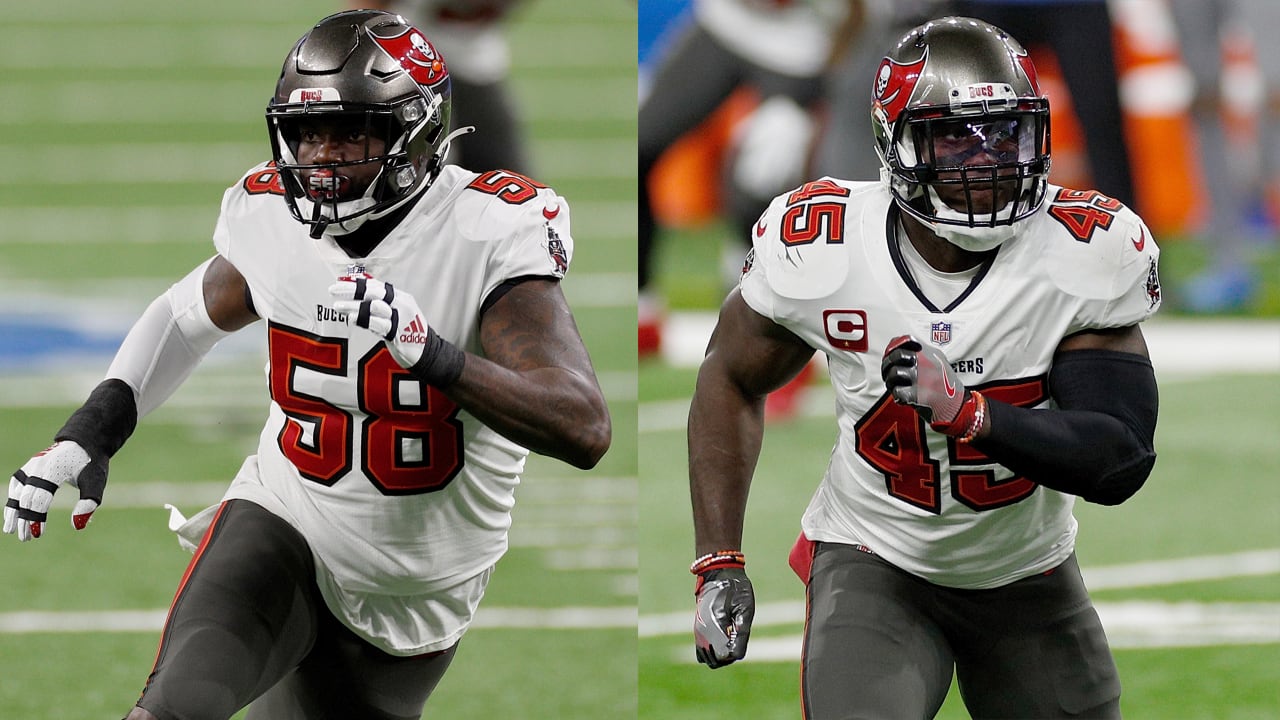 The Buccaneers are playing for the NFC’s top wild-card spot this weekend. They’ll be doing so without arguably their top two defensive players.

Linebacker Devin White tested positive for COVID-19 and outside linebacker Shaquil Barrett was deemed a high risk close contact, NFL Network’s Tom Pelissero and NFL Network Insider Ian Rapoport reported. The team announced Friday both had been placed on the reserve/COVID-19 list, in turn sidelining them for Sunday’s game against the Falcons.

Should Barrett keep testing negative, he’ll be on track to return for the team’s playoff opener, Pelissero added. The star pass rusher has just eight sacks after leading the league last year with 19.5. But the extra attention he’s drawn has likely benefitted Jason Pierre-Paul﻿, who leads the Bucs with 9.5 sacks and just made his first Pro Bowl team in eight seasons.

Losing White for at least the next two weeks is an even bigger blow. The second-year backer leads the Bucs with 140 tackles and 15 for loss and has registered nine sacks as well.

Tampa Bay figures to need all three contributing to make a deep playoff run. The team just clinched its first postseason berth since 2007 last week. It was the first streak the franchise was looking to vanquish this season, having not won a playoff game in 18 years.

The Bucs are currently the fifth seed in the conference, a position they’ll hold with either a win versus Atlanta or a Rams loss to the Cardinals. That would also earn a favorable opening-round matchup against the NFC East winner.