Tom Brady steered the Tampa Bay Buccaneers into the play-offs for the first time since 2007 as the quarterback continues to rewrite the record books.

On his 300th regular season appearance, a milestone achieved by just 11 other players, the 43-year-old only played for a half — but it was one of his best.

As the Bucs trounced the Detroit Lions 47-7 at Ford Field, Brady threw for 348 passing yards — the most he has ever thrown in the first two quarters — and four touchdowns to take this season’s tally to 36, a franchise record. 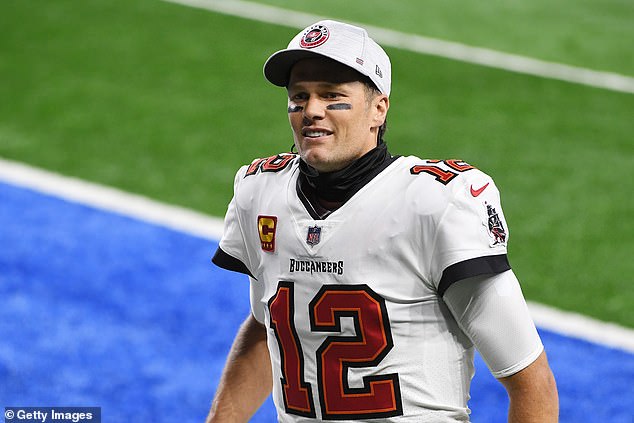 After connecting with former New England Patriots team-mate Rob Gronkowski, Mike Evans, Antonio Brown and Chris Godwin, the Bucs were 24-0 up at half-time.

Brady was duly rested, with back-up Blaine Gabbert throwing two further touchdowns as Tampa Bay wrapped up one of the three NFC wildcard spots. ‘We played pretty good in the first half,’ Brady said. ‘Good execution. Guys were making plays for me all over the field. It was just a great effort by the whole team.’

The result puts Brady, who joined the Buccaneers in March after 20 years and six Super Bowls with the Patriots, into the play-offs for an 18th consecutive year. 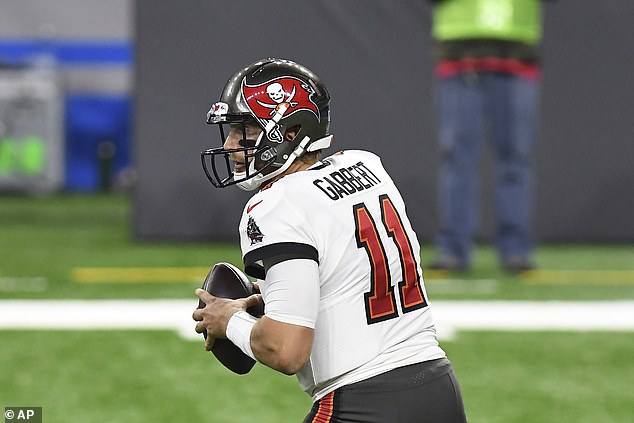 But his former team’s record run of 11 consecutive trips to the post-season has come to a grinding halt.

New England lie third in the AFC East, behind the Buffalo Bills — who have won the division for the first time since 1995 — and the Miami Dolphins, who are on the cusp of the post-season.