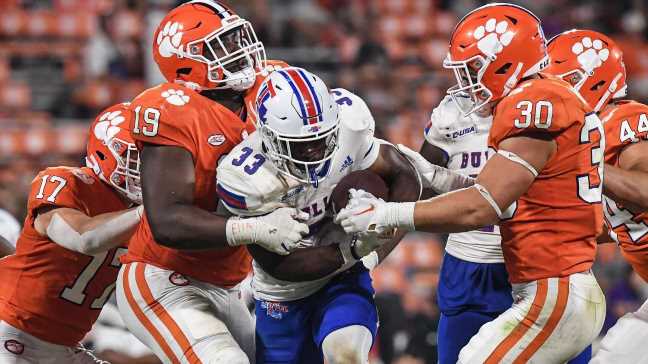 Week 3 of the college football season brought a major flex by the top teams, with Georgia, Alabama, Ohio State, Michigan, USC and Clemson all rolling to decisive routs. Other results, including losses by Michigan State, Miami and BYU, will be felt in the New Year’s Six games and the bowl matchups further down the pecking order.

ESPN college football reporters Kyle Bonagura and Mark Schlabach return with their latest projections for all the games, including their analysis of the CFP picture and which teams helped and hurt their cause the most over the weekend.