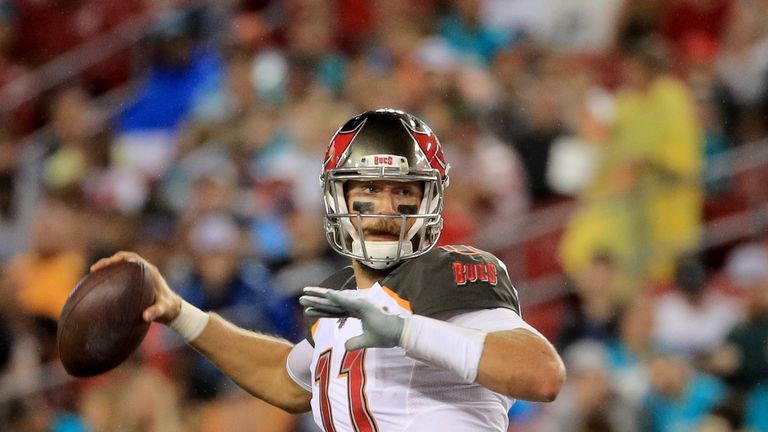 It was not known if Gabbert would require surgery, but coach Bruce Arians said the Bucs would sign a quarterback ahead of their Thursday preseason finale against the Cowboys in Dallas.

Starter Jameis Winston will not play next week, while third-string QB Ryan Griffin is expected to take limited snaps. Rookie Nick Fitzgerald is out while recovering from a hamstring injury.

“His shoulder popped out,” Arians said of Gabbert, who was a starter for five games in 2017 with Arians’ Arizona Cardinals. “He was hurting pretty good, but (I told him), ‘Good thing it’s not your throwing shoulder. You’ll be all right.'”

The injury occurred in the third quarter as a scrambling Gabbert was brought down by Browns linebacker Adarius Taylor.

Third QB Griffin, who completed 11 of 17 passes for 121 yards and a touchdown but was sacked twice, has not played in a regular-season game. However, he received a vote of confidence from Arians after showing “poise.”

“He’s moved our team up and down the field just like he did again tonight,” Arians said.

What’s going on with the NFL CBA vote? Everything you need to know