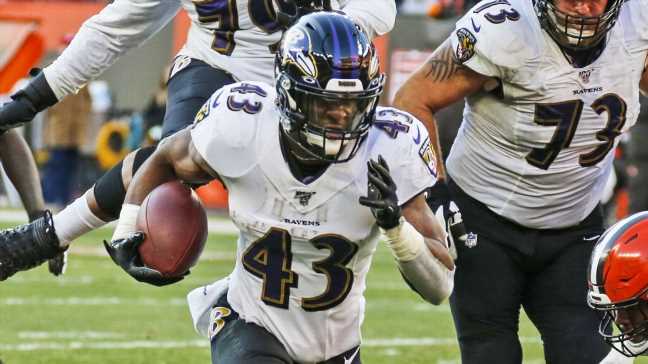 OWINGS MILLS, Md. — The Baltimore Ravens lost their second running back to a season-ending injury in a five-day span, when Justice Hill suffered a lower leg injury at Thursday’s practice, a source said Monday.

Hill, Baltimore’s No. 3 running back, was hurt shortly after the Ravens lost starter J.K. Dobbins, who suffered a torn ACL in the preseason finale on Aug. 28.

The Ravens worked out Le’Veon Bell, Devonta Freeman and Elijah Holyfield on Monday.

The Ravens have led the NFL in rushing the past two seasons.