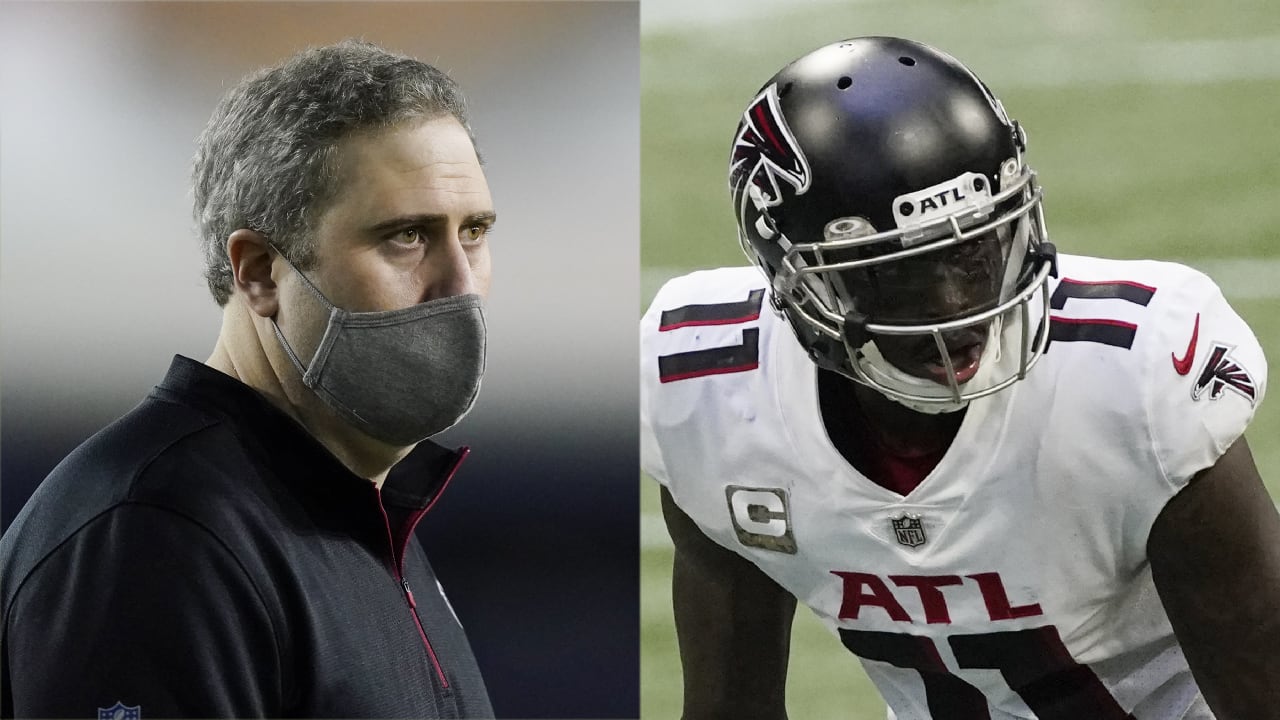 Julio Jones spoke for the first time Monday amid rampant speculation about a likely trade from the Falcons, telling Fox Sports’ Shannon Sharpe, “I’m out of there.”

When asked Tuesday for specifics regarding Jones’ status with the team and conversations he has had with the All-Pro receiver, Falcons first-year coach Arthur Smith was not so forthcoming.

Smith repeatedly declined to answer questions about Jones, telling reporters that any discussions he’s had with the WR are “private.” The Falcons coach also declined to comment on a report from NFL Network Insider Ian Rapoport that Jones requested a trade before the draft and the Falcons agreed to listen to offers.

“My door’s always open. My phone’s always on. There’s a level of trust that we want to build here with the players. All the players know that,” Smith said. “Again, on my end, we have private conversations. Those are private, and I’m going to keep it that way.”

Asked about the possibility of trading away a fan favorite in Julio, Smith added, “Again, we have great appreciation and respect for Julio, what he’s done here, and for all the players that have been a part of this Falcons organization.

“Look, this is a tough business. We all signed up for it, coaches and players, we understand that. But everything we do here is going to be well-thought-out and it’s going to be handled behind the scenes with dignity with the players. As long as I’m here, that’s the way it’ll be done.”

If Jones, 32, is to be traded, it is not likely to happen until after June 1. Potential suitors would have to be able to absorb his $15.3 million salary in 2021; those with at least that much in cap space right now includes the Jaguars, Jets, Bengals, Browns, Washington, Broncos, Chargers, Lions, 49ers and Patriots. New England is among the clubs that have had internal discussions about acquiring Jones, NFL Network’s Mike Giardi reported over the weekend.

Not on the list of potential suitors is the Dallas Cowboys, whom Jones said Monday he didn’t expect to play for in 2021. The question was inspired by a picture taken of Jones wearing a Cowboys sweatshirt, which was circulated far and wide across social media.

Smith said Tuesday the fact that Jones was wearing gear of another team, not to mention an NFC rival, amid trade speculation was “irrelevant.”

“Wear whatever you want. I don’t care,” Smith added. “Players can speak for themselves.”

As for Smith. regarding the Falcons’ greatest wide receiver’s future with the franchise, he’ll barely speak at all.