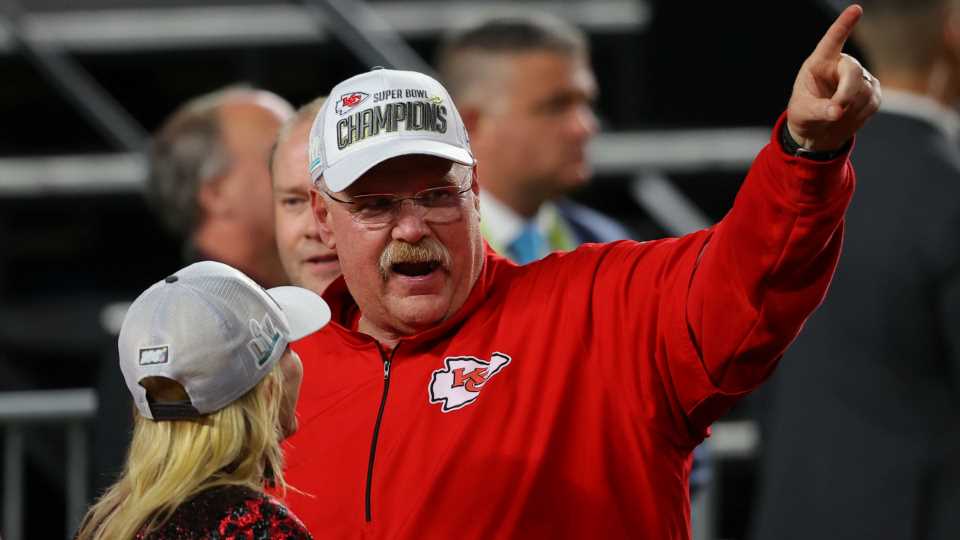 Those looking for shade might want to take a seat under Andy Reid’s coaching tree.

While Reid has been leader to some of the greatest offenses the league has ever seen, he also deserves a lot of credit for co-activating new leaders at his stops with the Eagles and the Chiefs

Coaching trees in the NFL are, largely, overrated, but there’s something about the Reid tree that’s borne good fruit: three coaches have reached the Super Bowl, two have won it, and most of them have some measure of playoff and division success in their NFL careers. All of Reid’s assistants who’ve gone on to have head coaching opportunities — with the exception of just one — are still in the league in 2020, speaking to the quality of assistants “Big Red” has employed through the years.

With offensive coordinator Eric Bieniemy waiting in the wings for a head coaching gig, here’s a look at the many successes of Reid’s coaching tree:

Sean McDermott, who served in various roles under Reid between 2001 and 2010, eventually making the jump to the has been the man in charge in Orchard Park since 2017. Since then, the returns have been largely good: McDermott’s Bills have finished under .500 just once (6-10, 2018).

McDermott has done well to surround himself with an exceptional staff and has coached up young talent to the best of their abilities. The fourth year of McDermott’s tenure has been his best, resulting in a 13-3 record and a playoff berth in 2020, their third while he’s been coach.

Hiring a special teams coordinator as a head coach isn’t all that common, but it’s one that’s really worked out for Harbaugh and the Ravens.

Harbaugh was the long-time special teams coach of the Eagles between 1998 and 2007, pre-dating Reid in Philadelphia by a year, getting a first crack at a head-coaching gig with the Ravens. It turned out to be the right move for both sides: the Ravens won the Super Bowl in 2012 — on the arm of Joe Flacco and a wonderful defense — and are gearing up for future romps through the playoffs with Lamar Jackson under center.

Harbaugh and the Ravens are 50 games over .500 since taking the job, with a Super Bowl ring and four division titles in a difficult AFC North.

Nagy has been saddled with a pretty unfortunate quarterback situation in Chicago, leading to an up-and-down tenure in the Windy City. While the QB situation has blown, Nagy has the Bears in the playoffs for the second time in three years and has gotten what he can out of Mitchell Trubisky and others.

While Nagy comes under fire for play-calling at times, should he end up with a QB of Chicago’s future this offseason, we’ll see how much Nagy can work and operate with a guy of his own.

When the Eagles moved on from Andy Reid, it was a divorce of boredom over one of despise.

Well, when Doug Pederson was hired, it was probably a it reuniting of Reid and Philly of sorts: Pederson was operating under Reid as offensive coordinator with the Chiefs when “Big Red” made the jump to Kansas City in 2013.

While Pederson’s 2020 season with the Eagles left something to be desired, the head coach did something that Reid never could with Philadelphia: Win a Super Bowl.

There are few that bring respect and integrity around the sport that Ron Rivera does. Rivera worked under Reid as his linebackers coach between 1999 and 2003, before stretching his legs as a defensive coordinator with the Bears and Chargers before landing with the Panthers as head coach in 2010.

Along with Cam Newton, Rivera won the NFC South three times and made it to Super Bowl 50, losing to the Broncos in a blowout. No shame, though: Rivera kept his job and his reputation for the next three seasons, making the jump to Washington following his firing from Carolina in 2020.

Despite a 7-9 debut season for the Washington Football Team in 2020, “Riverboat Ron” instantly brought a modicum of respect and competitiveness to a team that had been lacking both for years. Expect Rivera to do more big things with Washington as they sort out their quarterback situation in the coming seasons.

Bowles had a few stops before landing under Reid for a season, leaving this as something of a tangential piece of Reid’s coaching tree. Still, Bowles went on to build a pretty solid defense with the Cardinals between 2013 and 2014 before getting the Jets job in 2015.

Bowles’ ultra-conservative style didn’t help the Jets win games outside of his first year, but roster management and general organizational dysfunction told more of the story of his tenure. Expect him to get more interviews as a head coach in the coming seasons.

Shurmur was Andy Reid’s longtime quarterbacks coach (2002-08) working with Reid since 1999 over. Shurmur finally got a shot as an OC with the Rams in 2009 and 2010 before landing with the Browns head-coaching gig in 2011.

What followed wasn’t just a car crash of epic proportions, but two: Shurmur was a disaster with the Browns (9-23 over two seasons) and the Giants later on (also 9-23). While Shurmur has latched on again as an OC with the Broncos, don’t expect him to get another look at head coach, unless it’s an interim deal.

Much like Bowles, Frazier’s tenure with Reid was perhaps too tangential to put him on here (with Eagles between 1999 and 2002). While Frazier’s stay with the Vikings was eventually not encouraging, he’s stuck around the league as a quality defensive coordinator for the better part of two decades.

Before winning a Super Bowl with the Giants as the defensive coordinator in 2007, Spags spent time with the Eagles between 1999 and 2006 in various coaching roles. While his defense is intricate and complicated, that didn’t translate to wins as a head coach, faltering at his stop with the Rams between 2009 and 2011. It did, though, lead him to two championship rings as a DC — one with the Giants and one back with Reid and the Chiefs in 2019.

The curious case of Brad Childress remains the weirdest story of the coaching tree disciples of Reid.

While Childress’ offenses were generally more good than bad, he never really stuck as a coordinator after his exit from Minnesota, landing with the Chiefs and Reid again later in his career.

Childress would retire after 2017 and eventually un-retire to rejoin Matt Nagy (alongside whom he worked with in KC), before retiring again in 2020.