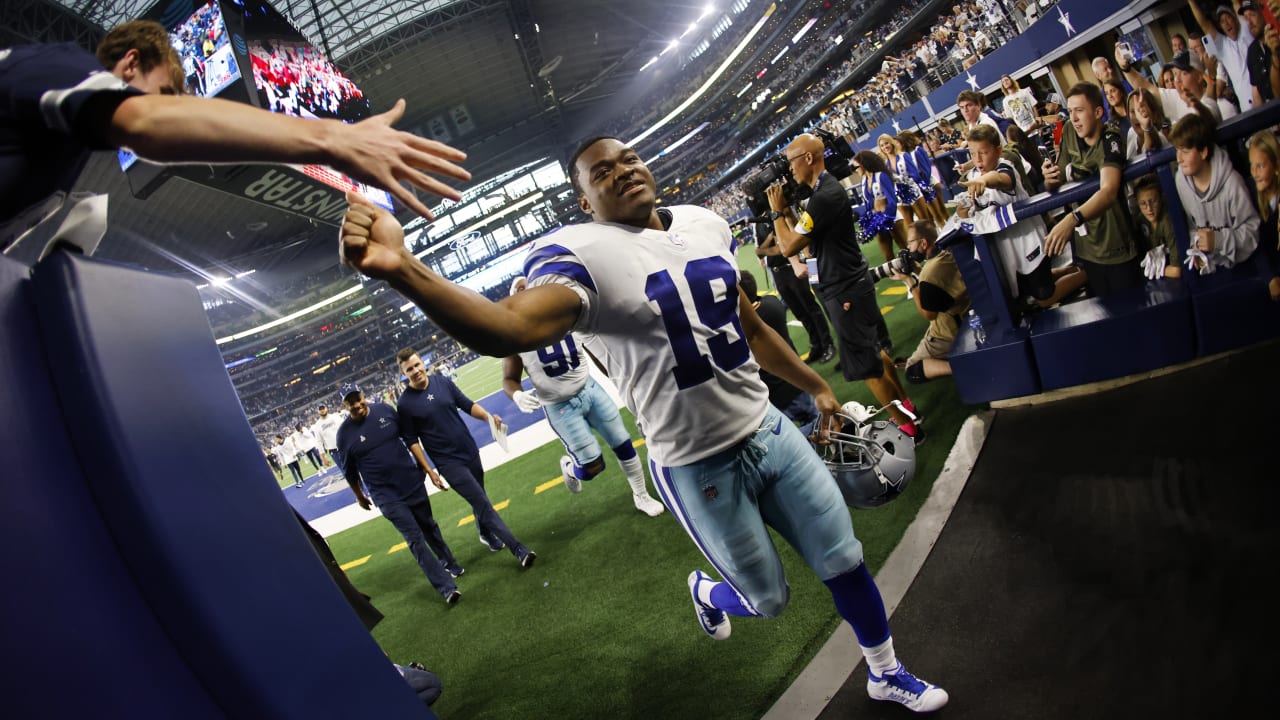 Fresh off the team’s fourth straight win, Cowboys wide receiver Amari Cooper is saying what all fans in Dallas must be thinking.

“When you’re on a roll like this, you start thinking about a Super Bowl. That’s just the reality of it,” Cooper said, via the Associated Press. “You start to want it more and more the closer you get, and you start to worry about the little things more.”

For Cooper, the little things refer to the Cowboys’ sloppy start Sunday against the division rival Giants. Two first-half turnovers kept it a one-score game at half against the last-place Giants and, despite the Cowboys pulling away to a dominant 44-20 win, stumbles out of the gate like that can easily lead to losses against the elite teams of the NFL.

Led by quarterback Dak Prescott﻿, the Cowboys’ high-powered offense serves as a catalyst behind the excitement brewing in Dallas. Through five weeks, the Cowboys lead the NFL in yards per game (439.6) and are second in points per game (34.0). While Dallas’ defense lies in the middle of the pack so far in most major categories, its ball-hawking capabilities have already forced 12 takeaways (second in the NFL) and the momentum-changing plays are setting the offense up for even more success.

Dallas heads to New England in Week 6 to take on a team it’s never beaten with Bill Belichick as the Patriots coach. Foxborough is also a place the Cowboys haven’t won since 1987. Breaking old habits is necessary for a franchise that hasn’t reached the NFC Championship Game since the 1995 season, which led to the last of their five Super Bowl wins. For a team that has found its identity and is growing confident by the week, focusing on the little things can make a big difference in ending a 26-year drought.