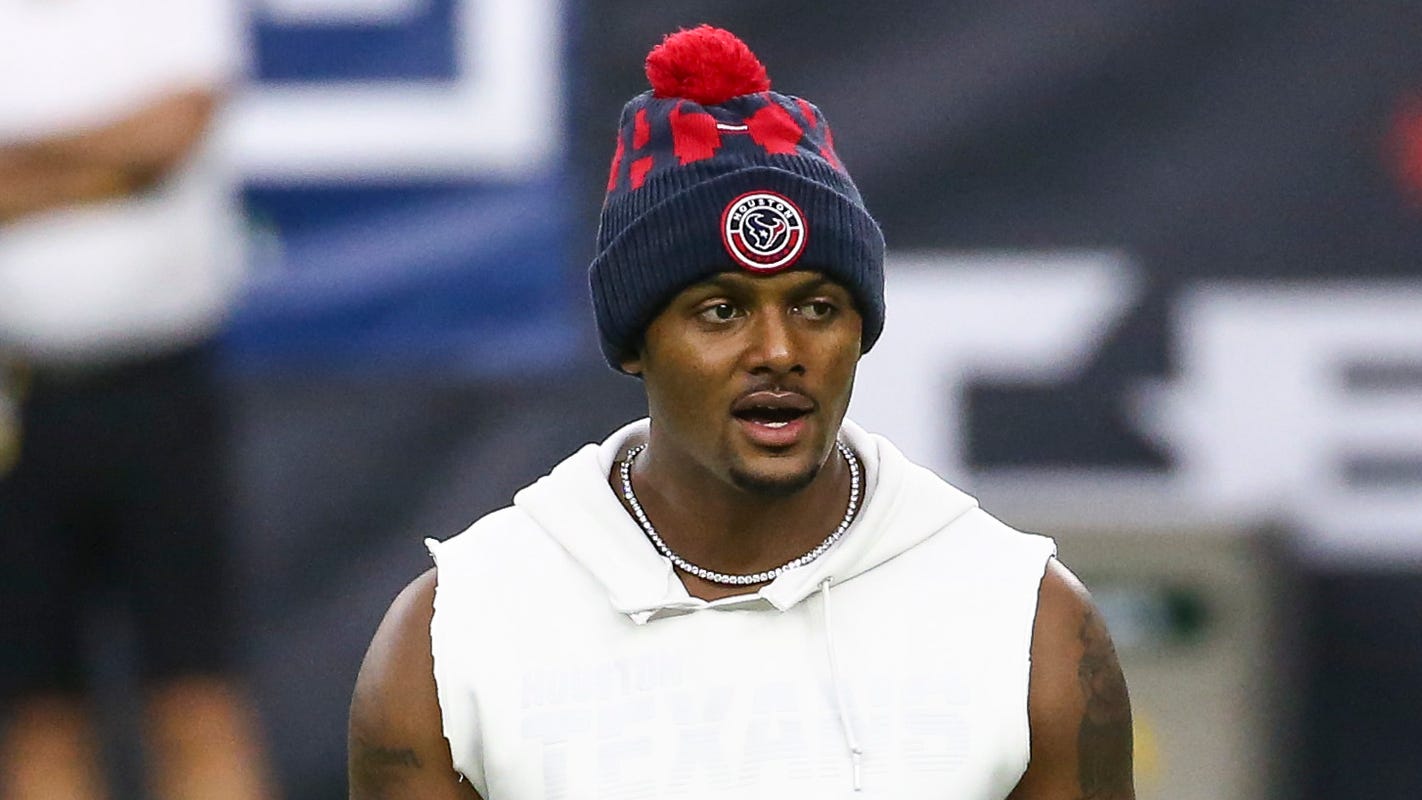 Watson's team, led by Rusty Hardin, issued a news release with on-the-record statements from 18 women who say they have previously had massage sessions with Watson and he never acted inappropriately.

Meanwhile, Tony Buzbee, who has filed lawsuits on behalf of Watson's accusers, reversed course and indicated that his clients do not intend to file reports with police.

"My clients will go elsewhere to provide our evidence to investigative authorities," Buzbee wrote in part of a lengthy statement on social media. "Stand by."

Watson, 25, is now facing civil lawsuits in Harris County District Court from a total of 21 unnamed women – including two complaints that became publicly available Wednesday morning. The women have accused Watson of inappropriate conduct or sexual assault during separate massage sessions over the span of more than a year.

A 22nd woman came forward with similar allegations in a Sports Illustrated article this week, but she said she has not filed a lawsuit and is not one of Buzbee's clients.

Watson has not been charged with a crime and broadly denied wrongdoing.

His attorney, Hardin, pointed to the 18 statements in support of Watson as evidence that "the other side to this story that has been so lacking in the flurry of anonymous complaints filed by opposing counsel." He added that the women in the news release, most of whom are massage therapists, have collectively worked with Watson more than 130 times.

"Deshaun never made me feel uncomfortable or intimidated," massage therapist Masako Jones said in one of the statements. "… I am just completely floored by these lawsuits. The behavior described in them doesn’t sound like him at all."

Their collective defense of Watson came just a few hours after two new lawsuits against him appeared in the court's online docket.

One of the new complaints alleges that Watson groped a massage therapist and coerced her into performing oral sex during separate massage sessions in the Houston area during a six-month span last year. The lawsuit also claims that the woman has since moved out of Texas "to escape the trauma" of her interactions with Watson.

The second new lawsuit alleges the Texans quarterback made "obscene sexual requests" during a massage session in Scottsdale, Arizona on July 7, 2020.

The NFL is investigating the allegations against Watson under the auspices of its personal conduct policy. Legal experts have suggested he could also potentially face criminal charges, given the volume and nature of the civil claims.

Buzbee said in a news conference on March 19 that providing evidence to authorities would be "the next step," and later stated on Instagram that several of his clients would be submitting affidavits and evidence to the Houston Police Department and Harris County District Attorney's Office on March 22.

In posts on social media Tuesday night, however, Buzbee reversed course. He wrote that his clients are not planning to report the incidents to police because he previously called for the resignation of former police chief Art Acevedo, who has since left the department, and because one of Hardin's sons, Thomas, is a police officer.

According to a 2020 police document, Thomas Hardin works in the department's special operations division, which focuses on crowd control efforts for special events such as demonstrations and parades.

"I am not saying in any way that Deshaun Watson’s lawyer, Mr. Hardin, has a son who has a position that would compromise HPD and its investigation," Buzbee wrote. "I support his service, along with all Houston police officers – I think the rank and file know that."

Buzbee also claimed that "we have provided info to other organizations," though he did not specify the nature or recipient of that information.