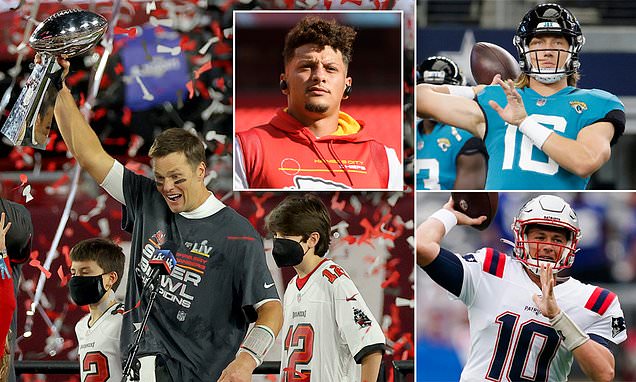 Mahomes is ready to wow again, ageless Brady eyes another Super Bowl ring, it’s all gone wrong in Houston and the five rookie QBs desperate to impress… 10 things to look out for as the NFL returns

Teams will again be playing in front of full houses after a Covid-hit but record-breaking 2020 season.

With an average of 49.6 points per game, the pass-happy NFL racked up 12,692 total points – beating the previous record by over 700 points. 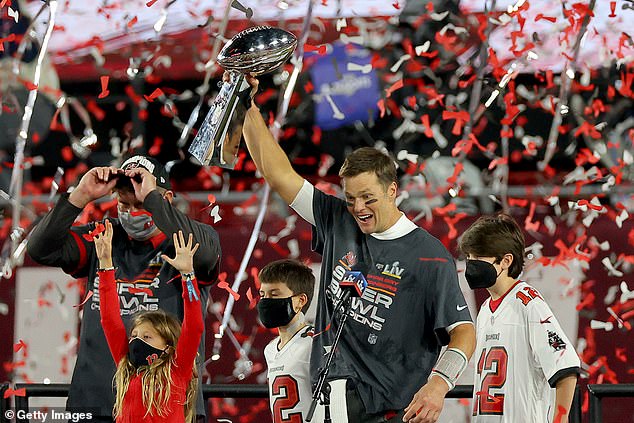 The NFL deals in excess and has added an extra regular season game to each team’s schedule, up from 16 to 17 – 272 in total.

International plans are resurrected, with two games scheduled to be played at the Tottenham Hotspur Stadium next month.

Here are ten storylines to watch…

Despite the constraints of Covid restrictions and learning a new system on the fly, the arch-competitor took Tampa to the playoffs for the first time in 12 years – and to victory over the Kansas City Chiefs at Tampa’s Raymond James Stadium.

Brady is better prepared in year two. He is more familiar with Bruce Arians’ system and team-mates, particularly as the Bucs became the first team in the salary cap era to retain all 22 starters.

A repeat is the expectation. But it’s tough to do so: the last team to do so were the 2003 and 2004 New England Patriots – with Brady at quarterback. 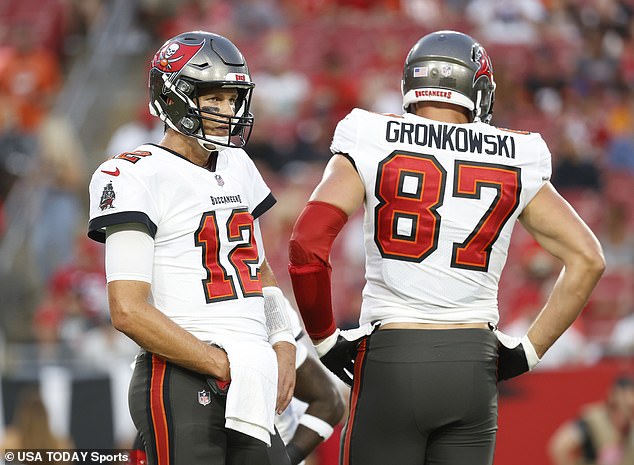 While the Green Bay Packers, the LA Rams and a resurgent San Francisco 49ers will test Brady’s Bucs in the NFC, the AFC is by far the strongest conference.

The Kansas City Chiefs are favourites to appear in a third straight Super Bowl, while the Buffalo Bills – who lost to the Chiefs in January’s AFC Championship – are on a path of improvement under head coach Sean McDermott.

The Cleveland Browns ended the NFL’s longest playoff drought – a 17-year hiatus – last season and are no longer the butt of jokes.

The Baltimore Ravens are continual contenders in the regular season, while the Tennessee Titans can outmuscle any side. With offensive rookie of the year Justin Herbert at quarterback, the Chargers will be improved defensively under new head coach Brandon Staley.

Then there’s the Patriots. Eight players were Covid opt-outs and they missed the playoffs for the first time since 2008. But after spending big on a tight end tandem, could Bill Belichick shock the NFL again?

And let’s not sleep on the Denver Broncos, who merge a top five defensive unit with some enviable offensive weapons. 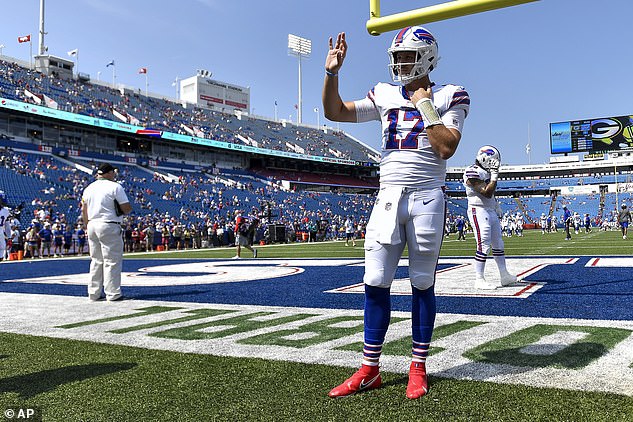 Five quarterbacks were taken in the first round of May’s draft.

No 1 overall pick Trevor Lawrence is the most heralded player since Andrew Luck in 2012. Luck led the Indianapolis Colts from 2-14 to 11-5 in his rookie season. The Jaguars, who were 1-15, will want improvement under new head coach Urban Meyer.

No 2 pick Zach Wilson gives the New York Jets something to build on, while the San Francisco 49ers bet the house on trading up for Trey Lance.

Lance should sit behind current starter Jimmy Garoppolo until he is comfortable with head coach Kyle Shanahan’s genius system.

In Chicago Justin Fields should do likewise, although the Bears have recent history in rushing and ruining a quarterback after their handling of Mitchell Trubisky.

And in New England, Mac Jones is charged with being Brady’s long-term successor after Belichick cut veteran Cam Newton and named him starter last week. 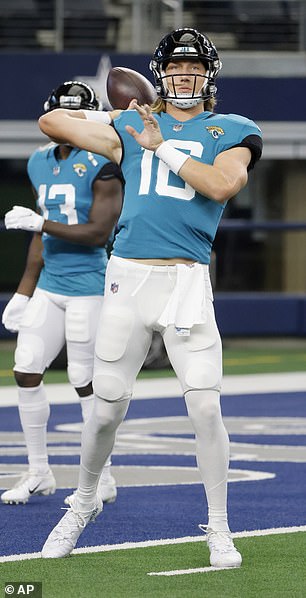 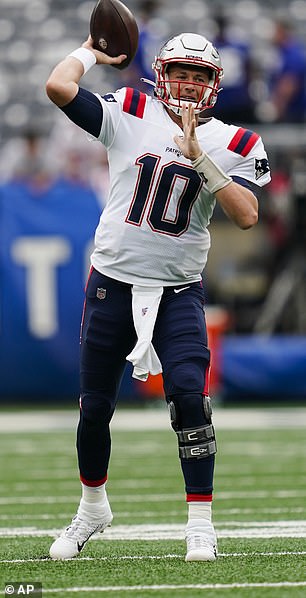 Will Tua Tagovailoa shake off concerns that he can be Miami’s quarterback of the future?

Can Jeff Okudah prove he is the best cornerback in the 2020 draft now that he is free from the clutches of Matt Patricia and recovered from core muscle surgery?

Joe Burrow and Jerry Jeudy will also be keen to sustain themselves after promising starts in the NFL were wiped out by injury.

Burrow has been reunited with LSU team-mate J’Marr Chase in Cincinnati as he looks to continue his promising development.

While Jeudy’s rookie season was hampered by ankle and shoulder injury, he only caught 46 per cent of his targets. But he led the league in incomplete targets that were down to quarterback error (28), so will look for improvement under the steady Bridgewater. 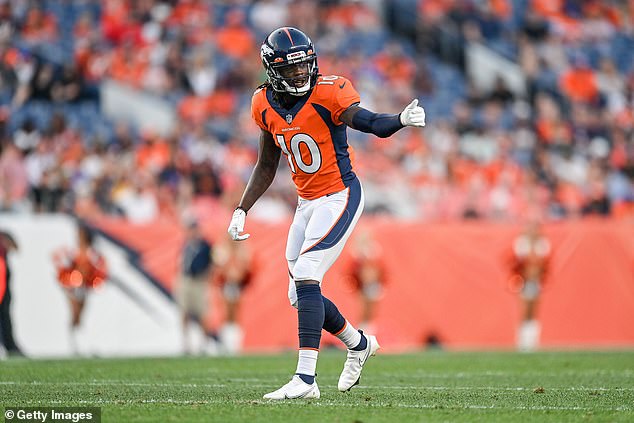 Matthew Stafford is a significant improvement over Jared Goff, but this really is win-now mode for the Rams, who traded two future first round picks for the 33-year-old.

Sean McVay, the NFL Coach of the year in 2018, had been unable to call explosive plays due to Goff’s regression, so the strong-armed – and phenomenally tough – Stafford appears a great fit.

Add to that a strong ground game – albeit weakened by the loss of Cam Akers – and a rock-solid defense and the Rams look to be back in business.

In New Orleans, the 30 for 30 man himself Jameis Winston has the unenviable task of stepping into Drew Brees’ cleats.

Anyone who witnessed his wacky and wild display at Tottenham Hotspur Stadium in 2019 will be all too aware of his foibles. Sean Payton is not used to seeing a quarterback giving the ball away, so we could be in for fireworks. Or Taysom Hill. 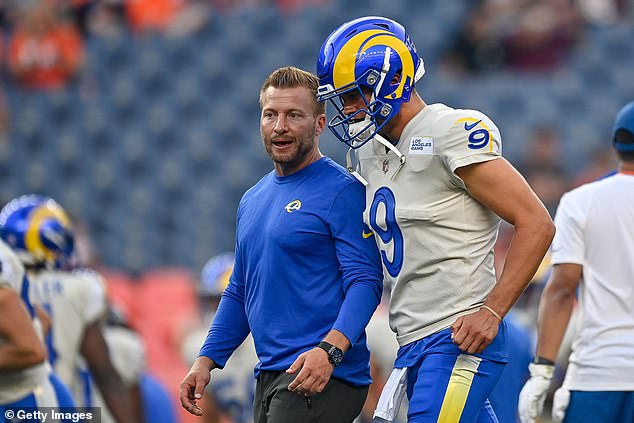 PREDICTIONS: How does each division rank? Who will win each one? and who will earn a Wild Card?

Sam Darnold has been handed a chance to resurrect his career after the abuse handed out to him by Adam Gase at the New York Jets.

Carolina are paying their former quarterback, Teddy Bridgewater, to play in Denver. He beat Drew Lock to the starting role and looks in a decent spot.

With a supporting cast featuring Courtland Sutton, Jeudy, Noah Fant, Tim Patrick and KJ Hamler – not to mention a top five defense – it is tough not to root for the likeable Bridgewater.

And then there’s Carson Wentz, who was injured in preseason. Yes, he’ll play the Colts opener but High School coach Philip Rivers has said he is not averse to an NFL return…

Aaron Rodgers turned his back on Jeopardy! and is back in Green Bay after an(other) offseason filled with holdouts and hullaballoo.

Off the back of an MVP season, Rodgers’ third, Green Bay are stronger at receiver, have a decent ground game and his best mate Randall Cobb is back too.

After back-to-back 13-3 seasons, Green Bay may be due a regression – their schedule last season featured seven teams in the bottom ten in pass defense. And they went 6-0 in a weak division.

Regardless, Rodgers seems happy going in to what is expected to be his last year in Titletown – and as long as he stays healthy Green Bay have a chance in any game. 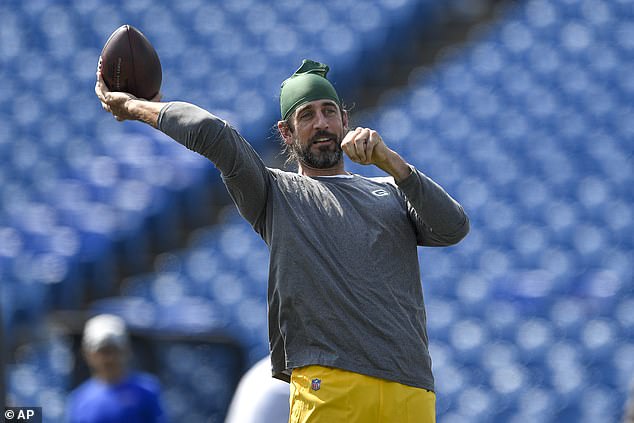 Entering his sixth year, Henry appears unstoppable. A 6ft 6in train of a man, he is operating behind one of the best – and most expensive – offensive lines in football.

But how will they cope with the departure of offensive coordinator Arthur Smith to Atlanta?

Despite serious problems on defense, the Titans look odds on to win the AFC South, one of the weakest divisions, and Henry is favourite for the rushing title once more. 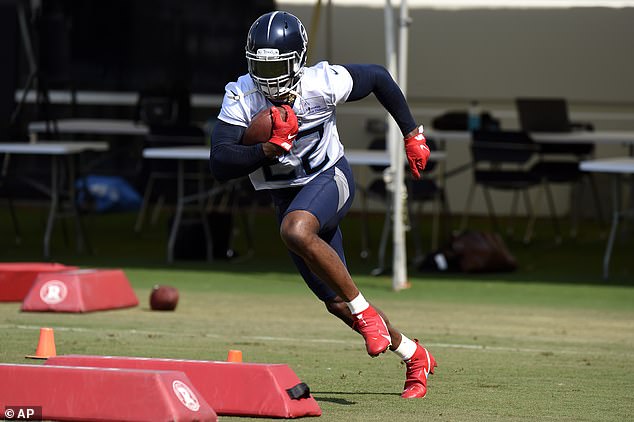 Some 70 players opted out last year, but this time there will be no such leeway.

While the NFL has shied away from making it compulsory for players to be vaccinated, its stringent policies leave its stance crystal clear. 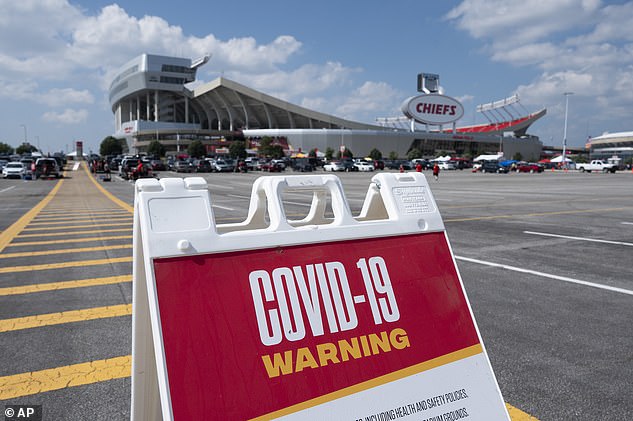 While the NFL has shied away from making a vaccine compulsory, there are stringent policies

If a game cannot be played due to an outbreak of Covid among unvaccinated players, it will be forfeited. Neither set of players will be paid.

Two teams, the Atlanta Falcons and the Buccaneers, are 100 per cent vaccinated and while some vaccine refuseniks – such as Minnesota Vikings quarterback Kirk Cousins and Bills receiver Cole Beasley – are outspoken, it is tough to see jabbed team-mates stay silent if they lose games and money.

HOUSTON, WE HAVE A PROBLEM

The Texans have slumped from winning the AFC South six times in the past decade to the NFL’s worst team.

Bungling former head coach/general manager Bill O’Brien let most of their top talent walk, leaving the Texans without a pick in the first two rounds of this year’s draft.

They do have a magnificent quarterback in Deshaun Watson. But he doesn’t want to play for Houston.

Nor can they find a suitor for a man who faces 22 civil lawsuits accusing him of sexual misconduct and sexual assault.

With an aged roster and an untested head coach, Houston will do well to get anywhere near last season’s four wins. 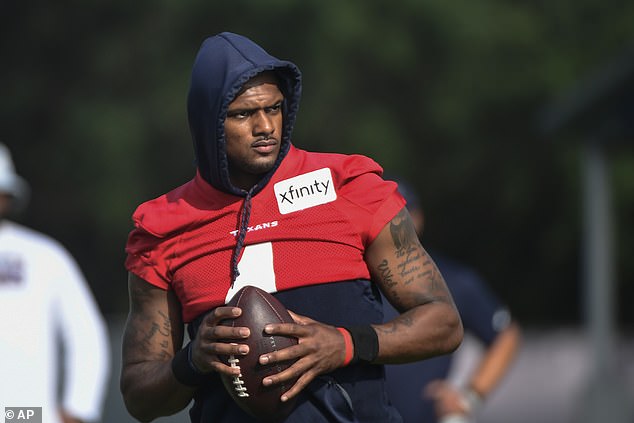 Kansas City’s $500million quarterback can do anything.

With his signature no-look and sidearm passes, the man who sets social media alight every time he plays is the face of the NFL – and its most talented player.

After surgery on the turf toe which hampered his mobility in the Super Bowl, the 2018 MVP is ready to wow again.

Under avuncular head coach Andy Reid, the Chiefs have strengthened on both sides of the ball after that defeat by the Bucs.

With 17 games, Mahomes is favourite to break Peyton Manning’s single-season passing record (5,477 yards set in 2013 with the Denver Broncos).Beyond that, it is easy to see him taking the Chiefs into a third straight Super Bowl. 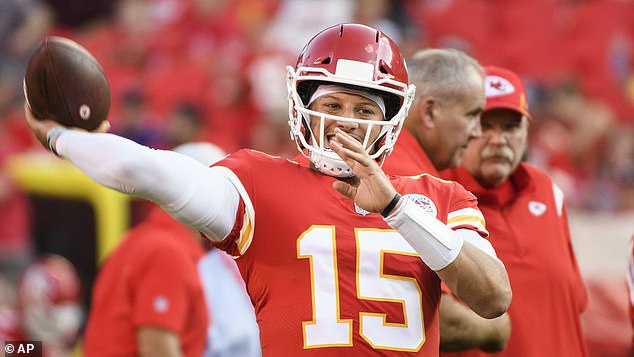 After surgery on the turf toe which hampered his mobility in the Super Bowl, Patrick Mahomes is ready to wow again

Kansas City have strengthened on both sides of the ball and Mahomes leads the Chiefs into a third straight Super Bowl. He outduels Brady and the Bucs to get everyone talking about Round Three…