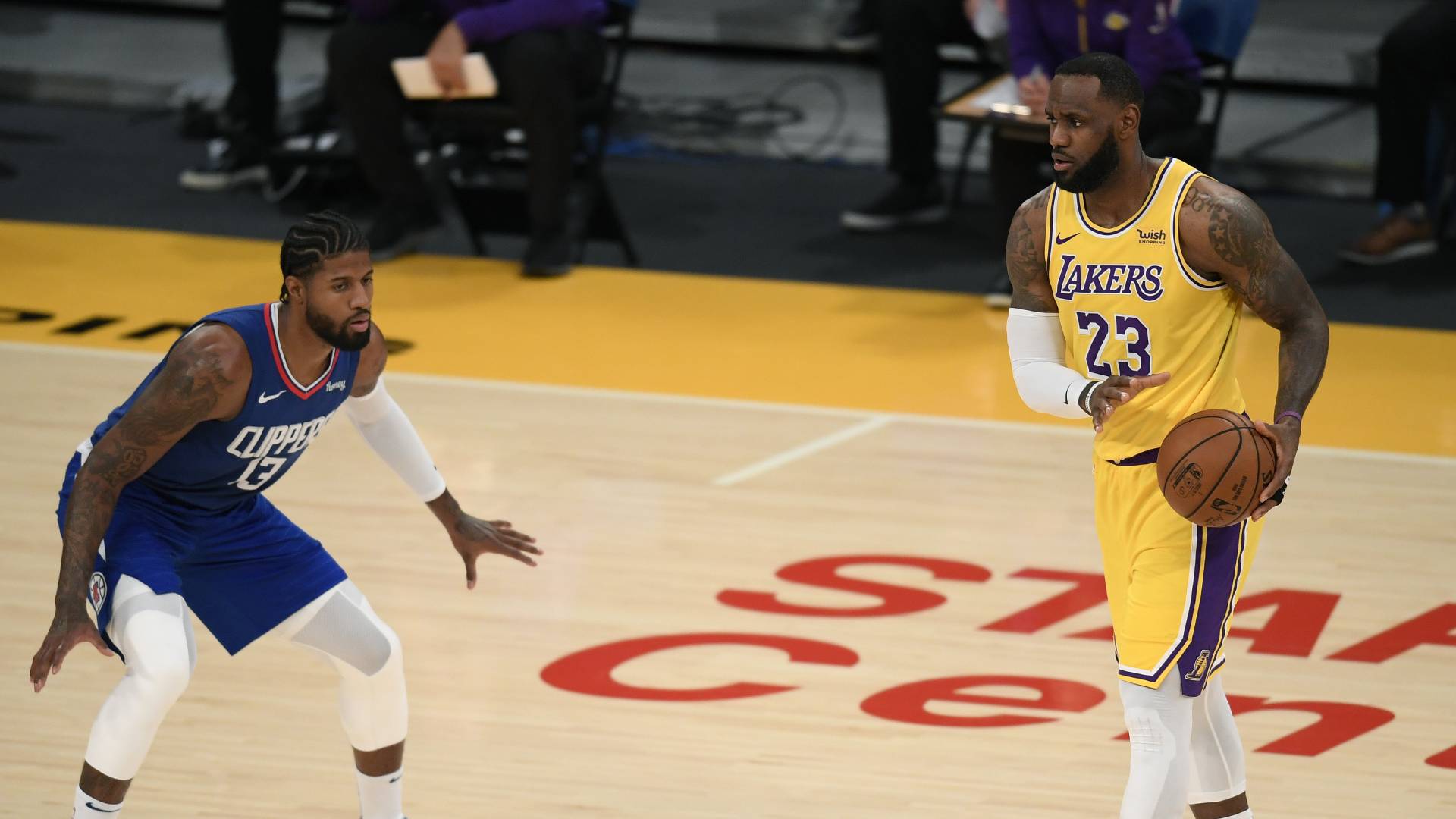 When looking at the landscape of the NBA, there might not be a position group more intriguing than small forward.

There are a wide range of players that carry out a variety of roles for their teams. All-around superstars, playmakers, elite scorers, 3-and-D wings — small forward has it all.

The list of starting small forwards contains a number of mainstays in the league, with the likes of LeBron James, Jimmy Butler, Paul George, DeMar DeRozan and Gordon Hayward each having at least 10 years of NBA service to their names.

Meanwhile, Jaylen Brown, Brandon Ingram and Michael Porter Jr. enter the season under the age of 25 and, in the cases of Brown and Ingram, having already picked up an All-Star selection. Porter could be well on his way to making an All-Star leap in his third season.

Usually, this list would feature two-time NBA Finals MVP Kawhi Leonard, but his offseason surgery to repair a partially torn ACL makes his status for the upcoming season uncertain. George will slide to the small forward position, and he lands high on this list.

With all of that in mind, let’s get to the rankings.

LeBron’s been a mainstay atop lists like these for a while now.

“King James” is entering his 19th season in the NBA and fourth as a member of the Lakers, but it would be unwise to think that the 36-year-old is going to show signs of slowing down anytime soon. Despite appearing in just 45 of a possible 72 games during an injury-riddled 2020-21 campaign, James earned All-NBA Second Team honors with averages of 25.0 points, 7.8 assists and 7.7 rebounds for the seventh-seeded Lakers.

It’s easy to lose sight of the fact that, prior to the high-ankle sprain James suffered in late March, he was a frontrunner to win his fifth NBA MVP award. That injury effectively derailed the trajectory of his season, as he and the Lakers hobbled into the postseason and were eliminated by the eventual Western Conference champion Suns in the first round.

With the first-ever first-round exit of his career fresh on his mind, James enters Year 19 rejuvenated after a long offseason period and will be on a mission to lead his Lakers back toward the top of the West. As we’ve learned in the past, when LeBron is on a mission, things can get scary.

Simply put, Butler does it all.

He missed out on an All-Star selection last season, but Butler did earn All-NBA Third Team and All-Defensive Second Team honors after averaging 21.5 points, 7.1 assists, 6.9 rebounds and a league-leading 2.1 steals over 52 games.

Miami’s season ended in the opening round of the 2021 playoffs, but the team has retooled in adding Kyle Lowry this offseason, meaning Butler can take a step back from playmaking and do more as a scorer to establish the Heat as a true dark-horse contender.

George has unfairly caught some flack in recent years, but the praise should be as loud as the criticism.

After Leonard went down in Game 4 of the Western Conference semifinals, George stepped up to the challenge, averaging 29.6 points, 11.0 rebounds and 5.6 assists for the Clippers. Los Angeles advanced to its first-ever Western Conference finals and came within two wins of reaching the NBA Finals.

We don’t know exactly when Leonard will return to action this season, so George will need to step up in order to keep his team afloat.

Middleton successfully carried out his role as the second-best player on an NBA championship team, stepping up on a number of occasions when the Bucks needed him most during the title run.

On the way to Milwaukee’s first championship in 50 years, Middleton dropped 38 points while facing elimination in Game 6 of the Eastern Conference semifinals, hit the game-winner in an epic Game 7 and, to keep things going, scored 38 (including 20 points in the fourth quarter) to help the Bucks regain home court advantage in the Eastern Conference finals. He closed the series with 32 points in the clincher with Giannis Antetokounmpo sidelined.

Oh, and he averaged 26.0 points, 6.3 rebounds and 5.0 assists over Milwaukee’s four consecutive wins to capture the title, including a 40-piece in Game 4.

It’s unfortunate that a wrist injury prevented Brown from playing in the postseason because it would have been the perfect platform to put an exclamation point on his breakout campaign.

Brown earned the first All-Star selection of his career with averages of 24.7 points, 6.0 rebounds and 3.4 assists while shooting 48.4 percent from the field and 39.7 percent from 3-point range. Soon to be 25, Brown’s improvement up to this point would indicate that his best is yet to come.

He sits at No. 5 for now, but Brown is sure to rise up the ranks.

In the grand scheme, it feels like DeRozan’s consistency is somehow overlooked at times.

The 2020-21 campaign marked the seventh straight season in which DeRozan averaged over 20 points per game, doing so while handling an increased playmaking role that resulted in a career-best 6.9 assists per game. DeRozan is by far the most accomplished member of Chicago’s new core and will be looked upon to contiinue his consistent play to help the team end a playoff drought that dates back to 2017.

After being named Most Improved Player in 2020, Ingram showed that the growth in his game was here to stay. While the Pelicans had their fair share of ups and downs last season, Ingram was consistent, averaging 23.8 points, 4.9 rebounds and 4.9 assists while shooting 46.6 percent from the field and 38.1 percent from beyond the arc on 6.1 attempts per game.

The clock is ticking for New Orleans to find postseason success, but here’s your reminder that Ingram is just 24. He has a pretty good 21-year-old teammate in Zion Williamson. Things will be just fine.

A healthy Hayward is the key to the Hornets’ success this season. Many scoffed at the four-year, $120 million deal Hayward signed with Charlotte, but he lived up to the billing, averaging an efficient 19.6 points, 5.9 rebounds and 4.1 assists per game.

After Hayward went down on April 2, Charlotte sputtered to the finish line with an 8-16 record. (LaMelo Ball and Miles Bridges also missing time didn’t help.) With a bigger spotlight on the Hornets, Hayward will get the recognition he deserves.

Sometimes Porter’s efficiency is so absurd it doesn’t seem real. Porter averaged 19.0 points and 7.3 rebounds in his second NBA season while shooting 54.2 percent from the field and 44.5 percent from deep.

This year, the absence of Jamal Murray means Porter will need to be Denver’s No. 2 option full-time. His ability to step into that role will dictate how high he can move up on this list.

If there was ever a definition of starring in your role, it would be Bridges. Three seasons into his career, the Villanova product has developed into one of the league’s most stifling perimeter defenders and a 3-point marksman, shooting 42.5 percent from deep on 4.4 attempts per game last season.

Many were introduced to Bridges when he scored 27 in Phoenix’s Game 2 win in the NBA Finals, and entering Year 4, he’ll continue to make a name for himself.