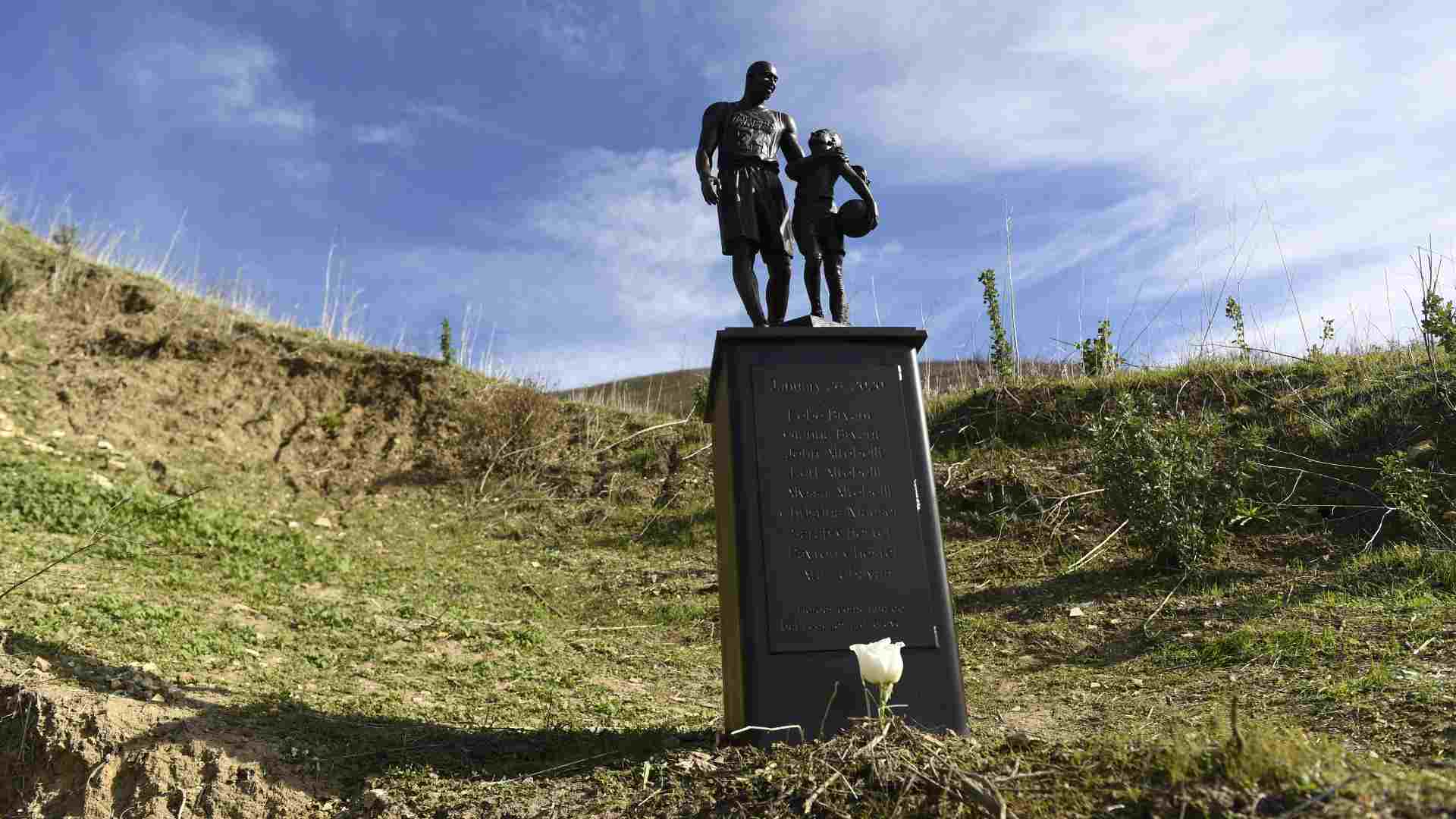 A Los Angeles sculptor on Wednesday marked the second anniversary of Kobe and Gianna Bryant’s death with an original work of art.

Dan Medina built a 160-pound statue of the NBA star and his 13-year-old daughter and erected it over the site of the helicopter crash that killed them and seven other people the morning of Jan. 26, 2020, in Calabasas, Calif. The statue depicts Bryant, in his Lakers uniform, placing his hand on his daughter’s shoulder and Gianna holding a basketball.

Medina inscribed on the statue’s base the names of all nine people who died. He also inscribed the phrase “Heroes come and go, but legends are forever.”

Medina told TMZ how he got the sculpture onto the hilltop. He said that he carried it in a wagon that broke during the journey up the hill. He also said that the sculpture would only remain on the hilltop until sunset Wednesday. He is working on a life-size model that he hopes will remain at the site permanently.

“I’m willing to donate whatever’s here at no cost,” Medina told TMZ on Wednesday morning. “But that’s the hope, to have it permanently installed.”

The National Transportation Safety Board blamed pilot error for the crash. It said in its accident report that a series of poor decisions led to the pilot flying blindly into a wall of clouds where he became disoriented, which caused him to think the helicopter was climbing when, in fact, it was descending into the hill.

During a 20-year Hall of Fame career spent entirely with the Lakers, Bryant won five NBA championships, claimed the scoring title twice, earned 18-All Star selections and made 12 All-Defensive teams. He and his wife, Vanessa, had four children together: Gianna “Gigi,” Natalia Giamante, Binka Bella and Capri Kobe.