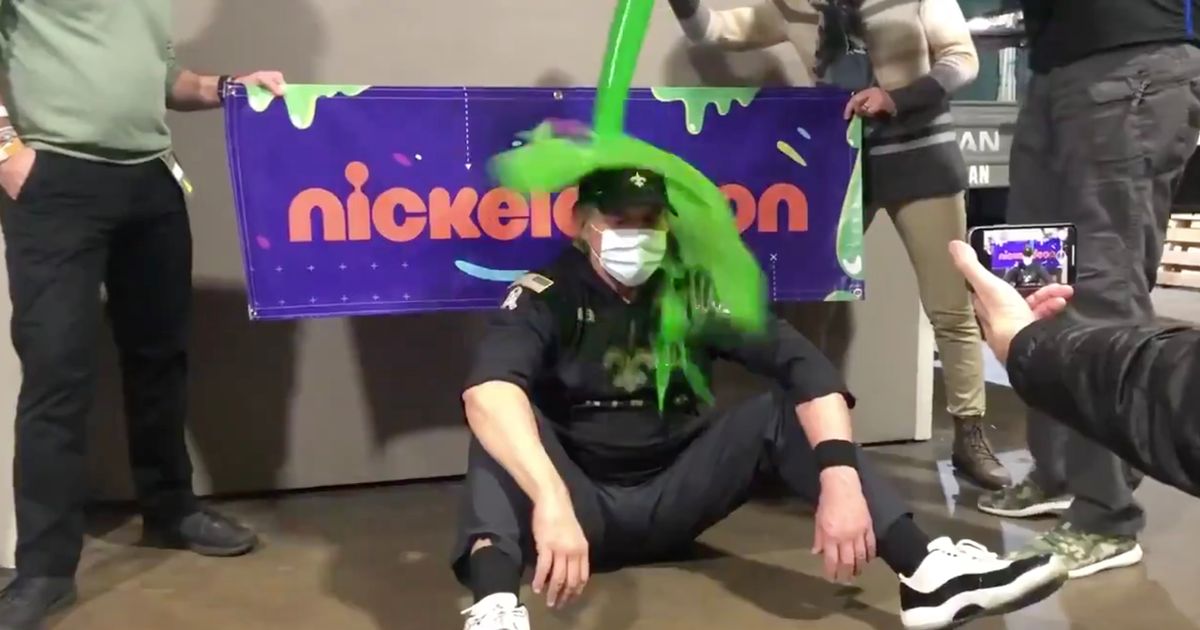 The Saints won in the Wild Card clash, which was shown on Nickelodeon in the States.

The broadcast included SpongeBob SquarePants, plenty of slime, and interesting graphics in an effort by Nick parent company ViacomCBS to introduce a new audience to NFL.

Payton had said before that he would be willing to be ‘slimed’ should his side progress past the Bears.

And he stuck to his word, being doused in green gunge following the victory in a brilliant clip.

Just before being covered, Payton said: “I told Nickelodeon I would do it.

"I just saw the buckets. And yeah, we're going to do that here in a few minutes."

It’s a long-standing Nickelodeon tradition to dump green slime over the heads of stars that appear on the network with Payton the latest to suffer.

The Saints will now face Tom Brady ’s Tampa Bay Buccaneers next weekend, with Payton looking to guide his team to the Super Bowl.

Following the 21-9 win over the Bears, he said: "As a coach, you're always concerned; you're wanting to operate efficiently.

“Look, I think that it's really focused on the things that you can tweak. We threw the ball a little bit more on first down.

“It's a good (Chicago) defence, a good front. We did the things that we needed to do. (It was) a good win.

“We didn't have a lot of possessions, but I know that we had two long drives, because when drives are over and you look at the pictures, when you get a heavy stack, you know that you were on the field for quite a while.

“I thought that the second half time of possessions were important. It proved to be important. Our defence played outstanding.”