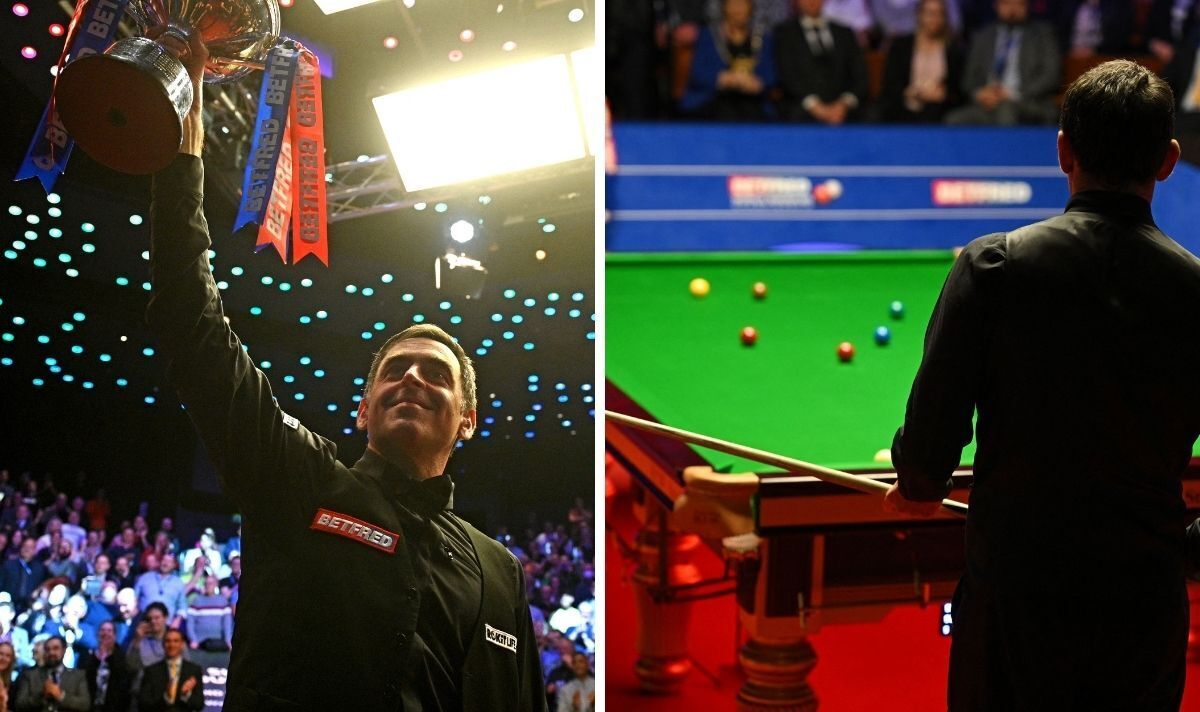 The 2021/22 snooker season ended with Ronnie O’Sullivan sensationally tying the record for the most world championships. The Rocket secured his seventh world title, moving level with Stephen Hendry after defeating Judd Trump at the Crucible Theatre.

O’Sullivan secured history by drawing level with Hendry for most world titles in the sport’s modern era as he defeated Trump 18-13. In the afternoon session, Trump won six of eight frames to make the score 14-11 before O’Sullivan sealed his famous win and the £500,000 prize as he took four of the evening’s first six frames.

The 46-year-old is already playing exhibition events in Singapore but is focusing on the opening event of the season. The Championship League begins on June 28, and the ranking event acts as a key focus for players who are lying further down the rankings.

The new season will see an expanded schedule with increased prize money on offer – and the key dates are listed below:

The first snooker tournament of the season will take place in Germany, where Fan Zhengyi will look to defend the title he won in Milton Keynes.

After a 17-year absence, the British Open returned to the calendar last season. Despite struggling at times throughout the tournament, Mark Williams won the title and he will be back in Milton Keynes to defend the honour.

The first of the Home Nations Series will be held in Belfast in October. Mark Allen came out on top last season and will be looking at putting in a strong defence.

Champion of Champions, October 31 TO November 6

There won’t be ranking points on offer at this event, but there will undoubtedly be plenty of keen eyes on the play as it features winners of events in the previous season. As a result, the likes of O’Sullivan, Neil Robertson and defending champion Trump will be battling for the prize money on offer.

The UK Championship signals the first of the Triple Crown series with Zhao Xintong as the defending champion. The format has been tweaked ahead of the 2022 campaign, as the top 16 in the world now automatically secure entry into the last 32, which mirrors the format of the World Championship.

Luca Brecel overcame a defeat to Xintong in the UK Championship final to bounce back and claim his hands on the Scottish Open. The Belgian will look to regain his title in 2022.

The year will ultimately end with a tilt at the Home Nations Series event in Brentwood. Fans will hope for a re-run of Robertson’s enthralling win over John Higgins in the 2021 final.

Robertson will look to defend his title to open 2023, and the atmosphere is set to be electric in Alexandra Palace.

World Championship, April 15 to May 1

While dates concerning events like the Turkish Masters and German Masters are still yet to be finalised, the World Championship has been confirmed. O’Sullivan, the defending champion, will kick the tournament off on April 15 2023.