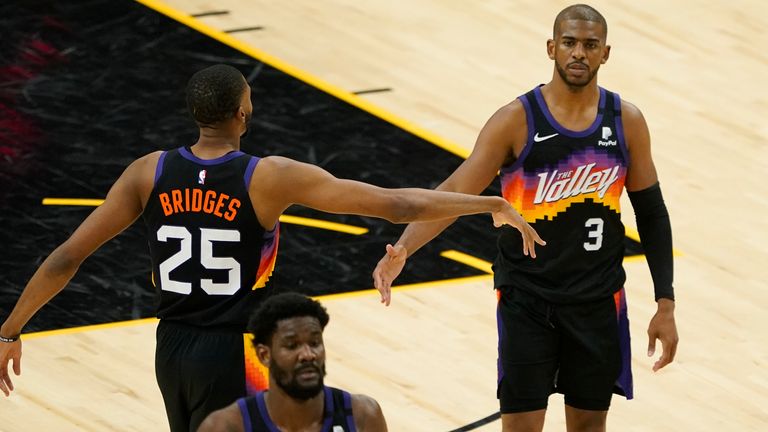 Phoenix Suns ended their 11-year wait for a return to the play-offs with victory over the Los Angeles Clippers on Wednesday night, where the Philadelphia 76ers also confirmed their position in the post season.

Conference leaders Utah and Brooklyn had become the first teams to seal their places in the play-offs over the early part of the week and it was the turn of the highly-fancied Suns and 76ers to confirm their positions in the mix for a place in the finals.

The @Suns clinch a playoff spot for the first time since the 2009-10 season.

Teams ranked 7-10 will participate in the NBA Play-In Tournament after the regular season (May 18-21) to secure the final two spots in the Playoffs for each conference. pic.twitter.com/gW0DldUemD

Phoenix Suns clinched their first playoff berth since the 2009-10 season with a 109-101 win over the visiting Los Angeles Clippers on Wednesday.

Chris Paul scored 15 of his 28 points in the fourth quarter, and he also had 10 assists. Phoenix are now two games ahead of the Clippers for second place in the Western Conference, while the Utah Jazz lead the conference standings by a game over the Suns.

Westbrook finished with 18 points, 18 rebounds and 14 assists for his 30th triple-double of the season.

Alex Len had 18 points and nine rebounds for Washington, which has won 11 of 13 and currently holds the final play-in spot in the Eastern Conference.

Anthony Davis led the Lakers with 26 points. Andre Drummond had 17 points and 11 rebounds for Los Angeles, who has lost now lost four of five.

Bojan Bogdanovic scored 24 points and Jordan Clarkson added 23 to lead Utah to a dominating victory over host Sacramento as the Jazz set a franchise record for most points in a game.

Sacramento could not keep pace after allowing the Jazz to shoot 64 percent from the field and make 24 of 41 (58.5 percent) of their 3-point attempts.

Nikola Jokic had 32 points and delivered a key block on Zion Williamson in the final seconds to help host Denver hold on to beat New Orleans.

Facundo Campazzo had a career-high 19 points along with 10 assists, and Michael Porter Jr. scored 28 for Denver.

Pelicans guard Lonzo Ball had 16 points, 12 assists and 12 rebounds for his first triple-double of the season. Brandon Ingram scored 27 points while Williamson added 21.

Bam Adebayo added 21 points and a game-high 11 rebounds for the Heat, while San Antonio’s Dejounte Murray posted his fourth triple-double of the season with 22 points, a game-high 11 assists and 10 rebounds.

Murray scored 11 points in the fourth quarter, but the Spurs – who entered the game with the NBA’s second-best road record at 18-10 – couldn’t stop Miami.

The Celtics snapped a three-game losing streak that included a home loss a night earlier to struggling Oklahoma City.

The Hornets lost their second game in as many nights despite 25 points from Devonte’ Graham. Terry Rozier had an off night for Charlotte, posting nine of his 15 points in the fourth quarter.

He was 4-for-18 overall from the floor, including 1-for-8 on 3-point attempts against his former team.

Norman Powell added 24 points and Damian Lillard scored 23 as the Trail Blazers defeated Memphis for the first time in three meetings this season. The Grizzlies won in Portland last Friday and Sunday.

Jonas Valanciunas scored 19 points and Dillon Brooks added 18 for Memphis, which dropped its second straight game. Ja Morant shot just 3-for-11 while posting 10 points and eight assists for the Grizzlies.

Julius Randle scored 34 points as host New York pulled away in a dominating fourth quarter in a blowout victory over Chicago.

Randle shot 12 of 23 from the field and posted his 12th 30-point game of the season for the Knicks, who outscored Chicago 37-19 in the final quarter as New York won for the 10th time in 11 games and moved one game ahead of fifth-place Atlanta in the Eastern Conference.

Nikola Vucevic totalled 26 points and 18 rebounds for the Bulls, who fell two games behind the 10th-place Washington Wizards for the final play-in spot.

The Bulls dropped to 4-5 this season without Zach LaVine (health and safety protocols).

Anthony finished with 18 points as Orlando snapped a six-game losing streak and won for just the second time in 14 games. Gary Harris led the Magic with 19 points, while Chuma Okeke scored 18 before leaving the game in the fourth quarter with an ankle injury.

Cleveland erased a 21-point deficit in the fourth quarter, tying the score at 104 when Kevin Love drained a 3-pointer with 1:03 left before fading in the final minute.

Want to watch even more of the NBA and WNBA but don’t have Sky Sports? Get the Sky Sports Action and Arena pack here 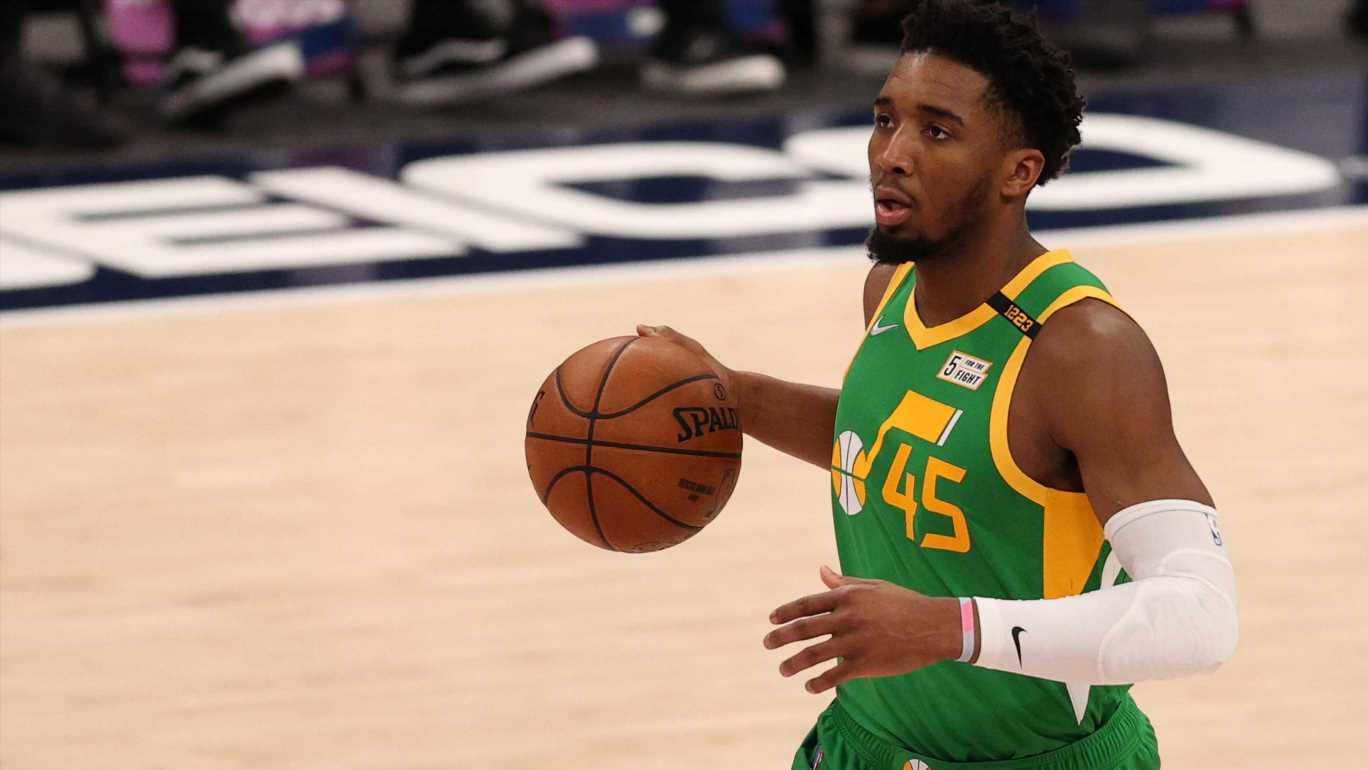 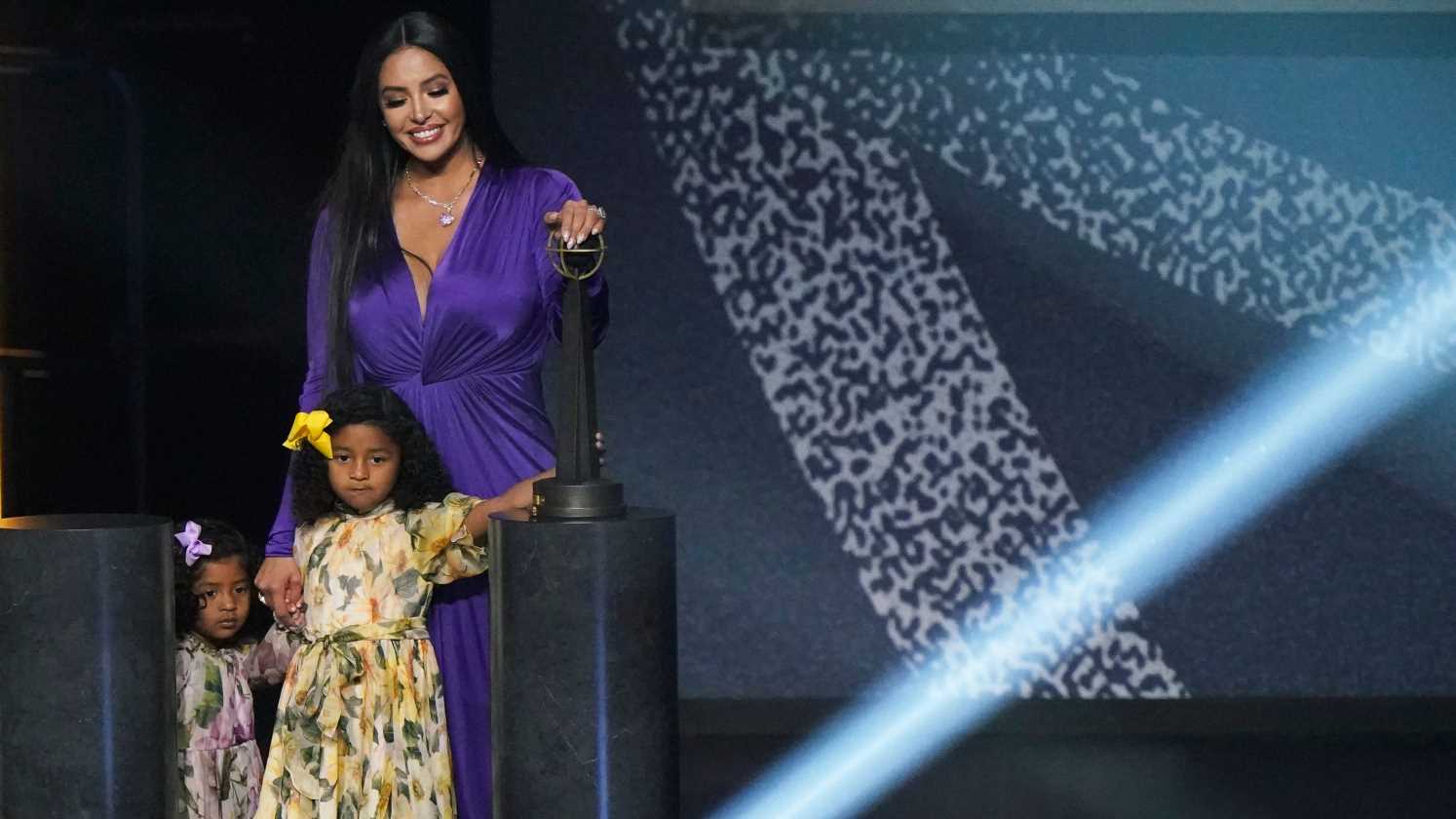