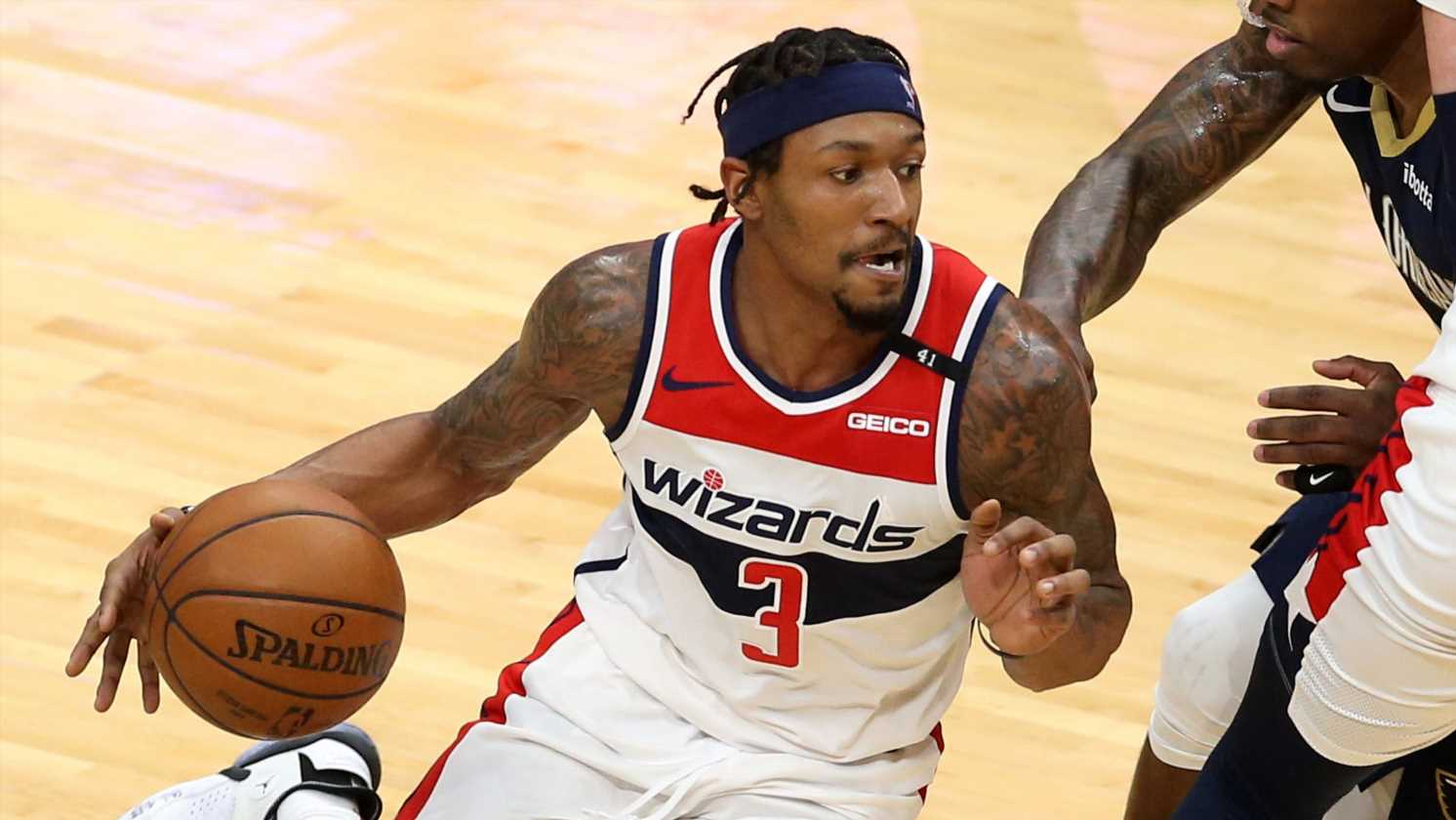 The Washington Wizards made Bradley Beal their  franchise player.

It was a deliberate choice when they traded John Wall to the Houston Rockets for Russell Westbrook before the season started.

As Beal emerged as a star – and continues to grow into one of the league’s best players – the Wizards decided to build solely around the ninth-year guard.

It’s no longer a two-star system with Beal and Wall in the backcourt for the Wizards.

The Wizards believe in Beal. “You do what you’ve got to do to make the franchise better,” Wizards general manager Tommy Sheppard said.

This season, Beal averages 32.9 points, No. 1 in the league, on 47.1% shooting and is line to make his third All-Star Game and perhaps his first All-NBA team.

As the Wall and the Rockets visit D.C. for a game on Monday, Beal relishes his role as the team’s centerpiece.

“It’s a blessing because you don’t take it for granted,” he said Sunday after scoring a game-high 35 points in Washington’s 104-91 victory against Boston.

Bradley Beal leads the NBA in scoring, and his name is sure to come up in trade speculation ahead of the league's trade deadline next month. But he and the Wizards seem uninterested in a trade. (Photo: Chuck Cook, USA TODAY Sports)

The Wizards are 7-17, their season derailed by injuries and COVID-19 protocols. But in the mediocre Eastern Conference, Washington is also just three games out of competing for a playoff spot.

A player of Beal’s caliber on a sub-.500 teams that hasn’t reached the playoffs since 2018 makes him the perfect candidate for a trade talks. Sheppard will get calls about Beal’s availability as the NBA moves closer to the March 25 trade deadline.

One, they are invested in him and want an All-Star on the roster. He is a player to build around and a box-office attraction. Two, Beal, who is a free agent after the 2022-23 season, has not indicated he wants out. He wants to be the centerpiece of a rebuild, at least for now.

“I’ve been very clear about that for a long time – Bradley Beal has separated himself as one of the elite players in the NBA,” Wizards general manager Tommy Sheppard told USA TODAY Sports. “He’s a fantastic two-way player. He’s proved himself to be a cornerstone for this franchise.”

The Wizards have a ways to go but with Westbrook, Thomas Bryant, Rui Hachimura, Davis Bertans and Deni Avdija, Sheppard believes the Wizards are building around Beal with the right players.

John Wall and Bradley Beal once were considered among the top guard duo's in the NBA. But the Wizards moved on from Wall, making Beal their franchise player. (Photo: Carmen Mandato, Pool photo via USA TODAY Sports)

The sexy story would be that Beal wants out after eight-plus seasons with the Wizards. The boring story is that Beal wants to stay and help turn around the franchise. Today, Beal sees something he wants to be a part of in Washington.

By making the Wall trade, the Wizards gave Beal power to help shape the direction of the franchise. Beal won’t make every decision, but this gives him a voice and seat at the table when it’s time to make major decisions. It’s rare that a player has that kind of opportunity.

Both sides made choices. Now, let's see if both sides can make it work for each other.