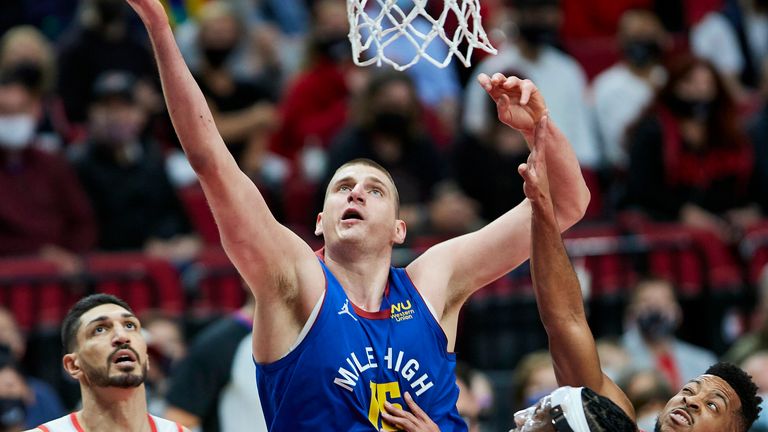 Nikola Jokic had 36 points, 11 boards and 5 assists as the visiting Denver Nuggets beat the Portland Trail Blazers 120-115 on Thursday night in Game 3 of their Western Conference first-round series.

Austin Rivers scored 16 of his 21 points from the bench in the fourth quarter, Michael Porter Jr. had 15 points, Aaron Gordon scored 13 and Facundo Campazzo had 11 for the Nuggets, who took a 2-1 lead in the best-of-seven series.

Game 4 is Saturday afternoon in Portland.

Denver led 89-81 early in the fourth before Anthony hit a corner 3-pointer, a pair of free throws and another one from long range to tie it at 91-all with 6:55 left.

The teams traded misses until Rivers hit a 3-pointer to give the Nuggets the lead again. McCollum split a pair of free throws and Gordon hit a layup to make it 96-92 with 5:10 left.

Anthony made a driving layup but Rivers answered with two more from deep to stretch the lead to 102-94 with 3:49 left.

Denver scored five straight to go up by 10 but Portland made a trio of 3-pointers to get within 118-115 with 3.9 seconds left. Monte Morris missed two free throws but Jokic tipped in the second miss to seal it.

Who else but the MVP to close it out

Denver led by as many as 12 in the first half and took a 64-59 lead into intermission.

The Trail Blazers got within two but Campazzo hit from deep and Jokic scored eight quick points to push the lead to 75-64 early in the third period.

Portland used a 13-4 run to get within 79-77, but Denver hit five free throws in the final two minutes to take an 84-79 lead into the fourth quarter.

And Denver survived a few surges to come away with a vital Game 3 win.