LeBron James scored a season-high 44 points – 10 rebounds and nine assists to pass Wilt Chamberlain for fifth place on the NBA’s career scoring list – as he led the Los Angeles Lakers to a 126-117 victory over the Portland Trail Blazers on Wednesday night.

James scored 28 points in the second half and vaulted past Chamberlain on a three-point play with 3:55 to go, finishing the night with 31,425 points. He also fell just short of the 75th triple-double of his career during his most impressive performance since joining the Lakers in the off-season.

Yet while James delivered a dazzling performance, it wasn’t all good news for Los Angeles. Afterward, coach Luke Walton said Rajon Rondo broke his hand during the game. The veteran point guard will be sidelined for a few weeks. 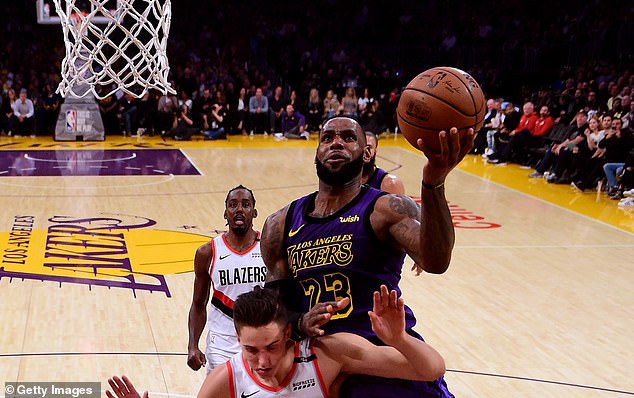 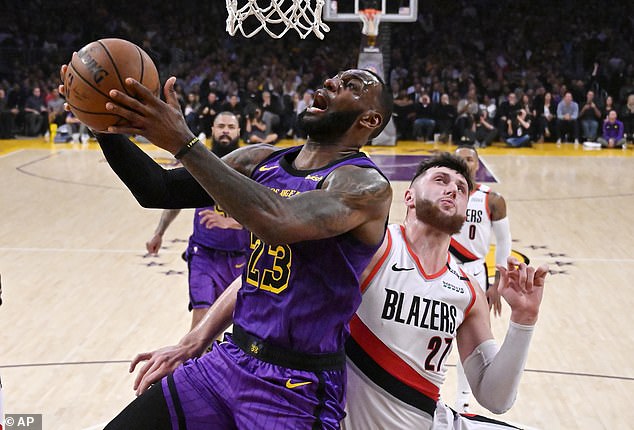 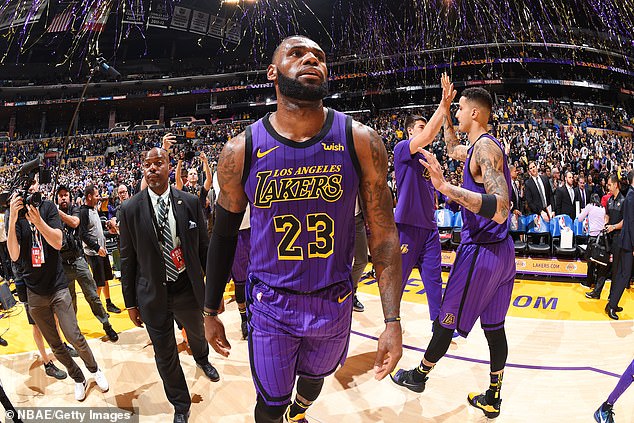 James has moved from seventh to fifth on the career scoring list during his debut season with Los Angeles, passing Dirk Nowitzki and Chamberlain.

Five of the top six scorers in NBA history suited up for the Lakers, and James reached his latest milestone during a dominant performance that had chants of ‘M-V-P!’ raining down from the Staples Center crowd.

Before the Lakers embark on a three-game trip including his return to Cleveland on November 21, James showed his new home fans what they can expect in big games, as if they didn’t already know.

James scored 16 points in the third quarter and 12 in the fourth, never allowing Portland to make a final run during the Lakers’ fourth consecutive win. 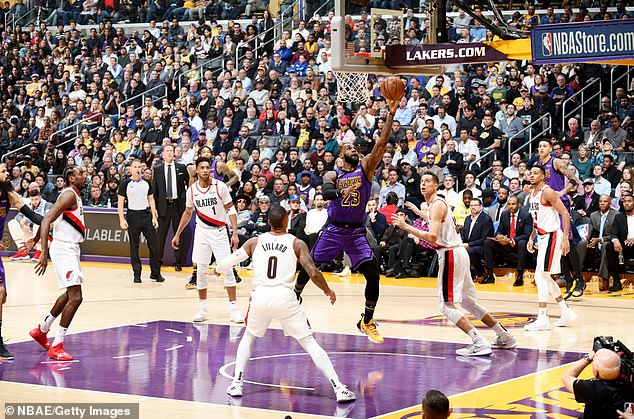 Damian Lillard had 31 points, 11 assists and eight rebounds, and CJ McCollum scored 23 points in the Trail Blazers’ first road loss to the Lakers since February 22, 2013, ending a nine-game streak at Staples. Portland has lost two straight to the Lakers after winning 16 in a row.

JaVale McGee scored 20 points and Brandon Ingram added 17 in the Lakers’ sixth win in seven games. After a slow start, Los Angeles (8-6) is already finding its groove in its first season with James and his fellow veterans joining the young core.

James hit his fifth three without a miss in the third quarter before Al-Farouq Aminu ended his perfect night from distance with a block. 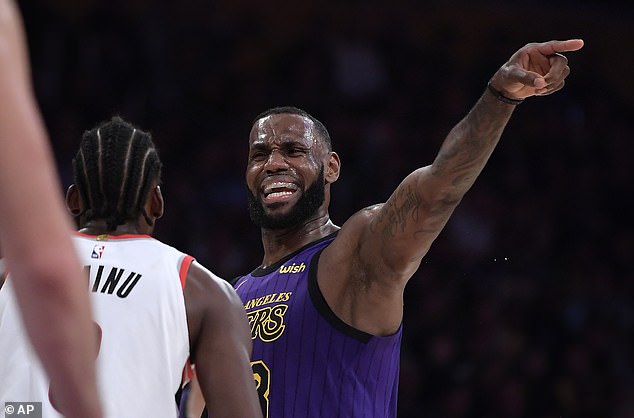