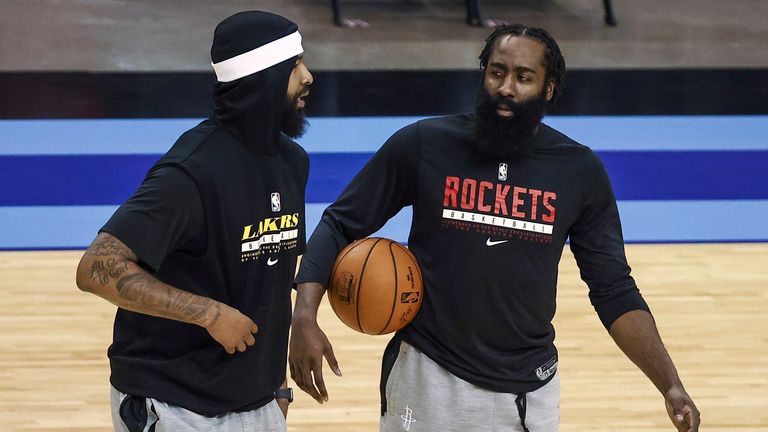 James Harden’s relationship with the Houston Rockets appears beyond repair after a second consecutive lopsided defeat left him venting his frustration with the team.

The Rockets (3-6) are second from bottom of the Western Conference following Tuesday’s 117-100 loss to the Los Angeles Lakers. They lost to the same team 120-102 on Sunday.

Several reports in the lead-up to the season said Harden was seeking a trade from the Rockets, though the guard has batted away the speculation.

“I love this city. I literally have done everything that I can,” said Harden. “I mean, this situation is crazy. It’s something that I don’t think can be fixed.”

The Rockets trailed by 30 points in the third quarter on Tuesday and Harden said they were well short of the quality required to challenge the top teams.

“We’re not even close, honestly, to that team – obviously the defending champions – and all the other elite teams out there,” he told a news conference. “I mean, you can tell the difference in these last two games.