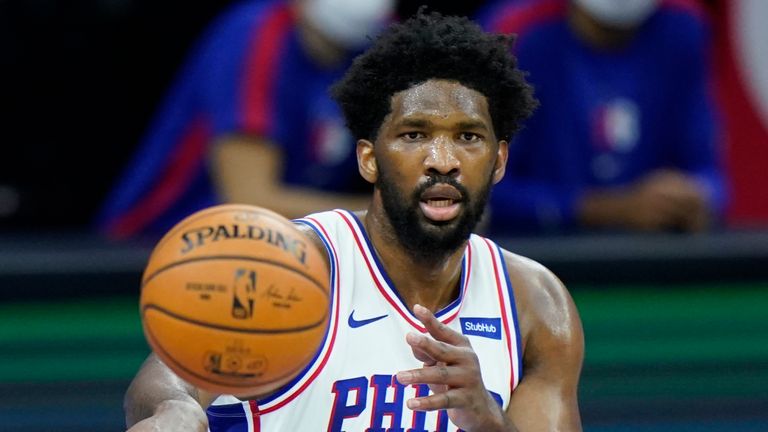 When the original basketball icon George Mikan introduced the three-point line as commissioner of the NBA’s rival league, the American Basketball Association, in the 1960s, the Minneapolis Lakers legend said: “It would give smaller players the chance to score”.

It would take a while before the three-point line had an equalising effect, making smaller, perimeter players an equal threat to the lumbering giants – about 40 years or so – but it seemed to have finally had an impact in the past decade.

Even during the 2014-15 season, modern day legend Charles Barkley proclaimed that the Golden State Warriors were not one of the top three teams in the Western Conference, saying “I don’t like jump shooting teams, I don’t think you can win a championship”. The Warriors won 67 games that year and dominated throughout the playoffs, en route to their first of three championships in the next five seasons.

The success of Stephen Curry and Klay Thompson inside an offensive system built on passing, moving and shooting – designed by a former sharpshooter and Warriors head coach Steve Kerr – changed the way the game was played.

The likes of the Washington Wizards, the Portland Trail Blazers, the Los Angeles Lakers, the Atlanta Hawks, and many others designed a perimeter-led offense in a bid to replicate it. And last season, the Houston Rockets took it to the extreme: trading away their only big man, Clint Capela, to play a line-up of 6ft 7in or shorter players only.

Not only had Mikan’s vision for the game of basketball materialised, it was phasing out talented players who matched his own 6ft 10in stature. All-Star Roy Hibbert was run off the court and retired, power forwards like Dirk Nowitzki became centers, and the likes of Kristaps Porzingis entered the league playing away from the rim entirely.

Philadelphia 76ers head coach Doc Rivers has been around the game for long enough to see the NBA ebb and flow with different trends. He told Sky Sports NBA: “This league is a league of followers. We always have been. When we won the title in Boston [with the Celtics in 2007-08], I found that the next two years everyone was trying to run our offense and do the same stuff.

“Whenever I saw those things I was very happy, because I thought, ‘they’re not going to do it better than us’. I bet Golden State [in recent years] were laughing for a while, watching everybody try to shoot threes and play like them, when they had the three best shooters in the league on one team.”

New to the team this year, Rivers has inherited a roster that seemed to stand as a last bastion of height when the rest of the league went small. His 7ft 2in center Joel Embiid is able to shoot outside and has some grace around the floor, but he is at his best in the low post – backing down a defender and attracting double teams, or facing up to the basket.

He’s not the only big body on the Sixers. In recent years, they’ve put him on the floor with 6ft 9in Al Horford, 6ft 8in Tobias Harris and the 6ft 10in point guard Ben Simmons.

Simmons is still there, but they have downsized and gone for a better balance of shooting, adding Seth Curry and Danny Green to the mix with youngsters Tyrese Maxey and Shake Milton.

It is only Milton’s second season in the NBA – both with the 76ers – but in his early career, he has recognised the advantages that Philadelphia has, and told Sky Sports NBA: “I haven’t noticed [the change from small ball to big] as much, but I would say it definitely helps out in our favour, with us being a big team. Having Joel, Dwight [Howard], Ben and Tobias – those are all big guys and it helps when it comes to defense and rebounding, and turning it into offense.”

The defense has been good in Philadelphia for a few years, but this season, Rivers has made the most of what the roster has to offer on offense. It’s still early, but the 76ers are scraping into the top half of the league in terms of points per game, compared to last year when they were in the bottom third.

Much of that comes from letting Simmons run. If he catches a rebound, or receives an outlet pass in a good spot, his size and skill means he can run the length of the floor and muscle to the rim before most of the defense has a chance to cross halfcourt. But even in a set offense, having smaller shooters sliding around screens and running motions is a lot more suited to the 76ers’ two towering stars.

Jackson Frank of the Liberty Ballers recently highlighted how Embiid’s passing has led to his best ever assist numbers per 100 possessions. He also has a reduced turnover rate, because the big man is not crowded by two other close-to-seven-footers who need the ball in the mid-post. It means the ball is moving more quickly, and the team has gone from playing around 101 possessions in each game last season, to around 108 this year.

If they can maintain their defensive prowess with this increased pace and productivity, they will be a dangerous team come playoff time.

Facing the Brooklyn Nets this week will be one of the 76ers’ first big tests. Not only because the New York team is pencilled in as a contender if everything goes to plan, but also because of the way they go about their business.

The Nets’ offensive output suggests they are holding onto the small ball mentality that has ruled the roost in recent years, especially at the moment with Kevin Durant unavailable. They are second in the league in scoring and sixth in pace so far this season, but they are still ninth in the league in terms of points in the paint, thanks to Kyrie Irving’s ability to drive, Durant’s crafty low-post game, but also the likes of DeAndre Jordan and Jarrett Allen rolling to the rim out of pick and rolls to catch passes and lobs to finish with authority.

They can also go small with Jeff Green at center, who can stretch the floor, which causes issues for teams with traditional bigs – like the $205m man, Rudy Gobert of the Utah Jazz.

Jazz head coach Quin Snyder told Ben Anderson at KSL Sports about the struggles the Nets present before playing against them earlier this week.

He said: “On an individual level, Rudy being able to defend on perimeter is sometimes a matter of comfort. When he’s on the perimeter defending a guard and moving his feet, is he disciplined to keep his hand up to deter a three-point shot? Is he switching? All those things come into play.

“Mainly we’re talking about small line-ups with Rudy, but there’s a big impact on other players, it becomes more important for guys to play their guys individually.”

The crafty pace of Irving set a flamethrower to a typically good defensive Jazz squad earlier this week as the Nets hung 130 points on Utah, with a 34-point margin of victory.

And that’s something the 76ers will be aware of before they play the Nets on Sky Sports on Thursday night.

Rivers said: “It’s a good test for us. We don’t have speedy guards [on our team]. And watching Kyrie the other night, he showed what one single small man is able to do – it’ll test our defense for sure.”

It might not be the defining battle in the war between big bodies and small ball, but when Brooklyn takes on Philadelphia, it will hopefully show how entertaining the clash of styles can be.

Rivers agreed: “Everyone is now settling down and finding out what they do best. I think every team is trying to play their style – and that’s a good place to be.”

Watch Joel Embiid, Ben Simmons and the league-best 7-1 Philadelphia 76ers take on Kyrie Irving and the Brooklyn Nets live on Sky Sports Arena from half-past-midnight in the early hours of Friday morning.