Stephen Curry left with an injury and the Golden State Warriors were unable to recover in a 134-111 loss to the Milwaukee Bucks that ended their eight-game winning streak on Thursday night.

The two-time defending NBA champions were already missing All-Star Draymond Green and then lost Curry midway through the third. The two-time NBA MVP strained the abductor muscle in his left leg and went to the locker room shortly thereafter. He did not return. 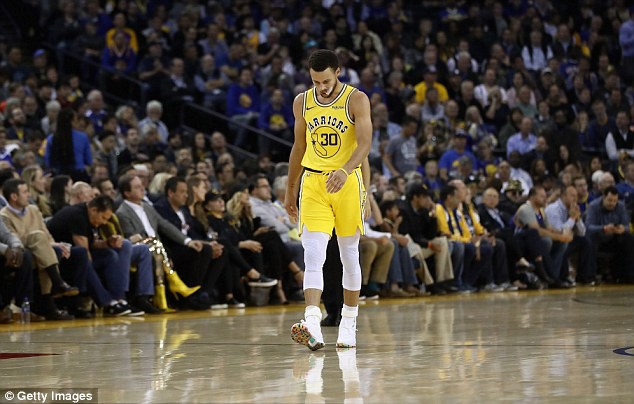 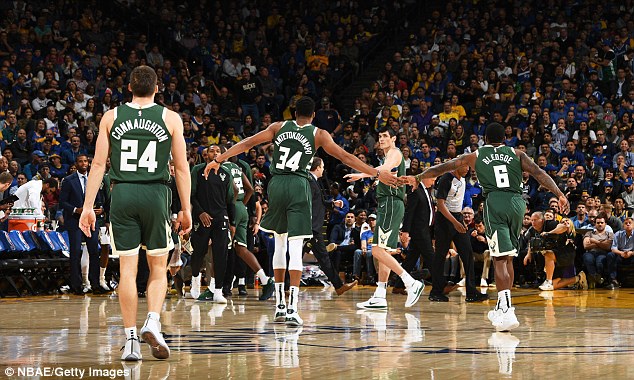 Curry grabbed at his inner thigh after trying to contest Bledsoe’s shot in transition at in the seventh minute of the third. He is expected to have an MRI on Friday.

Curry, limited to 51 regular-season games last season because of injuries, scored 10 points in his second straight game below 20 after getting at least 23 points in every game previously – including five 30-point performances and a 51-point outing in three quarters. He dished out six assists in 26 minutes.

Malcolm Brogdon scored 20 points and Khris Middleton had 17 and six assists as Milwaukee (9-2) won for the second straight time at Oracle Arena after a 116-107 victory back in March. The Bucks outscored the Warriors 41-28 in the third and shot 65 percent inside the arc (43 of 66) overall. 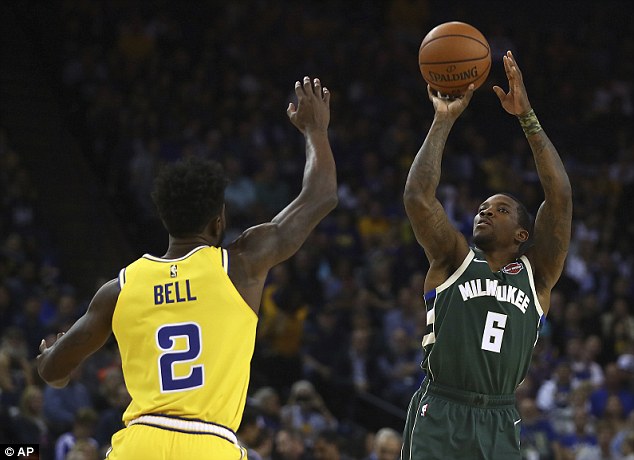 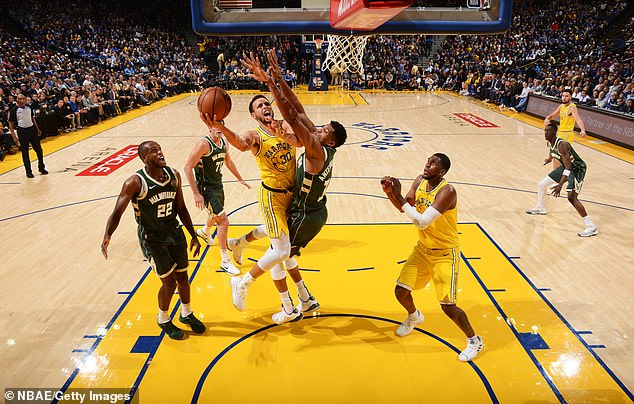 Antetokounmpo had 19 points, seven rebounds, three assists, a steal and a block by halftime as the Bucks led 64-51 at the break.

Bledsoe hit back-to-back layups to put the Bucks ahead 84-64 midway through the third then answered Curry’s jumper with a 3-pointer the next time down. Donte DiVincenzo’s basket at the 4:06 mark made it 93-69 and coach Steve Kerr called a timeout.

Jordan Bell had four points and five rebounds for the Warriors while moving into the starting lineup in place of Green, sidelined after spraining his right foot and toe in the first half of Monday’s win over the Grizzlies. 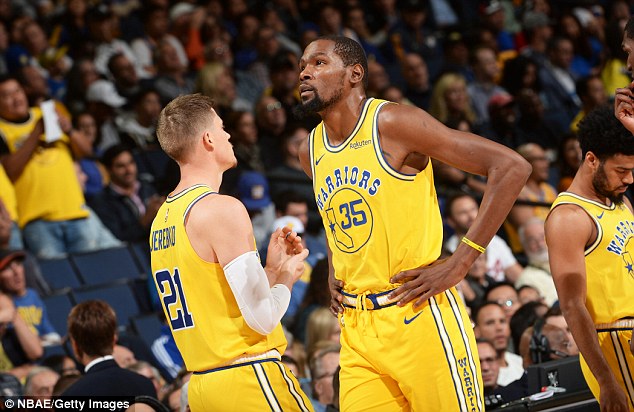