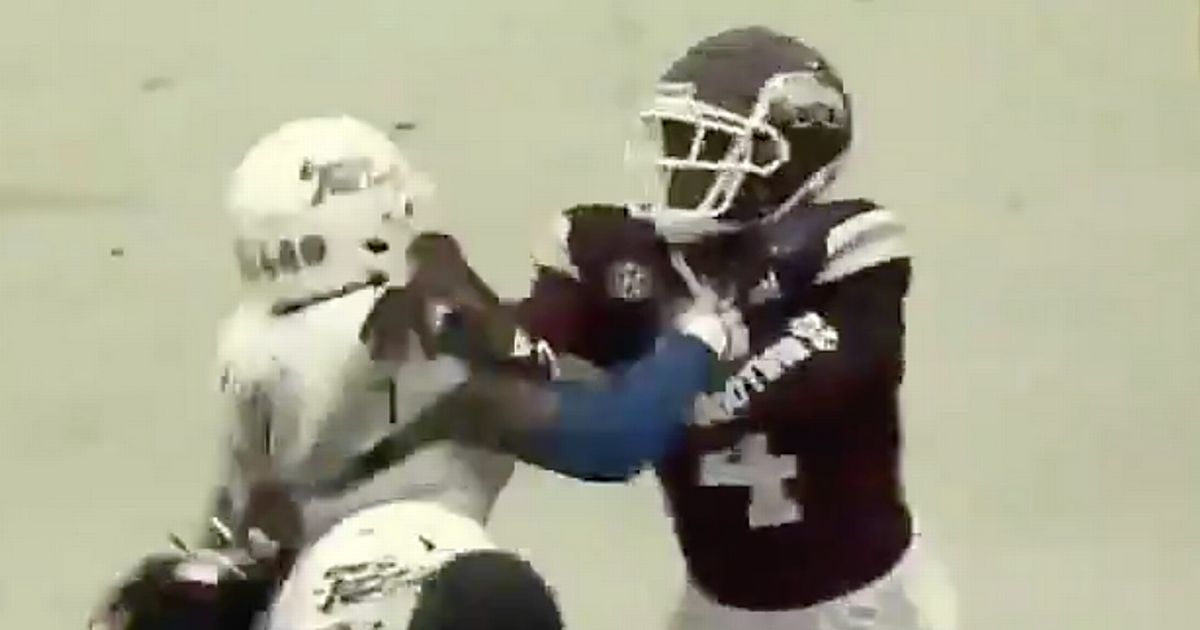 Tulsa and Mississippi State college football teams were involved in a mass brawl at the end of the Armed Forces Bowl.

The teams clashed before kick-off in Texas before Mississippi State went on to win 28-26.

And at the end, things turned nasty with both squads coming together on the field and pushing and shoving turned violent.

Plenty of punches were thrown as chaos descended with one kicked while he was on the ground and another needing to be helped off the field.

Heath had three catches for 16 yards in the victory and posted an Instagram video appearing to praise himself for his part in the brawl and joking about it with his teammates.

Though Mississippi State coach Mike Leach was keen not to focus too much on the post-match incident.

He said: “This is a football game so we're not going to be tearing cloth over this deal.

"Somebody went to a football game and somebody got hit. There's a point where I'm not going to lose my mind over it.

“And the continuation of it is dumb. So I would have that solidly in the category of dumb. Where the dumb started, I'm not entirely sure."

Tulsa safety Kendarin Ray had to helped off the field after the teams were separated having appeared to be injured.

“I think he has probably some version of a concussion and we‘ll leave it at that,” Tulsa coach Phillip Montgomery said.

“The one thing I’ll say is our program, our guys, we’re a team that is going to stand up for each other and we’re going to battle.

“We talk about faith, family and football – and family is going to take care of family. We’re a team that has battled all year long.

“We battled again today and from that standpoint our guys are going to continue to protect each other and go from there.”