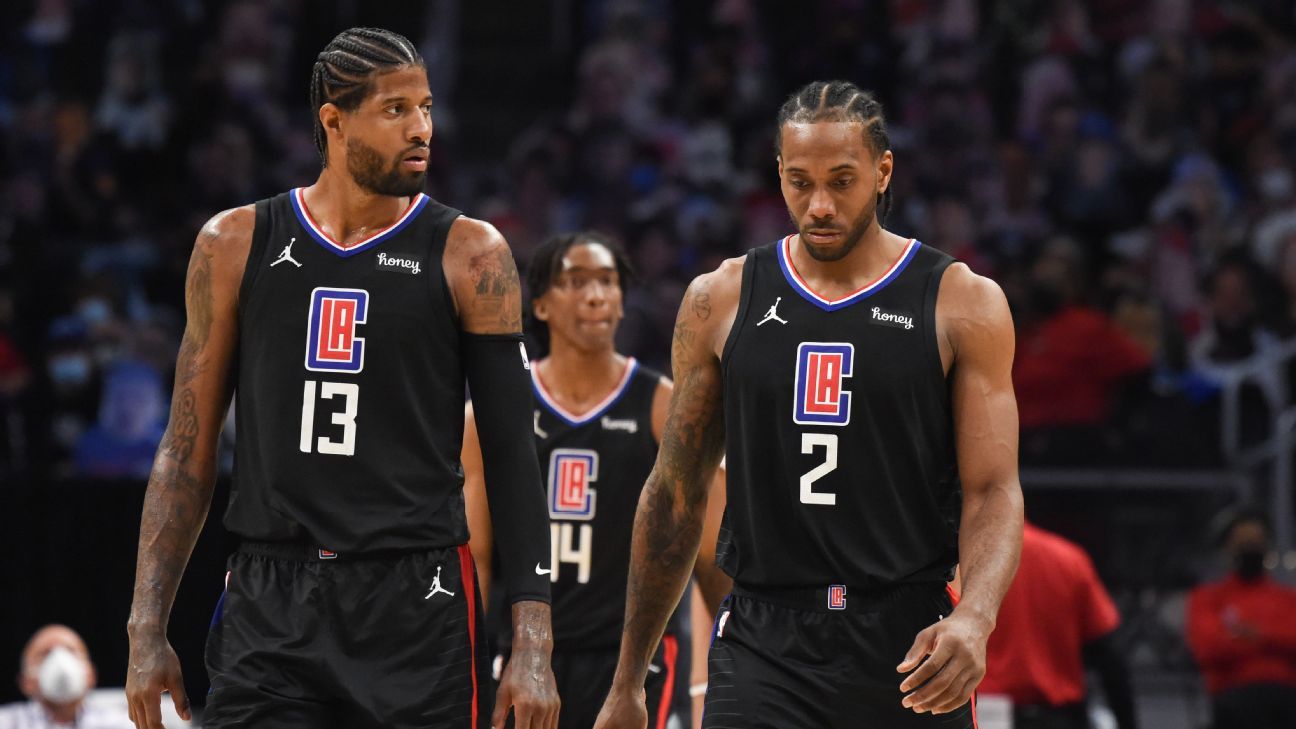 LOS ANGELES — After Tim Hardaway Jr. delivered a 3-point dagger for the Dallas Mavericks that took the air out of Staples Center, Luka Doncic waved to the road crowd asking to hear some noise before letting out a scream.

For the second straight game, the LA Clippers could not stop Doncic and the Mavs, and now they find themselves two losses away from what would be a stunning end to their season. Doncic had 39 points, seven assists and seven rebounds, and Hardaway added 28 as the Mavs stunned the Clippers 127-121 to take a 2-0 lead back to Dallas in this best-of-seven series.

The Clippers have lost five straight playoff games dating back to last postseason, when they blew a 3-1 lead in epic fashion to the Denver Nuggets in the second round. Despite that, Paul George said the Clippers aren’t panicking.

“There is none,” George said when asked what the team’s level of concern is after losing the first two games at home. “It’s a competition. We got to rise to the occasion. The fact of the matter is if we don’t, we’re done for. There is no level of concern.

If the Clippers’ defense doesn’t respond, Ty Lue’s team could find all of its talk of winning a championship silenced again prematurely. The Clippers entered this postseason with a lot of pressure to erase last season’s playoff meltdown in the bubble and live up to the enormous expectations on this team.

But despite resting core players and losing the last two games of the regular season to position themselves where they are in the playoff bracket, the Clippers now find themselves desperately looking to keep their season from being pushed to the brink in Game 3 at Dallas.

“I’m not concerned,” Lue said. “We gotta win four games, and you come in on an opposing team’s floor and play, there’s no pressure on you to make shots. You just try to come in and steal a game, steal two games. But now they gotta go home and keep up the same shooting. It’s easy to go on the road and do that with no pressure. We’ll see in Game 3.”

George added 28 points, 12 rebounds and six assists. But the Clippers couldn’t stop Doncic, who once again had his way after compiling 31 points, 11 assists and 10 rebounds in Game 1. And after the Clippers cut a 14-point fourth-quarter deficit to 120-116, Hardaway Jr. drilled an open 3 with 1:03 left to halt the Clippers’ desperate run.

“It’s not magic,” Leonard said of what the Clippers need to do to figure out Dallas. “We got to come out and play basketball. Get stops. That is the name of the game right now. They’re shooting too great in the first two games and we have to help each other. Too many straight-line drives, dunks, layups. We got to hang our hat on the defensive end.”

If the Clippers don’t find a way to slow down the Mavericks, they might not find a way back to Staples Center for a Game 5. Right after the buzzer sounded in Game 2, Leonard walked off the floor clapping his hands trying to implore his team to stay positive despite falling behind 2-0.

Leonard added: “Just gotta stay focused and make sure that we keep an eye on the prize.”

The Mavericks have all the confidence and momentum heading back home. The Clippers now have a few days to collect themselves and figure out how to keep their title hopes alive as the pressure only mounts.

“That’s the team that’s the most dangerous,” George said of an underdog team gaining confidence and playing free. “I’m pretty sure everyone expected to us win this. So they were the underdogs and when you’re a lower seed you really don’t have high expectations, so they’re playing free, they’re playing with confidence.

“I think we were giving them a little too much confidence, so that’s on us to shut that down.”