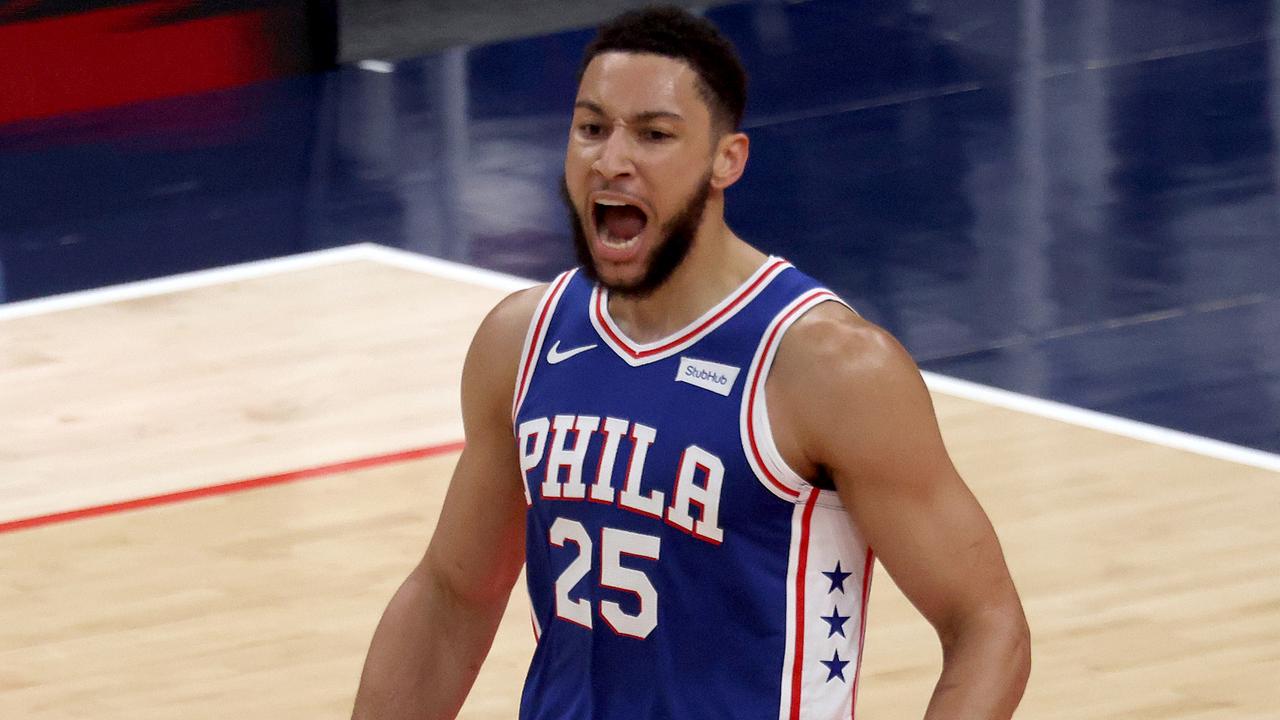 Philadelphia has taken a 3-0 lead in its series against the Washington Wizards after a big 132-103 win on the road on Sunday (AEST).

Ben Simmons made 14 points, nine assists and five rebounds before sitting out the fourth quarter, while Joel Embiid was dominant with 36 points — a career-high for the centre in the Playoffs.

Simmons was for the second game in a row putting up easy buckets in the paint, as emphasised by a moment in the second quarter when he isolated 191cm Russell Westbrook.

The Australian, who stands at 211cm, pump-faked and comfortably finished over the point guard before stooping towards the ground to complete the “too small” gesture.

Watch the best of the NBA Playoffs, including every game of the NBA Conference Finals & NBA Finals Live with ESPN on Kayo. New to Kayo? Try 14-Days Free Now >

Ben Simmons is probably the one player who the most frustrating part of his game is he can make scoring look so easy whenever he wants to.

Wizards are climbing back into the game but Rivers puts the starters back in the game to stop the bleeding. Meanwhile, Ben Simmons is getting to the basket with ease. Wizards haven’t found a way to stop him in the low post. Simmons has 10 points in the game.

Simmons was dominant in the first half — as he was in Game Two when he had 16 points, six rebounds and six assists by half time.

Nonetheless, he still came under the microscope as his woes at the free throw line deepened.

Having gone 0-6 from the charity strike in Game One, Simmons missed three more on Sunday, taking his series free throw record to 0-9.

He didn’t take a free throw in Game Two.

Simmons, however, had no issues driving to the bucket on Sunday, and coach Doc Rivers said his assertive approach was a big reason for the Sixers’ dominance.

“I thought (Simmons being aggressive) was key. … He was full steam every time,” Rivers said.

Elsewhere, Bradley Beale and Westbrook combined for 53 points for the Wizards, who must win four-straight matches to keep their season alive.

Philadelphia can wrap up the series in Game Four on Tuesday (9am AEST).

Ben Simmons is 0-for-9 from the FT line this postseason. Via Elias, that’s the second-worst start in the pxp era (since 1998). Andre Roberson missed his first 11 FTA in the 2017 playoffs.

but he makes $30 million to play pro basketball and is 0-9 on Free Throws in this series. Crazy!

NBA: Devin Book gave Dennis Schroder a hard shove in the dying second of the game and the Lakers stars were quick to slam him publicly….

NBA: Devin Book gave Dennis Schroder a hard shove in the dying second of the game and the Lakers stars were quick to slam him publicly.