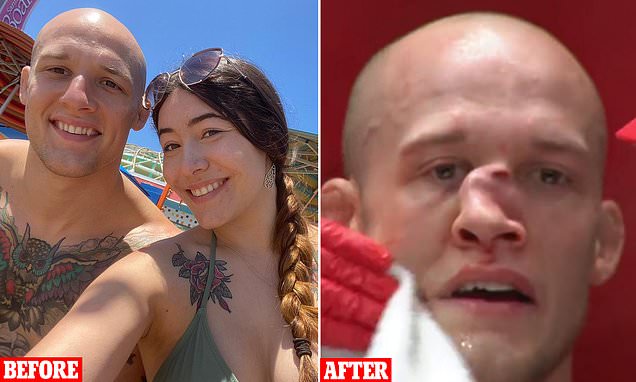 GRAPHIC CONTENT WARNING: Mixed martial artist gets the worst broken nose you will EVER see – but begs the referee to let the fight continue despite the pain

Blake Perry stunned the crowd at last weekend’s A1 Combat 4 MMA tournament when he tried to come out for the second round of his fight despite literally having his nose smashed across his face just minutes before.

The Hawaiian suffered the injury when his opponent Marcel McCain kneed him in the first round of their welterweight clash in Stockton, California, but somehow managed to stick it out until the bell.

There was nothing his corner could do to treat the severe break other than wipe the blood away, but Perry jumped to his feet ready to fight again – only for the referee and ringside doctor to stop proceedings just after the bell sounded for the second round. 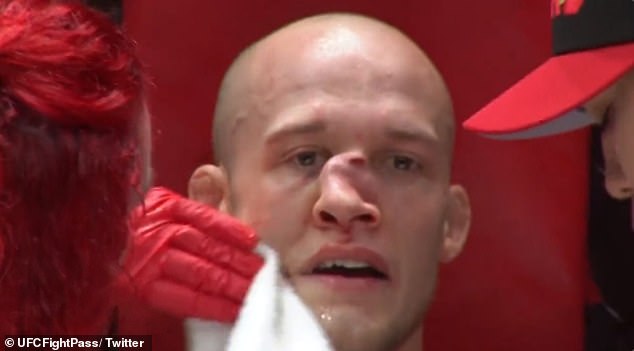 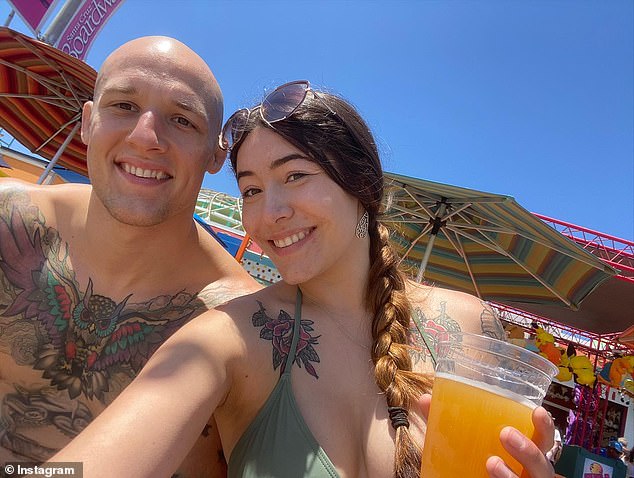 Perry even put his hands together like he was praying and begged the physician to let him continue, but his pleas fell on deaf ears.

‘Unfortunately the doctor would not let me go out for the second round of my fight last night!’ he wrote to his fans on Instagram.

‘Even though the fight was only 1 round we still brought home the fight of the night bonus.

‘Thank you to everyone who has been checking in on my. I am healing up quick and already have a fight booked for this coming weekend,’ he joked. 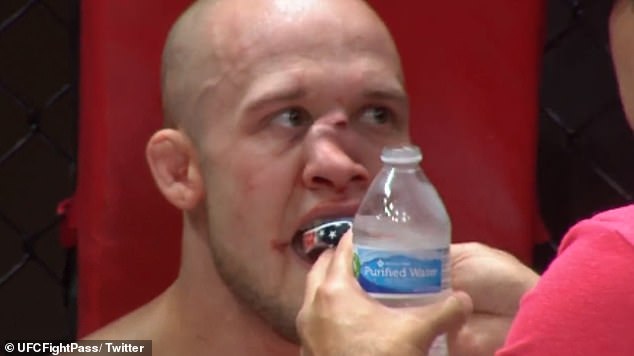 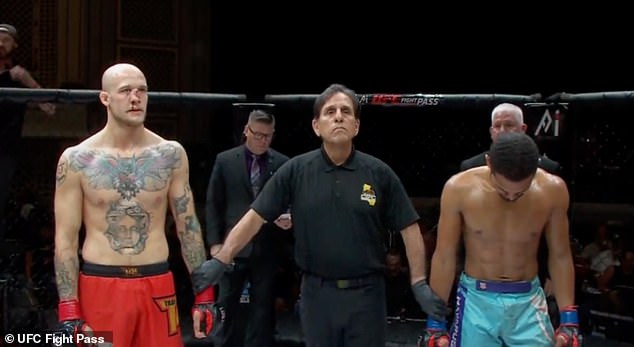 Perry was seen begging the referee (pictured, middle) to let him keep fighting into round two

The 27-year-old also posted some stomach-churning footage of a doctor forcing his nose back into place – apparently without anaesthetic – after the bout.

It was just the second professional fight of Perry’s career and he won praise from the A1 Combat 4 commentators for his unbelievable toughness.

‘That’s the one! Immediately, it’s crooked,’ they said while the knee that did the damage was replayed. ‘And I’ll tell you what, Blake Perry, unfazed, moving forward, Blake Perry continues to fight.’

The fighter later shared an update on his condition with Dr David Abbasi, revealing he wasn’t going to need surgery, just a ‘good ol’ aligning’ to return his face to something approaching normal. 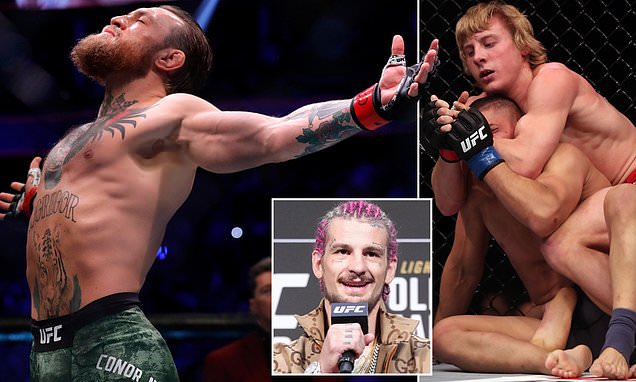 Conor McGregor 'is the GOAT of MMA', insists Sean O'Malley 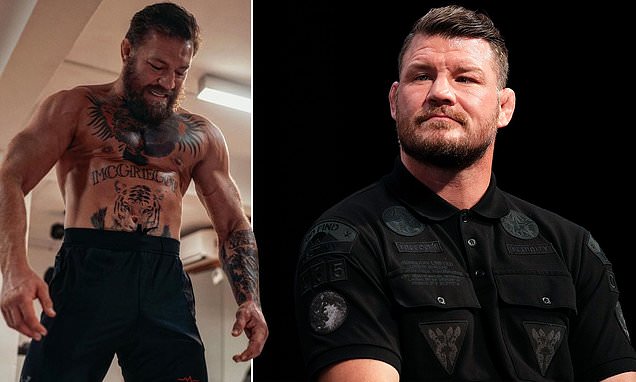 Bisping continues spat with McGregor by suggesting he is 'lonely' 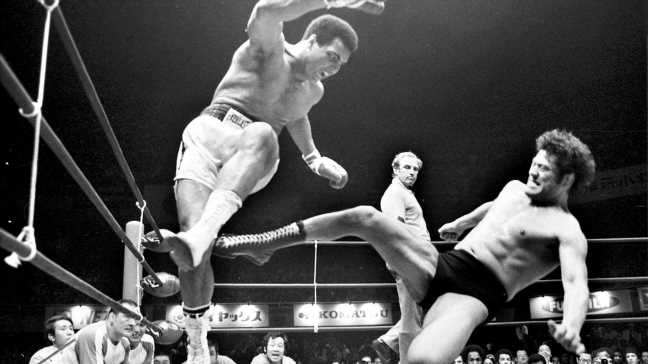