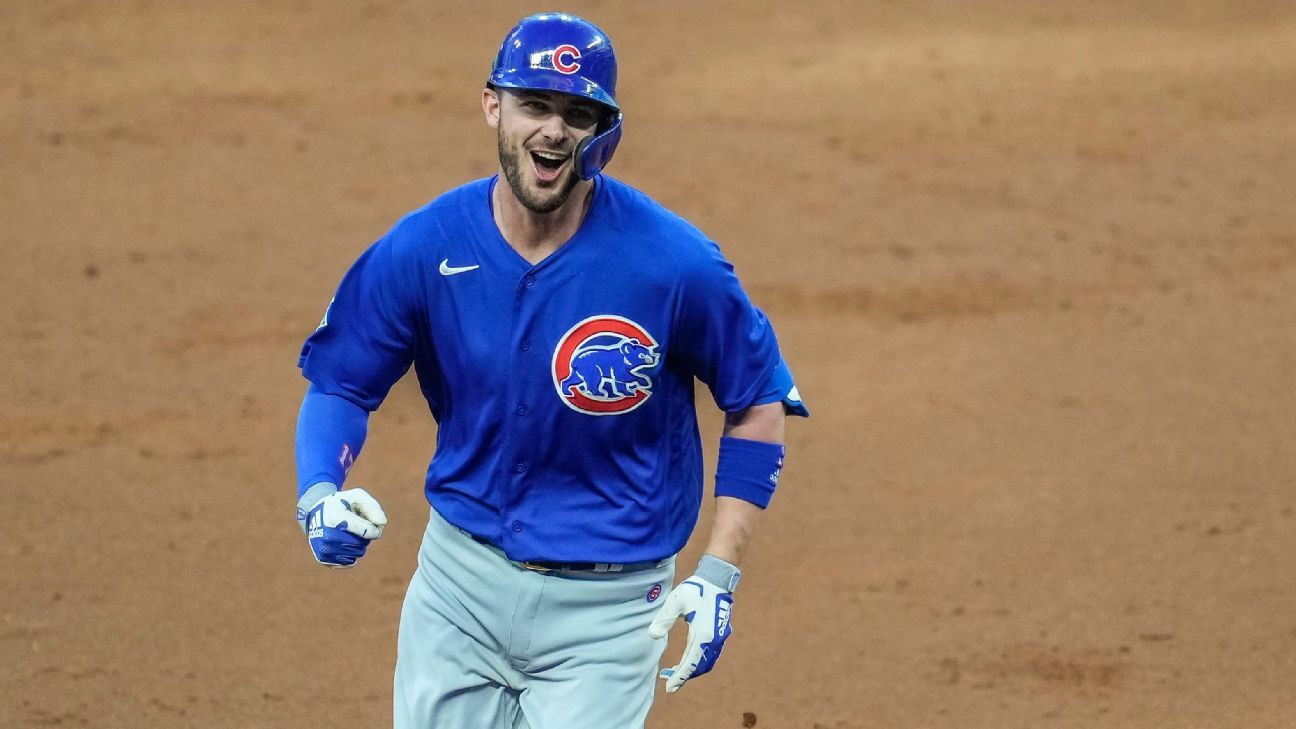 They sound like a law firm, but they were the driving force in the Chicago Cubs edging out the San Diego Padres for the best record in the National League in the month of May.

The Cubs’ 7-2 win at Wrigley Field over San Diego on Memorial Day gave them a 19-8 month — great in and of itself, but even better considering they currently have the most players (9) on the 10-day injured list of any in the majors.

That’s why depth performers like Monday’s starter Kohl Stewart have been huge. Stewart was making his seventh career start and first since 2019 with the Twins because righty Trevor Williams underwent an emergency appendectomy over the weekend. Stewart held the Padres to one unearned run over five innings.

He was aided by Patrick Wisdom’s two home runs and a stolen base. Who’s that, you ask? Wisdom is 29 and playing on his third major league team. Meanwhile, rookie Keegan Thompson threw 2.1 innings on Monday and finally gave up a run — a long ball to MVP candidate Fernando Tatis Jr. His ERA is 0.52.

Tommy Nance pitched the final inning to a raucous Wrigley Field crowd at 60 percent capacity. It’s a far cry from his likely quieter independent ball days, as Nance is yet another come-out-of-nowhere story for Chicago.

Starting to get the picture? The Cubs are getting injured, calling up players and still winning.

“They’re not rookies,” manager David Ross said after the latest win. “These guys have been preparing for this moment. Last year has a lot to do with it. These guys worked with big leaguers or Triple-A players, no matter what their experience was.”

Most of that experience was at the Cubs’ alternate site which prepared players to be ready when called upon. But no one thought they’d have this much success this quickly.

“That’s something in our game that doesn’t get enough [attention], is just the ability to be around other big leaguers that have had experiences that can talk about the big leagues and what it’s like to compete at that level and help guys out,” Ross said. That’s something we have going for us right now.”

And their manager has been at the center of it all, meeting with his trainers and doctors about as much as he is with the players.

Jason Heyward, Jake Marisnick, Nico Hoerner, Matt Duffy, David Bote, Alec Mills and Justin Steele are just a few of the walking wounded. And that doesn’t even include Anthony Rizzo, who’s not on the injured list, but has missed the last week with a bad back. He and the others have turned into cheerleaders.

“They’re rooting for these guys and it’s encouraging as the manager of the team that guys are handling things,” Ross said.

Providing an atmosphere for young or new players to succeed right away is a key element to the 2021 season. The mounting number of injuries are forcing teams to rely on their depth like never before. The ones that can bring out the best in their new or young players might be the ones standing at the end of the season.

“It was a good month,” Ross said. “We cleaned up a lot of areas. Everyone is pulling on the same side of the rope.”

And that includes the pending free agents for the Cubs. Throw a dart at their roster and you’re likely to hit someone who will be testing the market this fall. It’s why a good start to their season was essential — to keep the distractions of the trade deadline or upcoming free agency at bay. Ross and his team have done a great job of it so far

Take Javy Baez. He was getting close to possibly signing a long term deal with the team just days before the pandemic hit. Now, he’s still waiting for his payday while having to put up numbers in case he gets to free agency in November.

After two home runs on Monday, including a 455-foot center field blast, Baez can continue to hold off on his 2022 plans for another day. This is about the team right now.

In other words, Baez believes if his Cubs team sticks together, and keeps the noise away, they’ll be even better on the field as the season progresses.

Having said all that, Baez did take notice of a highly-paid Padres infield, perhaps wondering what the Cubs will do with their own set of infield stars. Baez will be a free agent along with Kris Bryant and Rizzo — unless any or all sign up to stay. So far, that hasn’t happened.

On Monday, with two of the Cubs’ starting infielders down, it still wasn’t better than the home team. In fact, the game produced a feat only accomplished one other time in franchise history.

Wisdom and Baez are the second pair of Cubs to hit two home runs as the starting left side of the infield. Bryant — who also homered — was at first base for the ailing Rizzo while Wisdom was at third in place of Duffy.

Keeping track of the Cubs’ injury merry-go-round hasn’t been easy.

Yet they keep winning.

“A lot of people are getting hurt because we’re not used to a full season,” Baez said. “We’ll see how these young guys adjust to the team and showing what they can do.”

Two separate west coast trips in June, combined with rivalry series with Milwaukee and St. Louis, will tell a lot about the Cubs as they enter trading season in July. For now, they can savor their May. It was a winning one and a complete organizational effort.

“We knew we had a good team to start the season and when you get to prove your beliefs and have a really good month like we just had, it’s really encouraging,” Ross said.