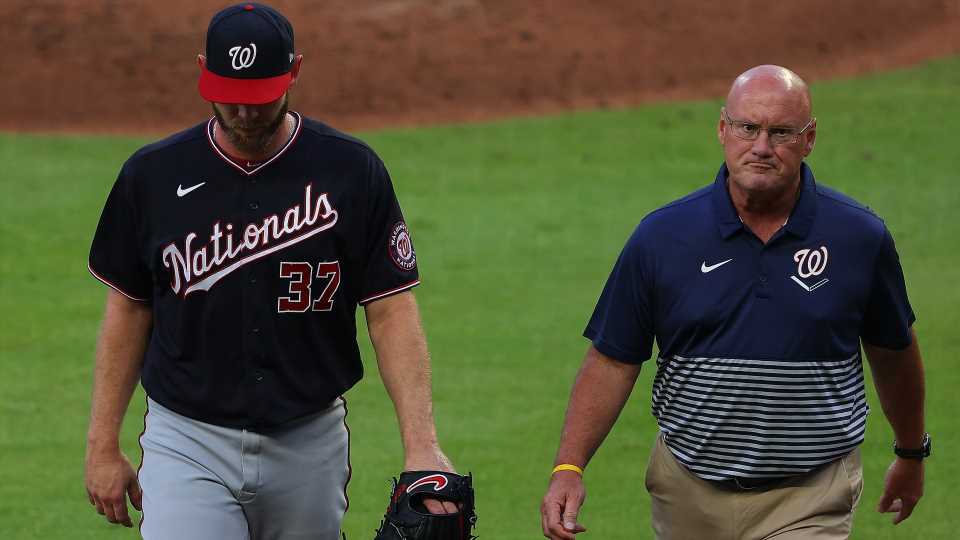 Stephen Strasburg was making his third start since returning from the IL on Tuesday night against the Braves.

Strasburg pitched just 1 1/3 innings against Atlanta before he exited with what was deemed a tight right trapezius, a back muscle that connects to the shoulder and neck. As a result, Strasburg will have an MRI on the injury Wednesday to determine whether he has to go back to the IL.

And from the first batter of the game, Strasburg appeared to be struggling to keep his arm loose.

Strasburg is in the second season of a seven-year, $245 million contract that he signed after leading the Nationals to a World Series. He went 5-0 with a 1.98 ERA during the 2019 postseason and won World Series MVP for his efforts.

However, since that time, he has made just seven starts and has posted a 1-3 record with a 5.74 ERA. And as manager Davey Martinez confirmed, Strasburg’s frustration with his injuries is growing.

“He’s frustrated but I want to make sure we do the right thing, for him and for us,” Martinez said, per ESPN.