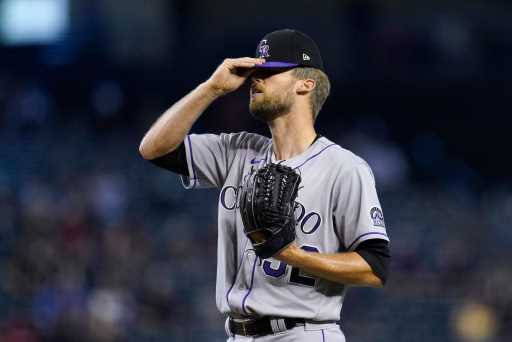 Results? A 9.00 ERA after 10 games (nine innings). The Rockies’ closer has been scored upon in five of his last six outings, allowing 14 hits and walking three.

Sunday afternoon, the Diamondbacks pounded him for four runs on four hits in the eighth inning of their 8-4 victory over Colorado.

“It’s one of two things,” said the right-hander, whose fastball hit 99 mph. “It’s either that the sequencing is getting too predictable, or they know what’s coming. It’s one or the other.”

Bard has a game plan to get back in sync.

“I’ll sit down with coaches, and catchers, as well,” he said. “We’ll address that and see where we think that’s coming from. Like I said, it’s either sequencing, getting too predictable or tipping (pitches).

“I feel really good throwing the baseball. I can’t throw the ball much better than that, as far as just strictly looking at pitch execution.”

“The slider command was pretty good but the fastball command really didn’t seem to be there,” Black said. “He couldn’t really get the fastball in good spots.”

Black said he brought Bard into pitch in the eighth inning because Bard needed to see some action.

“He’s well-rested and that’s one of the reasons he came in the eighth,” Black said. “He had only pitched twice in 12 days. We needed to get him in there.”

“Tap time.” Ramiel Tapia got red hot in the desert. He batted 7-for-11 over the final two games of the four-game series and his two-out RBI single in the eighth was a part of the Rockies’ game-tying rally.

He also made a terrific diving catch on the left-field foul line for the final out of the third inning and stole two bases, including one in the eighth that set him up to be the tying run from second base.

Although the Rockies are scuffling, especially on the road, Tapia just keeps hitting. He’s batting .320 with a .801 OPS.

“My approach and my confidence in my swing stay the same regardless, even when we’re losing,” he said when asked if it’s difficult to produce when the team is looking for someone to spark it. “I try not to think about that type of pressure, and just go out there and compete.”

Gilbreath’s debut. Lefty reliever Lucas Gilbreath, born in Westminster and a graduate of Legacy High School in Broomfield, made his Rockies debut Saturday night. It was a dream come true.

Gilbreath grew up a Rockies fan, playing at Larry Walker Field in Thornton. His father once pulled him out of elementary school to watch a Rockies home opener at Coors Field.

Little wonder he was a bit star-struck sitting in the bullpen Saturday night before he pitched the ninth inning in Colorado’s 14-6 victory.

“I was sitting next to (Jhoulys) Chacín in the bullpen, and I was talking to him the whole time,” Gilbreath said. “I could remember when I was younger just watching him pitch (as a starter for Colorado). I was asking him about all the guys he played with because I remember all those teams. I used to go to quite a few games, and sometimes, we’d get seats behind the dugout, near the dugout.”

It’s early May, but Márquez will already be making his third start against the Giants. He was on the losing end of both of his first two starts, allowing seven runs on 10 hits with six walks and 12 strikeouts across 9 2/3 innings. The right-hander is 1-0 with a 3.13 ERA in four starts at Coors Field this season (three consecutive quality starts). He is 1-1 with an 8.10 ERA in three career starts vs. San Francisco in Denver, but that high ERA is skewed by a terrible outing on July 15, 2019, when he gave up a career-high 11 runs in just 2 2/3 innings. Rockies wrecker Alex Dickerson has hit Marquez hard, batting .471 (8-for-17) with one home run and three doubles. Sanchez yielded only one hit across 4 2/3 innings in his last start Tuesday in a 7-5 loss to the Rockies, but Sanchez issued a season-high five walks, leading to two runs. Colorado has only 30 combined at-bats vs. Sanchez, but Charlie Blackmon is 2-for-6 with a double and two RBIs.

Trending: After getting four hits on Saturday night, left fielder Raimel Tapia went 3-for-5 Sunday. He’s batting .395 (17-for-43) with nine runs scored and eight RBIs in his last 12 games. 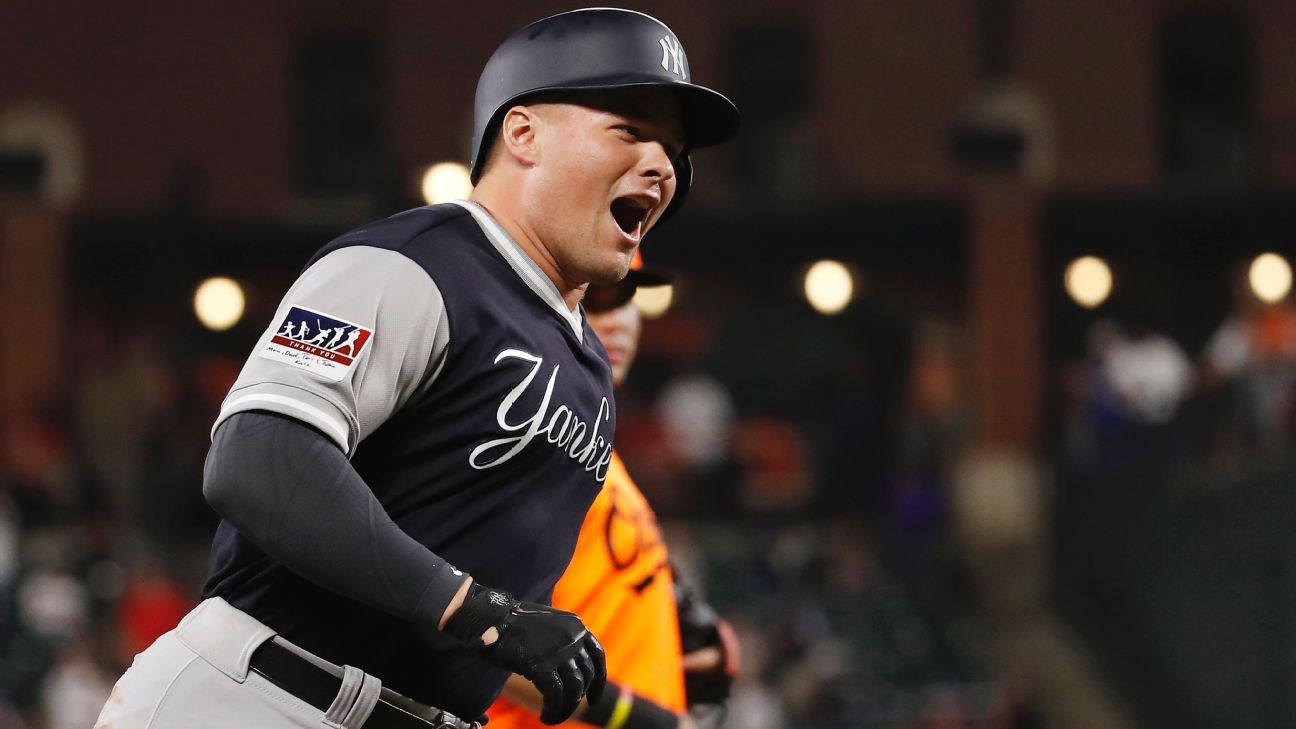 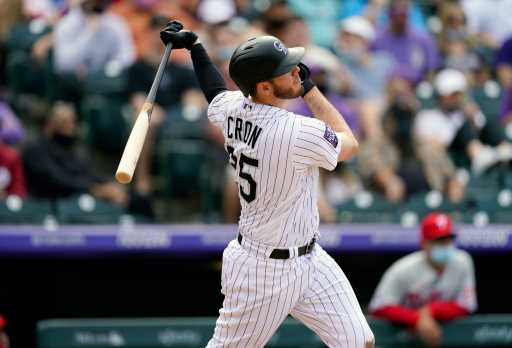 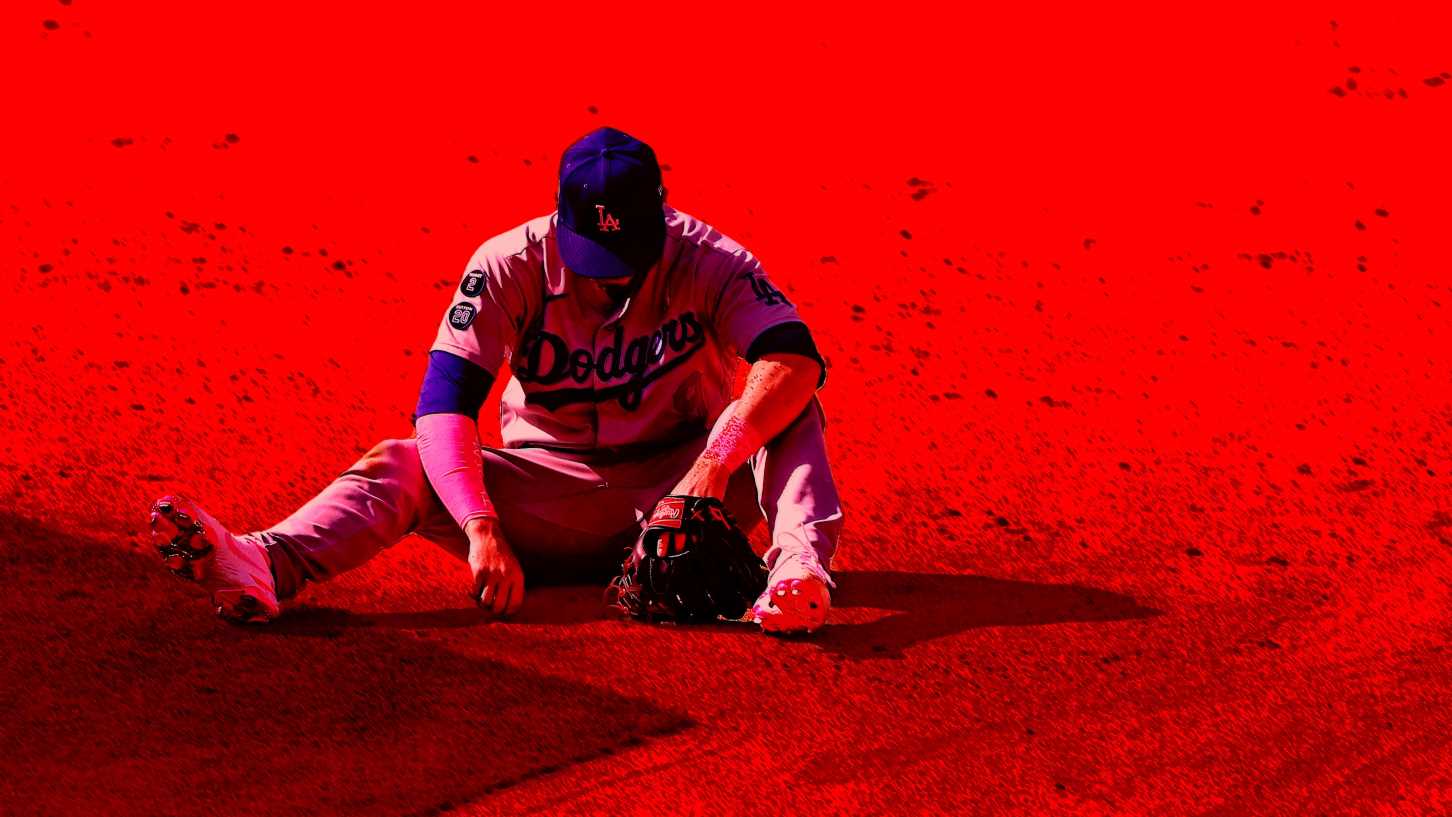