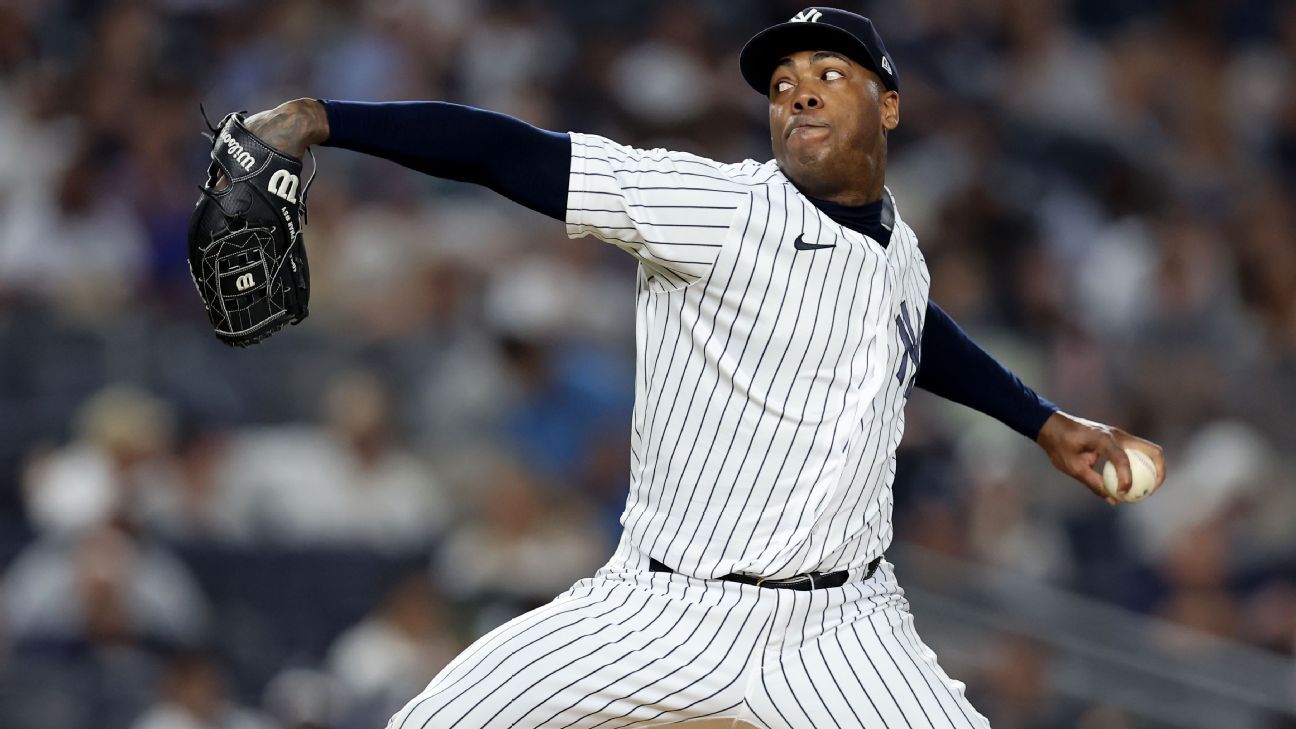 Left-handed reliever Aroldis Chapman has reportedly agreed to terms on a one-year, $3.75 million contract with the Kansas City Royals.

A seven-time All-Star, Chapman struggled mightily last season with the New York Yankees. He posted a 4-4 record with 9 saves, a 4.46 ERA and a 1.43 WHIP in 43 relief appearances.

Chapman’s time in the Bronx appeared shaky after he was left off the team’s roster for the American League Division Series against the Cleveland Guardians. The decision came after he missed a mandatory team workout.

Overall, Chapman owns a 44-35 record with 315 saves and a 2.48 ERA in 667 career relief appearances with the Cincinnati Reds, Chicago Cubs and Yankees.