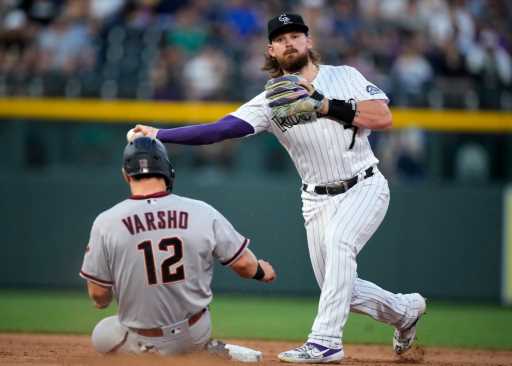 Pose a Rockies — or MLB — related question for the Rockies Mailbag.

Hey Patrick, a pretty silent offseason for the folks down at 20th and Blake. What happened to the Rockies thinking of trading second baseman Brendan Rodgers for pitching? Seems like they missed the boat on this one since they need pitching. Right now they have a bunch of No. 4 and 5 (starters) and a lackluster bullpen.

Rip, you’re right, it’s been a very quiet offseason for the Rockies’ front office. Clearly, though the club won’t say so, the plan is to try and improve in 2023 and shoot for contention in 2024-25. And you’re absolutely right when you say that this team needs pitching. Both quality and depth are lacking right now.

In regard to trading Rodgers for a starting pitcher, the Rockies did hold preliminary talks with the Marlins about a trade for 24-year-old right-hander Edward Cabrera, who posted a 3.01 ERA in 14 starts for Miami last season. It was an intriguing deal for the Rockies because Cabrera is a former top-100 prospect who’s made just 21 big-league starts and has yet to reach a full year of service time. He’s flashed a lot of potential, so he’ll be under team control for a long time. That’s the kind of trade that makes sense for Colorado. Much like the trade that brought German Marquez to the Rockies.

But from what I have been told, the Rodgers deal never gained much traction, but I don’t know what hurdles derailed the trade discussions.

Please tell me what the Rockies have done over the postseason to improve the team. I have no idea how giving up Connor Joe was an improvement and, despite seeing articles about other major league teams making deals, I see nothing about the Rockies. Am I missing something?

I hear lots of folks saying they don’t think the Monfort family really wants the team to win games. Being a lifetime baseball fan, I hope they are wrong.

Alan, as I mentioned in the previous segment, the Rockies have not made any major deals, choosing, instead, to work under the radar. They have traded for pitchers such as Jeff Criswell (in a deal with Oakland) and Connor Seabold, acquired from Boston in a trade on Tuesday.

The Rockies’ biggest acquisition is probably Nolan Jones, who was acquired from Cleveland on Nov. 15. Jones, who turns 25 on May 7, came to the Guardians as an infielder but evolved into a part-time outfielder last season. Jones, who has a minor-league option, has a chance to make the opening-day roster as a corner infielder and outfielder.

If the Rockies don’t make a trade between now and spring training, it will be a very underwhelming offseason.

Who gets the spots on the bench on opening day? Obviously, spring training performance impacts it a lot, but what’s the most likely scenario for those four spots?

Spencer, wow, you’re chomping at the bit for baseball. Good for you.

You’re right when you say that spring training is going to determine a lot. That’s true for a number of players.

As it stands now, I have three penciled in as bench players: Outfielder Sean Bouchard, infielder Alan Trejo and corner infielder Elehuris Montero. The fourth bench player would be either Randal Grichuck or Yonathan Daza, depending on who is starting in center for a particular game. Also, Brian Serven is the backup catcher.

Two other players, first baseman/right fielder Michael Toglia and newly acquired corner infielder/corner outfielder Nolan Jones, have a chance to make the roster if they play well in spring training.

Greetings Patrick. Being an old-school, eye-test evaluator, the new sabermetrics and sports analytics seem overblown to me. So please enlighten me. Which metrics are most important — WAR, DIPS, OPS, or the ever-popular exit velocity and launch angle, which I assumed were applied to rocket science? Thank you.

Hey Robert, thanks, as always, for your participation in the Rockies Mailbag.

That’s a difficult question to answer because there are so many moving parts, so many positions and so many statistics in baseball.

I believe that WAR is a valuable tool, especially when you’re evaluating a player over the length of his career. WAR, for those who don’t know, stands for “wins above replacement” and measures a player’s value by deciphering how many more wins he’s worth than a replacement-level player at the same position.

I had to look up “DIPS” (defense-independent pitching statistics), which is more commonly called FIP (fielding independent pitching). FIP is similar to ERA, but it focuses solely on the events a pitcher has the most control over — strikeouts, unintentional walks, hit-by-pitches and home runs. It entirely removes results on balls hit into the field of play. It’s an OK stat, as far as it goes, but for groundball pitchers like those that the Rockies covet, it only tells you so much. I think WHIP is a solid stat. WHIP is the sum of a pitcher’s walks and hits, divided by his total innings pitched. The Rockies’ team WHIP last season was 1.442 vs. the MLB average of 1.226.

I like OPS (on-base percentage, plus slugging) as a solid measurement for offensive players. And I really like OPS+, which takes a player’s OPS and attempts to normalize the number across the entire league. It accounts for external factors like ballparks, such as Coors Field. It then adjusts to where a score of 100 is the league average, so 150 is 50 percent better than the league average. As a team, the Rockies’ OPS+ last season was 90 (according to Baseball Reference), which ranked 25th. Among those Rockies players who saw regular playing time last season, C.J. Cron’s 107 OPS+ was the best.

One old-school statistic I still really like is a player’s batting average with “runners in scoring position” (RISP), which I think is a solid measure of clutch hitting.

I thought surely the Rockies would try to go after A.J. Pollock when he was available, but I never heard even a rumor that they tried. To me, he is the answer in center field. Although he is right-handed, he is great defensively, is a good hitter with power, and has killed the Rockies often over the years. Did they even consider that?

Tom, I totally disagree with you. Why would the Rockies sign a 35-year-old outfielder when they are trying to develop their young players? You’re right, Pollock used to kill the Rockies but he was just a decent offensive player with the White Sox last season. Overall, he slashed .245/.292/.389 (.681 OPS) with 14 homers and 56 RBIs in 138 games. I understand why the contending Mariners gave him a one-year deal for $7 million, but I don’t see a fit in Colorado. Also, I don’t believe the Rockies pursued him at all.

Want more Rockies news? Sign up for the Rockies Insider to get all our MLB analysis.